Rudy Gatlin Talks About His Brothers and the Music Business Today 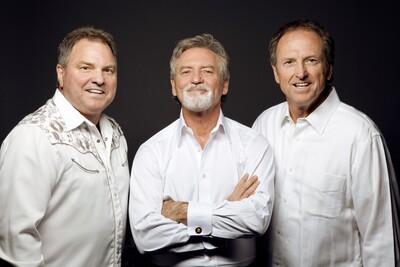 If you were listening to country music back in the seventies, you will remember the Gatlin Brothers. Larry had started off solo. In the late seventies, the Gatlin Brothers released their first album, Straight Ahead. That album gave the brothers a hot number one hit with their song, “All The Gold In California.” The album was certified platinum, topping out in the U.S. at number seven and in the Canadian charts at number five.

The brothers went on with other hits that still resonate with fans and brings back memories. Each time songs like “Houston (Means I’m One Day Closer To You)”, “She Used To Be Somebody’s Baby”, “Talkin’ to the Moon”, and “Love of A Lifetime” are heard, fans are taken back in time and are crowd favorites at Gatlin Brothers shows all over the country.

Larry (6 years old), Steve (4 years old), and Rudy (two years old) started singing southern gospel music as they listened to the greats who were recording it at that time. They recorded a total of four gospel albums.

Larry was noticed by Dottie West who encouraged him to write music. He wrote eight songs for her which she recorded. This led to Larry meeting Kris Kristofferson who took him under his wing and introduced him to all the right people. Shortly thereafter, Steve and Rudy joined Larry in Nashville and formed the group we know and love today. The rest, as they say, is history.

The Boomerocity Interview With Rudy Gatlin

Al Staehely Gives Us A Musical Hello
278 views
Posted December 2021 Photo by Hill Taylor WhiteA few years ago, you may remember hearing a lot in t...