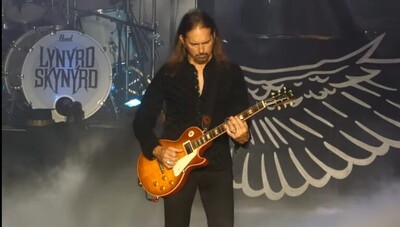 If you’ve followed Boomerocity since the beginning, you already know that we LOVE Damon Johnson.

He was first interviewed by Boomerocity eleven years ago (here) while he was still one of Alice Cooper’s axe men. Since then, he has been our guest five more times (counting the interview below).

One thing that I’ll saw about Damon Johnson is the boy never sits still nor rests on his laurels and accomplishments. He’s always creating. Always playing. Always checking out something musically knew that he may learn and adapt.

Did I already say we love Damon Johnson?

Since Damon last chatted with Boomerocity, he has brought his most notable band, Brother Cane, back together. He’s also been seen on Lynyrd Skynyrd’s stage, filling in for a recuperating Gary Rossington.

It is for those two reasons that Damon sat and chatted with Boomerocity. You’ll definitely want to hear what he has to say about both and some other things he shared with us.