Jimmy Carpenter and The Lousiana Record 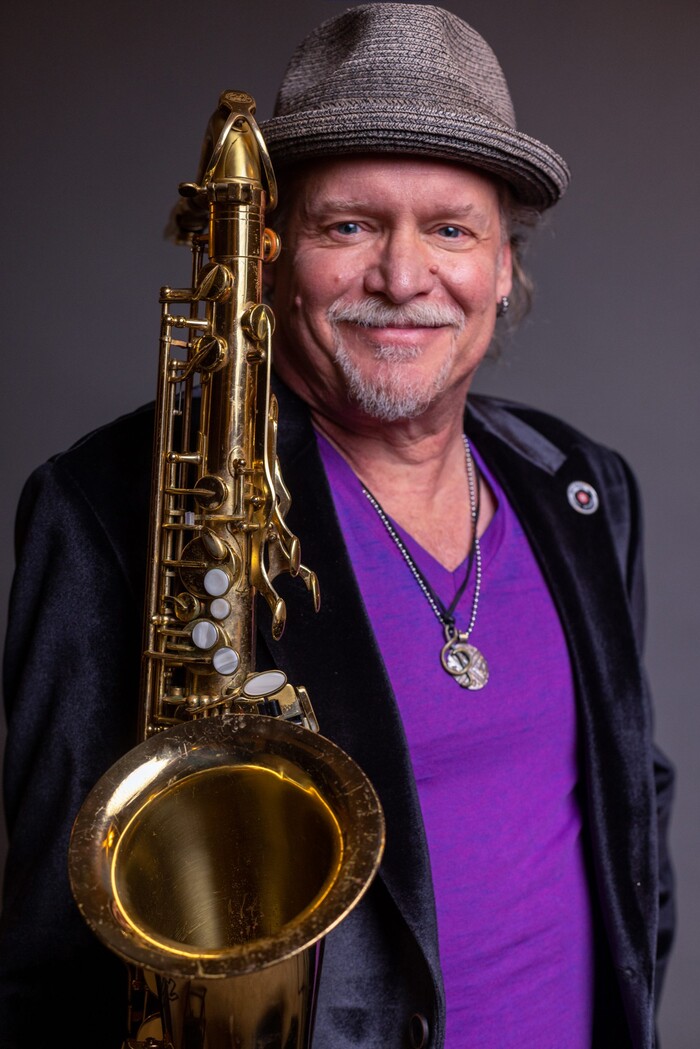 Sax music is a favorite here at Boomerocity. We interview sax players as often as we can. The likes of Mark Rivera (Billy Joel’s band and Ringo’s All-Starr Band) and the late, great sax man for the Rolling Stones, Bobby Keys.

When Boomerocity received the new Jimmy Carpenter CD, “The Louisiana Record” and listened to it, we were blown away (pardon the pun). So much so that we just had to interview the man himself.

The interview, below, is the first of what we hope are many more interviews to come. Our chat with Carpenter was fun, informative, and enlightening.

We ask that you invest the time to watch or listen to this fun interview with Jimmy Carpenter. Share it with your friend. After you do, please click on the album cover in the press release shown below the interview and order your own copy for your listening library.

The Boomerocity Interview With Jimmy Carpenter

Two-time Blues Music Award-winning sax player Jimmy Carpenter (2021/2022), who’s also been nominated recently for a Blues Blast Magazine award for best horn player, has something special in-store for his fans with the release of his new CD, The Louisiana Record, due September 16 from Gulf Coast Records.

“When Mike Zito, my old friend and co-owner of Gulf Coast Records, called to say it was time for me to make another record, I was super excited,” Carpenter recalls. “When he told me about his idea for a Louisiana-themed cover album, I admit I was skeptical; but the longer I thought about it, the more I liked the idea. As Mike pointed out, there is no doubt that my time in New Orleans redefined me as a musician and changed me forever on many levels. When he suggested we go down to Dockside Studios, situated on the lazy Vermilion River south of Lafayette, Louisiana, record with iconic New Orleans engineer, Mr. David Farrell, AND work with some of my dearest friends and finest musicians in the Crescent City, I was absolutely sold. From a very long and amazing list, we chose songs by some of the most important songwriters in American music, artists like Allen Toussaint, Fats Domino, and Dr. John. The Louisiana Record is my tribute to the mash-up of Blues, Soul, Rhythm & Blues, and Rock-n-roll that is New Orleans Music.”

Now based in Las Vegas, Jimmy Carpenter lived and performed in New Orleans from early 2004 until 2016, and his time there clearly influenced his music.

“Without question, New Orleans and the music that flows out of that great city have had a huge impact on me, musically and personally,” Carpenter says. “These are songs by iconic American songwriters, just a few of my favorites that helped shape me and my approach to writing, playing, and living. It is impossible to overstate the influence New Orleans, its music and its musicians have had on me, as player, songwriter, and performer.

"The musical bar in New Orleans is set very high, and it's both terrifying and inspiring. I got used to being in over my head and hanging on for dear life. But as daunting as the music can be, I was welcomed and encouraged by the musicians and the community. My friends that recorded this album with me were all huge parts of my ‘upbringing” in that scene, and I'm so happy we came together again to record these songs.
"There are so many songs that I've come across in my life that originated in Nola. I did ‘I Hear You Knocking’ and ‘Travelin' Mood’ years ago, but hearing Fats Domino and Dr. John do them - right in front of me - really gave them new meaning.

"As I searched for songs for this record, the one that I was sure I wanted to do was the beautiful ballad, ‘All These Things. Written by one of the world's greatest songwriters, Mr. Allen Toussaint, and recorded originally by Art ‘Poppa Funk’ Neville, it is the epitome of New Orleans soul: simple, melodic, grooving and a great song for some pretty sax.

"‘Something You Got,’ by Chris Kenner, is a standard in New Orleans, but I did not realize how many artists, from all over the world, have recorded it. I think we put a very cool, funky, greasy spin on it, and it's gonna’ be in my regular set hence forth.

"This record is very different for me, recorded almost completely live, with simple instrumentation, and no frills. Strong melodies, laid back, grooving, iconic songs that were a real pleasure to play and sing, especially with this group of musicians, and literally on the bayou at Dockside Studios."