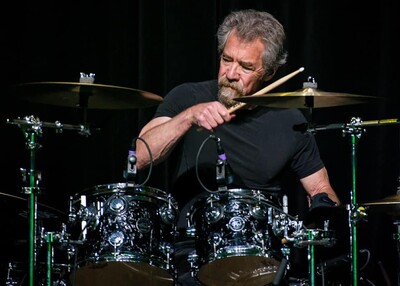 I’ve said it a lot over the years. In fact, I said this the last time I interviewed Cosmo Clifford (last year): “It’s always flattering when an artist sits for a Boomerocity interview for their second (or more) time. They have a lot of demands on their time so when they take the time to chat with me about their new projects, I never take it for granted.”

Well, to say that I’m honored to be chatting with legendary rock and roll drummer Doug “Cosmo” Clifford for a fourth time would be a severe understatement.

To talk to Cos about a previously unreleased album he pulled from the archives he recorded with the great Bobby Whitlock? Well, let’s just say that I had to change my pants when the interview opportunity presented itself.

The album is called, “California Gold”. As with the other three interviews with Cosmo, this one is laid back and we cover the story behind the album and even talk some more about CCR’s performance at the first Woodstock and the just-released documentary, “Travelin’ Band: Creedence Clearwater Revival at the Royal Albert Hall”.

Any time you have the chance to chat with and listen to legends in any field of endeavor, it’s an honor and an opportunity to gain their unique insight into not only their work but the life they’ve lived and the world we presently live in. That is certainly the case in this interview with Cosmo.

Please watch and listen to it carefully. Share it with your friends. Then, please order your own copy of California Gold as well as copies for the music lovers on your gift list. You can read the official press release about the album at the bottom of this page (just under the interview video). 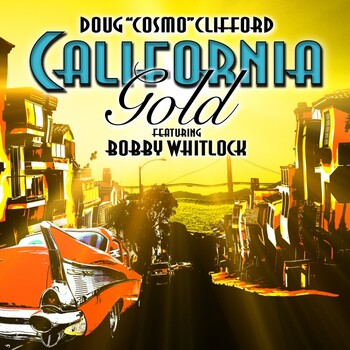 This past summer he re-discovered what he thought was a long-lost album called California Gold. It features Bobby Whitlock on lead vocals, singing 10 original songs he and Cosmo co-wrote together. The album was recorded at the infamous "Cosmos Factory" and various other San Francisco Bay Area studios and the result is indeed a newly unearthed treasure.

The rock luminaries joined forces to create a perfect good time rock-n-roll record.
Doug Clifford is known for his powerful drum style in one of the most popular American bands from the late 60s and early 70s, Creedence Clearwater Revival. Co-founder of Derek & The Dominos, Bobby Whitlock is well known to rock fans, critics and music aficionados. As well as being a singer/songwriter, guitarist and Hammond B-3 player, the musician has enjoyed his own string of hits in collaboration with Eric Clapton including “Layla,” “Bell Bottom Blues,” "Tell The Truth" and more.

Doug and Bobby gathered other top shelf musicians along their journey including producer/writer and bassist extraordinaire, Donald "Duck" Dunn who ushered in the sounds of Stax and played bass on literally thousands of recordings. Other musicians include Tom Miller on bass and David Vega and Mike O’Neill on guitar.

The songs are a combination of roots rock and melodic blues, all natural with no filler. Whitlock’s powerful and distinctive vocals are in top form and Cosmo’s drumming is rock solid, stretching beyond his well-known Creedence grooves.

For reasons that shall remain a mystery, California Gold was somehow lost in time. But now that the album has been re-discovered, perhaps its time is here and now.

The California Gold release date for streaming and downloads is Sept. 9 via Cliffsong Records, distributed globally by BFD/The Orchard. CD available for pre-order now at https://orcd.co/DougCliffordCaliforniaGold