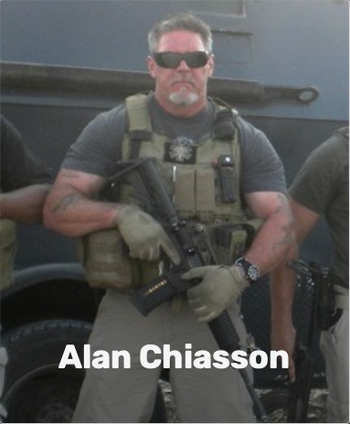 The U.S. war in Afghanistan that ended last year was the longest military war in our country’s history. It was a war that was staffed, fought, and ended like none of our other wars. History will judge its justification and whether it was successful. What is not in question is the bravery and sacrifice of those who served there.

Two of those people are Alan Chiasson and Edward Ford. These two men served on a team of private security contractors, working high-risk contracts, making important deliveries all of Afghanistan and encountering the enemy. Alan and Edward have written a book , Postcards Through Hell, that details some of their experiences as the Afghanistan Pony Express.

Chiasson shares, “The book covers a period from 2009 to 2012. Initially, we were tasked with delivering critical supplies to operational detachment Alpha outposts throughout Afghanistan. Eventually we picked up a Department of Defense Contract for the US Mail. We were responsible for taking mail from Kabul and Bagram and we would drive it in convoy to all these different locations. The main route was called Ring Road. It was laden with Taliban and plenty of attacks almost on a daily basis. We 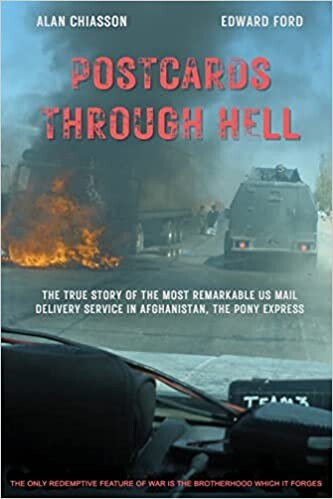 Click Above To Order Your Copiessuffered quite a few ambushes. We lost 10 Guys in three years. Rest in Peace guys. They called us the Pony Express.”

Alan continued about the book, “The story is about my team leader, Edward Ford. He and I were there for a lot of the things that happened, but we were on different teams. He had a memoir, and I had a journal and we kind of combined those two together to create a timeline. That was that period from 2009 to 2012. Unlike Iraq, we never saw the enemy. But in Afghanistan, if they attacked you, then the fight was on. If you get ambushed, and you get a vehicle down, you’ve got to cross-deck, you have to return fire. Sometimes, you have to kill the enemy just to get out.”

Time has a way of making people forget certain things. We must never forget what our men and women who have served our country and its interests all over the world. One way to never forget is to purchase a copy or two of Postcards Through Hell by Edward Ford and Alan Chiasson. It is available wherever books are sold.

The Boomerocity Interview With Alan Chiasson