Diego "Bull" Avello Is Herding His Buffalos To Worldwide Succes 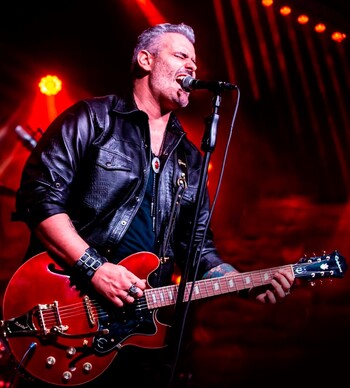 Long-time Boomerocity followers know that we are not least bit afraid to reach out and talk to bands from elsewhere other than the US or UK. Interviews that come to mind Tak Matsumoto from Japan, of the group, B’z. They're huge in Japan and tried to make a breakthrough here in the US.

I did an interview with him by email. I also interviewed my good friend, Jan Carlo DeFan of the great rock band from Mexico called Elan. That developed into a very good friendship from that interview.

Consequently, it brings me a lot of joy to bring to you my interview with Diego “Bull” Avello from the band, Bull Y Los Buffalos. I genuinely love this band. They bring American rock and roll from the heart of a man from Spain, if you can imagine that. They play in Europe, the US, and Mexico. They’re winning fans over very fast when you listen to their music and I encourage you to do so, too - especially the video I have embedded on this page. I think you're going to become a fan right away. He's good ol’ rock and roll - and how ironic it is from a man from Spain.

PARAMOUR RECORDS KICKS DOWN THE DOOR WITH NEW RELEASE FROM 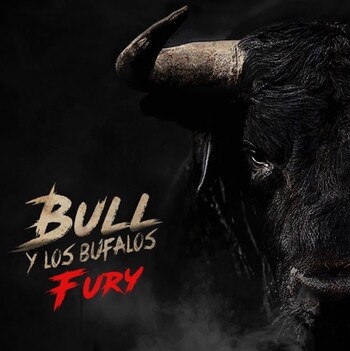 A sonic blend of Texas blues-rock, Rock and Roll, and a hint of Spaniard flare, Bull y Los Bufalos’ is the latest music endeavor by Bull - a Texas-by-way-of-Spain journeyman who forged his own path by fearlessly taking the road less traveled. The sound reflects his driving ethos of never backing down to achieve his goals. With a repertoire of both English and Spanish lyrics topping fire-roasted riffs and rhythmic grooves, Bull y Los Bufalos has caught the ear and attention of unique crowds worldwide, landing them everywhere from the famed Whisky A Go Go to the largest biker festivals in Latin America. Above and beyond a reputation for powerhouse live shows, the rugged theatricality of Bull’s brand of rock led his music to be featured in the globally distributed television series Sons of Anarchy spin-off Mayans MC.

Bull hails from Asturias - a captivating region of Spain that’s home to religious sites, historical medieval architecture, and rugged mountains. That rich, cultural tapestry informed his creative spirit, which he carried with him to Madrid, where he began his musical journey. He then spent several years in various parts of Mexico before making his way to the US, where he started Bufalo y Los Bufalos. Amidst the course of his travels and career, Bull has released three studio albums and a live album, with several successful national and international tours under his belt. Fury marks the next chapter of his story, as he continues to establish a blazing, burning legacy with no signs of stopping – the soul essence of “Stubborn Rock”.