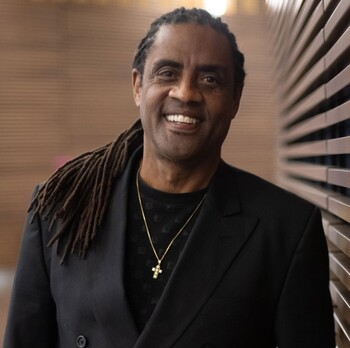 Kenny Neal is a phenomenal blues guitarist born in New Orleans and raised, and living in Baton Rouge, Louisiana. My lord can this guy play the blues! His DNA is nothing but the blues. He just can't help but play the blues. That could be because he was raised by - and learned from - his dad, Raful Neal, who was a great harmonica player.

Because of that connection, he got to sit with many of the greats like Buddy Guy, Slim Harpo, and those types. He got to meet so many other great people and develop friendships with them, as well.

As you might recall, last year I interviewed Tito Jackson, one of Michael Jackson's older brothers, and Kenny produced the album that Tito and I were talking about. Well, fast forward to this year. Since that time, Kenny has released his own album called Straight from the Heart. It's a Louisiana themed album and it comes straight from Kenny's heart.

When you listen to that album, it's going to blow you away because it's some of the most amazing blues you're ever going to hear. I promise you that.

I’ve wanted to interview Kenny ever since I became aware of his work. Kenny and Tito are touring together and when I got the press release announcing the tour, I knew couldn’t wait any longer. I had to reach out to Kenny and see if we can get an interview together.

Despite myriad technical problems that delayed our call, we made the thing happen. In this interview we talk about what he did during the pandemic, his remodeling projects, and his new venture at his one of his homes in Baton Rouge where he brings artists together, has performances, gives them a place to stay, a full-function restaurant, among other things. 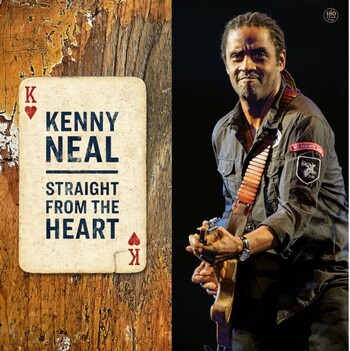 Click Above To Order Your CopyKenny was gracious and so much fun to talk to. I think you're really gonna love just listening in on this conversation.

The video is kind of rough because he's holding his phone showing me around his place during the video call.

Yes, he gave me a tour of the place and you’re coming along with us! We’ll see his sisters working in the kitchen and his cousins and nephews working on the grounds there to get things ready for his then-upcoming birthday.

Please take some time to watch this interview. Share it with your fellow blues loving friends. Buy Straight from the Heart if you haven’t already (you can buy it by clicking on the album cover on this page).

The Boomerocity Interview with Kenny Neal