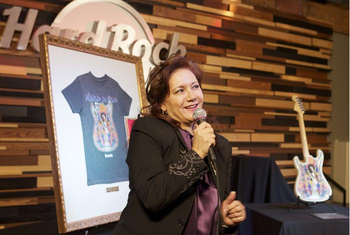 The name conjures up images, memories and sounds as individual as those who hear the name. I said something similar in the opening of my last interview with Janie Hendrix.

I’ll continue with that thought for this interview. As I referenced the last time, one of the first images for me is a vague memory of my late best friend in sixth and seventh grade, Jim Hughes, turning me on to Jimi. Additionally, I think of any number of segments of Hendrix’s amazing catalog of legendary music.

For some of you, it may be remembering seeing Jimi in concert, maybe even at Woodstock. Others will remember how his music 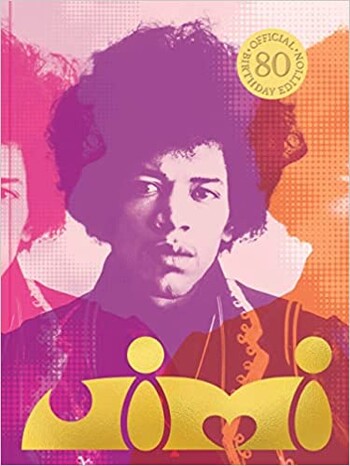 Click Above To Order Your Copiesinfluenced your own musicianship or even changed your life.

Regardless of what comes to mind, it all validates the fact that Jimi Hendrix made a permanent imprint in society and in history. His sound was unmistakable and countless guitarists have made it their goal to emulate their guitar hero’s sound.

As everyone knows who has the slightest knowledge of Jimi Hendrix has even, he passed away far too soon at the tender age of 27.

Think about that for a moment.

Many of you baby boomers have grandkids older than that now. Sobering.

Had Hendrix lived, he would turn 80 years old this month. It’s hard to imagine an 80-year-old Jimi Hendrix because he’s forever young in our minds.

The book is excellent and is chock full of amazing photos and commentary by Janie and John. It is the perfect addition to the personal library of any music and/or Hendrix fan on your gift-giving list. You can order those gifts by clicking on the book cover shown on this page (the press release for the book is below).

Please watch the interview. We hope you enjoy it. Afterward, please share it with your fellow Hendrix fans. Follow the latest offerings from the Jimi Hendrix estate by following their three websites, JimiHendrix.com, AuthenticHendrix.com, and ExperienceHendrixTour.com. They are also on Facebook, Instagram, Twitter, and YouTube. There’s also a public Hendrix playlist on Spotify.

The Boomerocity Interview With Janie Hendrix and John McDermott

JIMI is the ultimate tribute to the greatest guitar player in rock and roll history, celebrating what would have been Jimi Hendrix's 80th birthday on November 8, 2022. This comprehensive visual celebration is an official collaboration with Jimi's sister, Janie Hendrix, and John McDermott of Experience Hendrix L.L.C. JIMI significantly expands on the authors' previously published titles, including An Illustrated Experience, and features a new introduction by Janie, extensive biographical texts, and a trove of lesser known and never-before-published photographs, personal memorabilia, lyrics, and more. Additionally, JIMI includes quotations by legendary musicians, such as Paul McCartney, Ron Wood, Jeff Beck, Lenny Kravitz, Eric Clapton, Drake, Dave Grohl, and others who have spoken about Hendrix's lasting influence.

In the four years before his untimely death at age 27, Jimi Hendrix created a groundbreaking musical legacy, one that includes revered classics such as "Purple Haze" and "Voodoo Child." His signature guitar playing, provocative songwriting, and charismatic performances have continued to inspire legions of musicians and fans alike.

Janie L. Hendrix is the president and CEO of Seattle-based Experience Hendrix L.L.C. and Authentic Hendrix L.L.C., the family companies of Jimi Hendrix, which were founded by James "Al" Hendrix in 1995, as a means of keeping Hendrix's legacy alive. Janie ushered the companies into the 21st century with the dream of her father and brother in mind.

John McDermott is the director, writer, and producer who has long been associated with the legacy of Jimi Hendrix. He has served as the catalog director for Experience Hendrix L.L.C. for nearly three decades. Together with Janie Hendrix and Eddie Kramer, McDermott has coproduced every Jimi Hendrix CD and DVD release, including 1999's Grammy Award–winning Band of Gypsys, 2014's Emmy Award–winning Hear My Train A Comin', and the recent Grammy-nominated Music, Money, Madness: Jimi Hendrix In Maui.