The Jorgensens Are the Soul of Americana and Blues 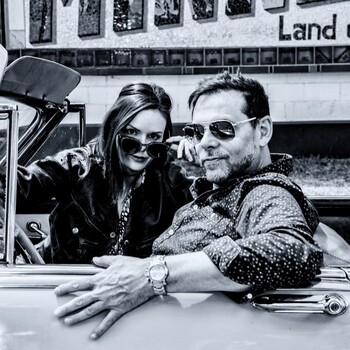 Brianna & Kurt JorgensenAs frequent Boomerocity visitors already know, I love turning people on to acts that they may not have heard of. That is especially the case with The Jorgensens. They're up in the Minneapolis - St. Paul, Minnesota.

The Jorgensens and their band really put together some great music. When I got their CD, I immediately fell in love with this album, Americana Soul. It is a wonderful album to add to your collection. Also, the Jorgensens are a great band to begin following and become a fan of because they are very good.

Listen to the guitar playing by both, the vocals by both, and how they harmonize. It's phenomenal. Trust me on that.

The Boomerocity Interview with The Jorgensens 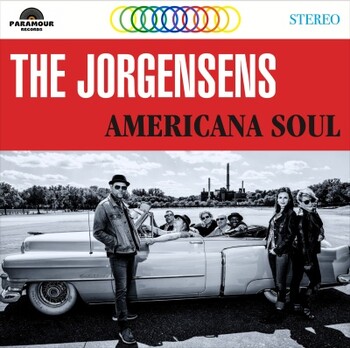 Specializing in an honest, authentic style of roots rock/AAA/Americana-steeped sound, The Jorgensens’ have earned a loyal fanbase and press adulation for their signature steel-sharp musicianship, honey-soaked harmonizations, and relatable lyrics, which have drawn comparisons to Delaney and Bonnie and Alabama Shakes. Kurt’s mix of vintage guitar, bouncy basslines, and modern technology blends with Brianna’s classically-trained multi-instrumental talent, as she deftly commands keyboards, guitar, and mandolin, among others. Add the remaining members unique, diverse talents, and the result is a mix of vintage classiness, hip style, and a love of fun (which beams out of their music videos). Blending influences from the blues, bluegrass, traditional earthy spirituals, and jazz into a unique, distinctly America-bred musical style, their story in and of itself is that of a bond between various personalities.

The roots of The Jorgensens were set in 2014 in St. Paul, MN, when singer/songwriter/multi-instrumentalist Brianna Tagg was introduced to fellow vocalist/songwriter/guitarist/producer Kurt Jorgensen. Embarking on a musical journey with their first album Jorgensen/Tagg, they continued to write music as their bond grew stronger. As both were getting sober, Kurt was also suffering the weight of a recent divorce – seeing each other through these difficult times forged an incredible connection.

Something amazing happens when soulmates create music; when kismet seeks to bring two creative forces together in a way that allows them to express kindred emotions and sentiments through song. Originally starting as collaborators, Kurt and Brianna would go on to marry, give birth to a son, and infuse their kinetic energy into The Jorgensens, which blossomed with the additions of Andra Lee Suchy (vocals), Brenda Lee King (Bass Guitar), Jeff King (Saxophone, Clarinets), Jeff Levine (Trumpet), Mark O’ Day (Drums, Percussion), and C Harris (Percussion).

It’s this closeness that radiates through every note, twang, and lyric of their songs, as evidenced on the current feel-good single “Old Black Crow”, which is already making waves at radio. This simpatico energy burns bright on Americana Soul.

Paramour Records
Paramour Records is a new division of The Paramour Group, a multi-facet entertainment company with a long history as a boutique international agency and management company. The label, which is distributed by MVD Entertainment Group, specializes in creating an environment for music artists to explore and expand into a broad spectrum of media, blurring the lines between art mediums, including film, music, publishing, television, and games. In addition to offices in Los Angeles, Melbourne (FL), Troy (MI), and Neillsville (WI), Paramour Records has strategic partners in NYC, Hamburg, Germany and Glasgow, Scotland, perfecting their global reach.