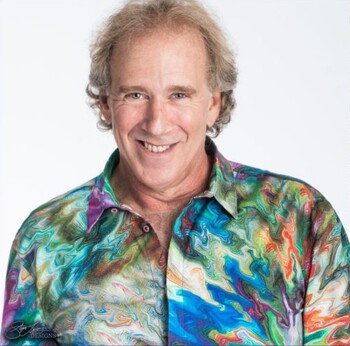 I like to talk a lot with people who are behind the scenes, or at least people who aren't always the ones in front of the microphone center stage or playing lead guitar. I like talking to the engineers, the producers, the drummers, and the bass players.

They have such a unique insight into things that give a whole new view of some of the music we've listened to and some of the people who produced it.

That's the case with Steve Luongo.

I honestly didn't recall hearing of him until a while back. Then, lo and behold, recently, I come to find out that he's behind a new project that just came out of the archival music from the late John Entwistle, bass player for the who.

Who doesn't love The Who? I mean, we all can think of all our favorite songs by The Who and how their music has been one of the benchmarks of our youth.

And so, when I found out this rarities album called, “Oxhumed,” was coming out - this volume one (so that means we're going to have more volumes to look forward to), I knew I had to talk to the people behind it. And so, it was made possible for me to talk to John's very good friend and producer this album, Steve Luongo.

Steve has played bass, drums and engineered for some of the biggest names and rock and roll people like Eddie Money, Jack Bruce from Cream, Leslie West (who we've interviewed here a couple of 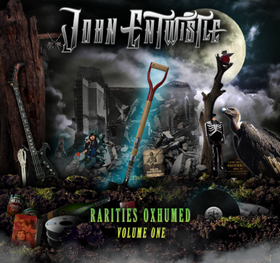 Click Above To Order Your Copytimes), Alan Parsons, Todd Rundgren, Ritchie Blackmore, Mark Farner, among others. but what we were really focusing on this time around are: Steve's work on “Oxhumed,” his relationship with John Entwistle as well as his amazing works of art that is sought after globally. It is phenomenally unique. He produces a line of clothing. I’m especially stoked about his line of shirts. They are amazing and they, too, are literally works of art.

Steve Luongo is a wonderful guy, very insightful, knows how to tell a story and he tells several good ones in this interview. Please watch and listen. It is worth your investment of time. Afterward, share it with your friends. Also, be sure to order “Oxhumed” by clicking on the album cover on this page. You can also follow Steve on his website, SteveLuongo.com, as well as on Facebook, Instagram, Twitter, and YouTube.

The Boomerocity Interview with Steve Luongo

John Entwistle is best known as the legendary bassist for the Who. Nicknamed the Ox and Thunderfingers, Entwistle's music career spanned over four decades and he was inducted into the Rock and Roll Hall Of Fame as a member of the Who in 1990. Renowned for his musical abilities, he was voted as the greatest bassist of all time in a 2011 Rolling Stone magazine readers' poll and in its special "100 Greatest Bass Players" issue in 2017. Bass Player magazine named Entwistle at number seven.

Rarities Oxhumed - Volume One is the first in a series of posthumous releases coming from John Entwistle as part of a new partnership with Deko Entertainment and longtime friend and collaborator Steve Luongo. This first one has unreleased and remastered studio tracks, demos, and live tracks with gems like “Bogey Man” featuring Keith Moon, “Where You Going Now” (demo for the Who), and a raw live version of “Trick of the Light” recorded during the John Entwistle Band’s final tour in 2001. We will also take you behind the scenes with an expanded booklet with never-before-seen photos and a look into life on the road with John Entwistle. As Steve Luongo comments, “John and I began touring together in 1987. Every tour was more fun than the last. That was the idea. Play loud aggressive rock & roll, have fun, laugh our asses off, travel to the next gig, and repeat. During the 15 years that we worked together as a rhythm section, we remained true to that cause. Along the way we recorded some records and created a sizable catalog of ideas and material for the future. The future is now.”

The album cover concept was conceived by Steve Luongo and Chris Entwistle (John’s son). It gives a nod to John’s dark sense of humor and includes many of John’s favorite things. The two also worked with celebrity designer Queenie (Katy Perry, Miley Cyrus, Cardi B) to create two commemorative pieces of jewelry based on the Entwistle Crest. These are limited to only 300 each of both a necklace and keychain. As Deko president, Bruce Pucciarello, states, “Hearing the foundation of sound that John Entwistle provided Pete Townshend on Live at Leeds was transformational for me. Watching Steve find these never heard gems from John’s career and making them available to the public is an honor for everyone involved.”

The first preview of what’s to come is the remastered release of “I’ll Try Again Today.”

Pick up Rarities Oxhumed - Volume One and special limited bundles via https://bit.ly/john-entwistle