Tommy DeCarlo Is Dancing In The Moonlight 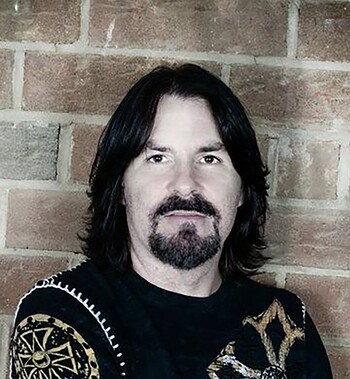 That's the name you probably have heard. You're probably thinking, “Where have I heard that name?” But, if you're really into classic rock - and I'm sure you are otherwise you wouldn't be visiting Boomerocity - the name is already known to you. It's right there in the front of the old empty cranium there. He is currently involved with the band Boston, but he's done a lot of his own solo work.

A couple of years ago, he did his first solo album and it involved him writing all his own music, producing it himself, his son played guitar, and it and it turned out to be a phenomenal album. Now he's got a new one out that Frontier Records is putting out for him. It's called“Dancing in the Moonlight,” and folks, let me tell you, it is phenomenal!

If you're a big fan of Tommy's vocals, as you've heard him o the last Boston album or hearing him in concerts like I did, the only concerts I've ever saw Boston was with Tommy being the lead singer. I was just blown away by the range and the depth of his voice and what a performer he is. So, when these albums came out, I was thrilled. Then when I found out that this new one wascoming out, I finally got off my duff and finally got this phone interview with Tommy.

It was a blast and I think you're really going to enjoy this chat. It's in depth. We talk a lot about this album, a lot about performing and recording as well as about Frontiers Records. I think it's going to be worth every second of your time

You can follow the latest with Tommy DeCarlo on Facebook and listen to his solo work is on all of the major streaming services. If you are like I am and prefer to own your own music library, you can order your copy of “Dancing In The Moonlight” but clicking on the album cover on this page. 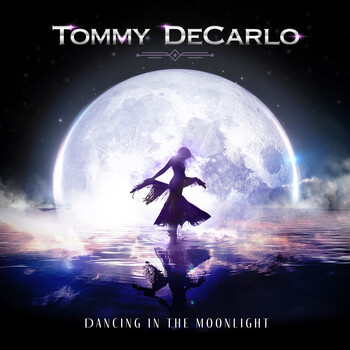 Frontiers Music Srl is proud to present the debut solo album from vocalist Tommy DeCarlo, "Dancing In The Moonlight". DeCarlo, best known for having performed with Boston since 2007, is a world class singer with vocal chops perfectly suited for the classic AOR style that dominated popular culture in the '70s and into the '80s.

Frontiers President & Head of A&R, Serafino Perugino was already well aware of DeCarlo's work and had signed his band DECARLO to the label a few years back for the release of their debut album, "Lightning Strikes Twice". Perugino had a vision for DeCarlo to do an album which would fall in line musically with the aforementioned classic ‘70s and early 80’s AOR rock sound, with an organic and "live" feel to it. "Dancing In The Moonlight" showcases a sound that is a bit different from the debut DECARLO album and goes straight back to Boston albums such as “Third Stage” and “Walk On”, but is also a wonderful presentation of Tommy’s vocal abilities backed by songs that bring back the magic of that classic era.

This will be Tommy's second release with the Frontiers label. His band DECARLO, who originated in Charlotte, North Carolina, that he co-founded with his son and guitarist, Tommy DeCarlo Jr. released their debut album, "Lightning Strikes Twice" through the label in 2020.