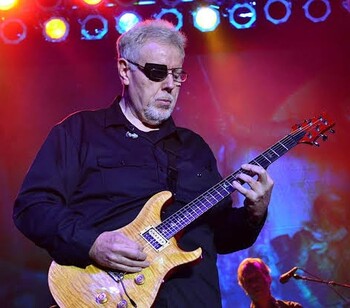 With the realization that this iconic band is celebrating 50 years in the business, I recall my teens when we listened to the radio every chance we could. It seemed like the airways back then was dominated by the band Kansas. I wish I could say that I was one of those cool ones who bought their first album and was a fan from day one. But I’ve got to be honest with you. I wasn't I wasn't that cool.

I do remember the album cover photograph of the famous painting in the capital of the state of Kansas. That was the album cover. And as the name of the band, Kansas (the band) has said it represented everything they were and are.

It wasn't until 1976, when Leftoverture was released and that great song, Carry On Wayward So cam out that I took notice of the band and became a lifelong fan. It seemed like from then on, Kansas was always on the radio, always from Leftoverture to Point of No Return with that title cut as well as Dust In The Wind, it just seems like Kansas has been on the radio ever since. It’s no surprise that they have the huge following have enjoyed over 15 million in album sales.

What I find so hard to believe is that when they released their first album, they had only been out as a band for a year. They formed in 1973 and, believe it or not, baby boomers, that was 50 years ago. 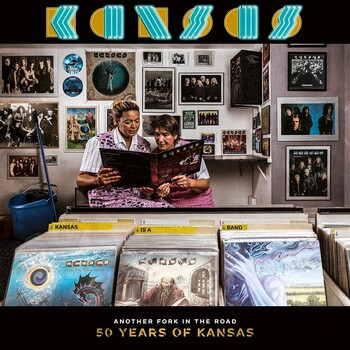 Click Above To Order Your CopyKansas has been a band for 50 years! To celebrate, they're going on a big tour this year. They’ve also released a new album called Another Fork In The Road. It's a kind of a “best of” album. But really what it is, and you'll hear this in the interview with Rich William is that these are deep cuts that big, long time hardcore Kansas fans will know and remember and love. Some of them been re-recorded. It’s phenomenal. You're going to want it.

You're also going to want to catch Kansas on tour. They've got a big, extensive tour coming up and it's going to be a great opportunity to hear the hits that we know and love as well as some of those deeper cuts that we may have forgotten about, especially as represented in an Another Fork In The Road. This conversation with co-founder and guitarist Rich Williams is amazing, very laid back (as all our interviews are).

You can order Another Fork In The Road by clicking on the album cover on this page. You can also listen to it on all major streaming platforms.