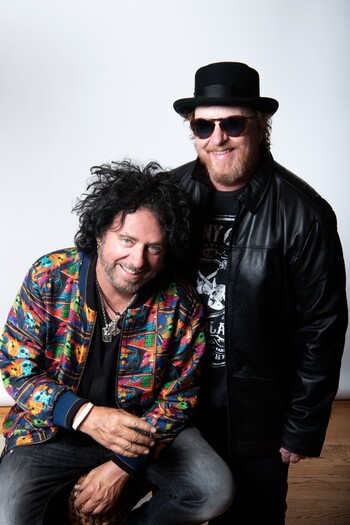 Photo by Alex Solca PhotographyPeople who listened to the radio and watched MTV back in the fun-filled late ’70s and early ’80s will know that two bands were consistently played on both media: Journey and Toto. Each band has sold more than 40 million albums and still enjoys an amazingly loyal fan base.

That fan base has been overjoyed to learn that the two bands are touring together this year as a carryover of last year’s tour. East Tennesseans are especially thrilled because the tour is stopping at Thompson-Boling Arena on the 17th of this month. To see either band in concert is truly a musical treat and experience. They never fail to deliver all the fan favorites, and both band’s shows are high-energy.

It can easily be argued that Toto is one of the most under appreciated and underrated band in the history of rock and roll. According to their website, “As individuals, the band members’ performances can be heard on an astonishing 5,000 albums that together amass a sales history of a HALF A BILLION albums. Amongst these recordings, NARAS applauded the collected works with 225 Grammy nominations. Band members were South Park characters, while Family Guy did an entire episode around one of their hits, and most recently, Dax Shepard and Kristen Bell scored their honeymoon video to ‘Africa.’”

Throughout the years, Toto’s band lineup has evolved. During the pandemic, Toto lead singer Joseph Williams and bandmate/guitarist Steve Lukather, along with band founder David Paich, have assembled the current lineup consisting of Warren Ham (Kansas, Ringo Starr) on sax, Xavier Taplin (Prince, Queen Latifah) and Steve Maggiora (Marc Broussard, Daniel Powter) on keyboards, John Pierce (Lou Rawls, Cab Calloway, Gladys Knight) on bass, and Sput Searight (God’s Property, Ghost-Note, Snarky Puppy) on drums/percussion. They join Williams and Lukather in making up what can arguably be said is the tightest Toto configuration in many years. The lineup was introduced to fans during a livestream concert in late 2020 and were all warmly received.