Marc Copley of JD and the Straight Shot 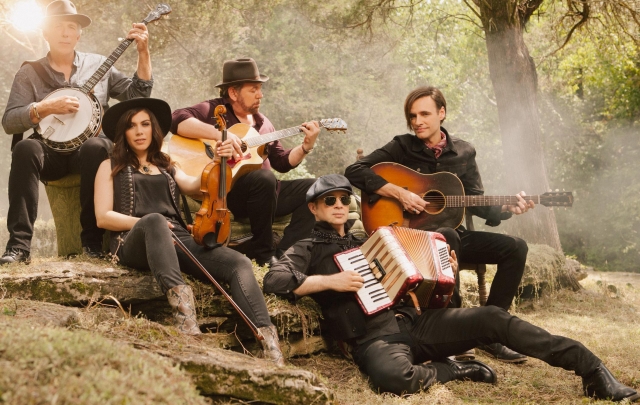 If you’re heavy into what is increasingly being called “Americana” music, then odds are high that you’ve heard of the genre-pushing band, JD & The Straight Shot.  However, because people from around the globe rely on Boomerocity to turn them on to artists whom they may have not heard of, let me take a moment to introduce you to this cutting-edge, Americana band.

The band isn’t some half-shod group of Eagles wannabes. Nope. Not in the slightest.  Each musician in this band is top shelf talent all the way. The band consists Jim “JD” Dolan on guitar and vocals. Helping out is Carolyn Dawn Johnson (who has also played with Miranda Lambert and Kenny Chesney) and Marc Copely (who also produced the band’s latest CD, “Good Luck and Good Night” and has played with none other than the great B.B. King as well with Rosanne Cash. Formerly with Dolly Parton, Emmylou Harris, and Robert Plant is bassist, Byron House.

Great Americana bands are rarely complete without a fiddler and this one has one of the best: Erin Slaver (Martina McBride and Rod Stewart).  Beating the skins is percussionist/drummer, Shawn Pelton (also with the Saturday Night Live band and has played with Levon Helms, and Sheryl Crow).

It was with the band’s own Marc Copely that I communicated with about the exciting year they have coming up which includes opening for legendary bands the Eagles, Chicago and The Doobie Brothers on different tour legs kicking off on March 14th in Chicago at United Center.

My chat started off with congratulating Marc and the band for opening for the Eagles soon and asked him how it felt to be, 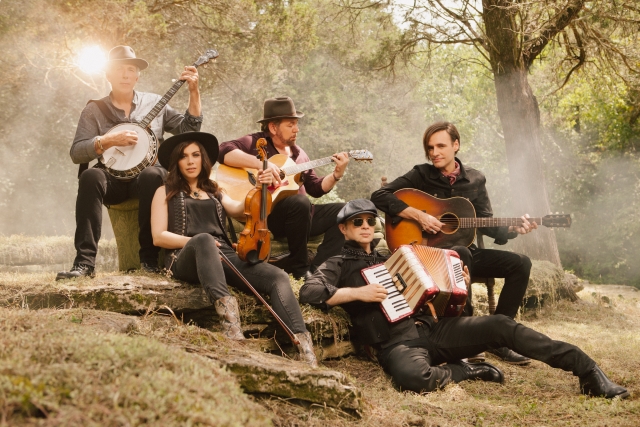 Photo by Kristin Barloweonce again, opening for the legendary band.

“It’s certainly an honor and pleasure to tour with The Eagles. I mean... it’s THE Eagles!!! It’s a lesson on harmony singing every show for sure.”

“I think we’re a perfect fit. We focus on vocal harmonies and also come from the tradition on American Roots music.”

Copely produced JD & The Straight Shot’s new, all-acoustic album Good Luck And Good Night. I wondered how it was juggling producing responsibilities with also being a band member.

“It was great. The band is super supportive and creative, and they really let me take it where I wanted to go sonically. Everyone’s input is important to the overall result.”

As for what his favorite songs from the new album to play live, Marc said, “I have a blast with “Run For Me” since our fiddler/violinist Erin Slaver and I get to go crazy on a Celtic-inspired instrumental part of the song. We love that!”

As for what fans can expect from JD and the Straight Shot’s live performances, Copley replied, “High energy, thoughtful lyrics that tell a story, and lots of fun.”

The band is doing quite well riding the Americana wave that really has been swelling for, oh, say, fifty-something years now. I asked Marc what he thought the state of Americana music is today.

“Americana is hot since we’ve seen so much commercial success with artists like Chris Stapleton and Jason Isbell. I don’t think Americana has ever sold as many records, and the crowds have been outstanding.”

And what does Copley think the future of the Americana genre looks like in the coming years?

“Looks bright to me! American roots music is about the human condition and the honesty in telling the stories of that condition. It's the truth and the truth will always find its way.”

JD & The Straight Shot has worked with a lot of big names in music which is a testament to you and the band’s standard of excellence. When I asked who the band hasn’t worked with that is still on their bucket list, March said, “We’d like to hang with Chris Stapleton. Maybe do some shows with Bob Weir?”

Wrapping up our chat, I asked Marc Copely what was on the band’s radar for the rest of 2018.

“This year there will be lots of touring, and we’re looking towards making a new record by the end of the year. We want to come out and play some new tunes for everyone first though!”

Boomerocity will definitely be keeping up with this groundbreaking band and hope to join some of you at one or more of their tour stops this year. Be sure check out JD and the Straight Shot’s tour schedule on developments at their website, www.jdandthestraightshot.com.  Their latest CD, "Good Luck and Good Night", (as well as all of their previous releases) is available on Amazon.com and iTunes.