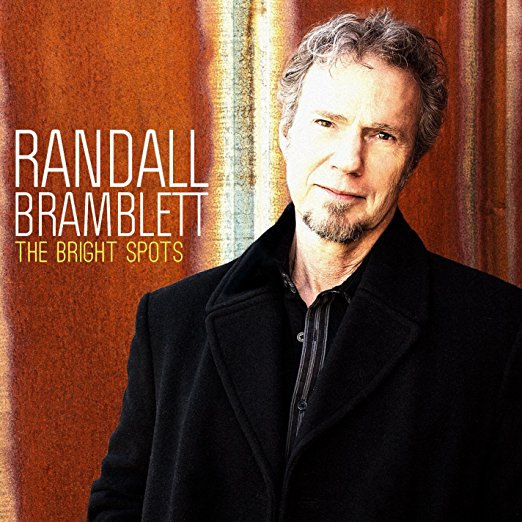 A jewel of Southern music, Randall Bramblett shines on his latest release, The Bright Spots, due out May 14 on New WestRecords. Fresh off the inclusion of one of his songs on Bonnie Raitt’s Grammy-winning album Slipstream, he has put together a masterful recording soaked with the soulful feel that has defined his music and that of his Southern contemporaries like Gregg Allman and Warren Haynes. From Howlin’ Wolf to Ray Charles and “dark Motown” influences, sitar samples, gospel strains and even a snippet of water-splashing pygmies, The Bright Spots mixes diverse elements that dovetail into Randall’s finest album yet.

Although sometimes associated with the Southern rock scene built around the ’70s-’80s Capricorn label’s core, Randall has never identified with that sound. “Black music is what I grew up loving and the folk scene really hit me too,” he says. “So it’s a combination of Dylan and Ray Charles.”

Elements of pop, soul, blues, and the sounds of the church combine with Randall’s often wistful, beautifully conceived lyrics on these dozen ruminative, roots-based tunes. “Some of the words come from dreams. I do meditations in the morning and write in a journal,” he says. His lyrical strength is mixing unusual thematic concepts with dry humor. That helps explain the album’s upbeat title. “In almost every song there is darkness, yet some thread of humor. The irony of the bright spots is that there is a lot of hurt in these songs and there are the bright spots too. It’s pain and joy simultaneously. There are gifts of desperation.”

That takes the form of the lowdown “Whatever That Is,” his most overtly blues composition, and the sing-along gospel of “Shine,” which sports an anthemic chorus different from anything Bramblett has previously written. “I’ve tried to push the boundaries, but we always follow the song and see what it needs. If the song doesn’t like something, it will tell you.”

With five songs recorded in Nashville and seven more tracked with his longtime touring band on his home turf in Athens, GA, the multi-instrumentalist (guitar, keyboards, woodwinds) says his ninth studio release was the easiest and most organic to record. “It felt good and went quickly,” he explains. “It just fell together easily compared to my other records. We did not obsess about this one. A lot of it is live in the studio; we didn’t do a lot of takes or overdubs either.”

Perhaps that’s because the songs come from the experiences accumulated during his extensive career, starting in the ’70s as a member of the jazzy Southern band Sea Level. Add to that a far-reaching resume of work with artists such as Steve Winwood (for 16 years), Gregg Allman, Chuck Leavell, Levon Helm, Widespread Panic, and Gov’t Mule, and the touchstones of Randall’s music emerge. “All these songs came from my life, just feeling that I’m getting a little older and trying to squeeze out a little more time or creativity before it’s too late.”

Having a surfeit of original material to choose from, and highly creative, imaginative musicians in both Nashville and Athens to flesh out the tracks and mold them into bold, soulful statements also helped. “I had 18-20 songs and chose the best 12. As you start recording, you get a feel for where the record is going and it starts to have a life of its own. I have a lot of different styles I can do . . . I like variety but it shouldn’t sound like it’s arbitrary.” As in the past, Bramblett’s dusky, soulful voice and sympathetic backing is unified by the sharp production of veteran shotgun-riding drummer Gerry Hansen. He effortlessly ties the somewhat disparate elements that include short bits of African pygmy children splashing water, and the occasional R&B horn section, together into a cohesive set.

It helps to have high profile fans too. The multi-Grammy winning Raitt has been a Bramblett devotee since the late Stephen Bruton gave her a copy of 2001’s No More Mr. Lucky. She invited Bramblett’s band on the road to open shows and recorded his compositions “God Was in the Water,” which appears on the album Souls Alike, and the gutsy “Used To Rule the World” (which has become a focus track) on Slipstream, which in addition to winning Grammy gold has sold more than 300,000 units to date.

The self-effacing artist downplays his previous sideman status, yet is grateful for valuable lessons gained from his work with Gregg Allman (“I learned about organ, vocals and drama through the bluesiness and dynamics of his playing”), watching The Band’s Levon Helm (“his joy of playing freed me up”) and Steve Winwood (“he taught me a lot about organ and melody, working out details and how to create the background beds he was so good at”).

The challenge of composing moving, often emotionally driven songs with words that aim to stir the listener’s feelings has always motivated Bramblett and creates this inspired album. Writing a song is “like playing with the pieces of a puzzle or playing in the sand until you start seeing something,” he asserts.

Despite Bramblett’s antecedents in Americana and specifically Southern music, this is no stroll down the red clay back roads of his youth. The album bridges the past and the present in the loop-driven rhythms of “John the Baptist,” “Trying To Steal a Minute” and the upbeat groove funk of “’Til the Party’s All Gone” as well as the more meditative keyboard based ballad “Detox Bracelet.” Overall The Bright Spots is steeped in soul with a modern edge. “I didn’t want to make a retro record. I like doing something different every time,” he says.

Randall Bramblett continues to push the envelope of his Southern soul into areas that further illuminate his past, while expanding and nudging his roots into the future. The music reflects “a lot of angst, salvation and redemption but it all comes from my experiences,” he concludes. “It’s an honest album that has heart.”