Better On My Own 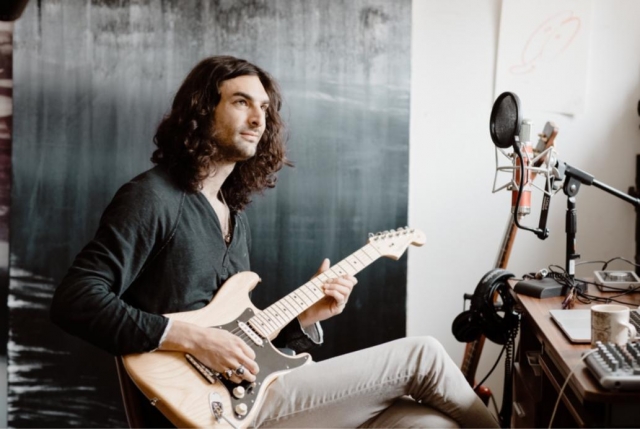 Better On My Own – U.S. Premier
Finding Thomas

Boomerocity is proud to be chosen to premier “Better On My Own” by the group, Finding Thomas, the NYC group founded by singer/songwriter Thomas Guttman. It’s their first single from their upcoming EP, due out October 25th, 2019.

Featuring a tender guitar hook, paired with a tale of a heart shattered into pieces so sharp that they cut, Thomas sings with an intimacy that feels like he’s confiding in the listener. “Better On My Own” was recorded during a summer session with Israeli-based producer Eran Tabib. A music video for the song will be released on Thursday, October 3rd.

"It was amazing to be working with Eran in Israel,” said Guttman. “We had been working together for a few years in New York, as a vocal coach. Luckily the stars aligned and we were able to set up a session very last minute in Tel-Aviv . The timing was perfect, as I had just written ‘Better On My Own’ after a rough breakup in December and the fresher the better.”

Distinguished by a sense of songwriting craft, Thomas Guttman creates music which hovers above genres, marked by a refusal to be pigeonholed. Born and raised in New York City, Finding Thomas regularly performs at The Standard, East Village, Rockwood Music Hall, The Bitter End, and Bowery Electric, where the fresh sound of the new never fails to surprise. With deep roots in the past, and a sensibility finely to the present, one hears the lingering roar of the previous century colliding with the madness of the current century - yet it’s still fundamentally rooted in bass, guitar, drums, and laced with a biting, lyrical poetry.

Finding Thomas’ upcoming EP is cohesive and complex, with each track showcasing a different side of the band. Taken as a whole, it presents a fresh, personal, authentic new voice, marked by a taut, musical tension - between loose and tight rhythms, romantic and caustic tones, and past and the future sensibilities. Influences are as varied as they are nuanced, resulting in a timeless suite of songs. The international ensemble of musicians on the recording conjures a surprisingly straight up rock & roll record, with enticing hooks and brutally honest lyrics.

Our New York readers will want to see Finding Thomas live when they perform material from their upcoming EP on Wednesday, October 2nd at 9pm at Berlin Under A in Manhattan.

Learn more about Finding Thomas by visiting their website, FindingThomas.com.