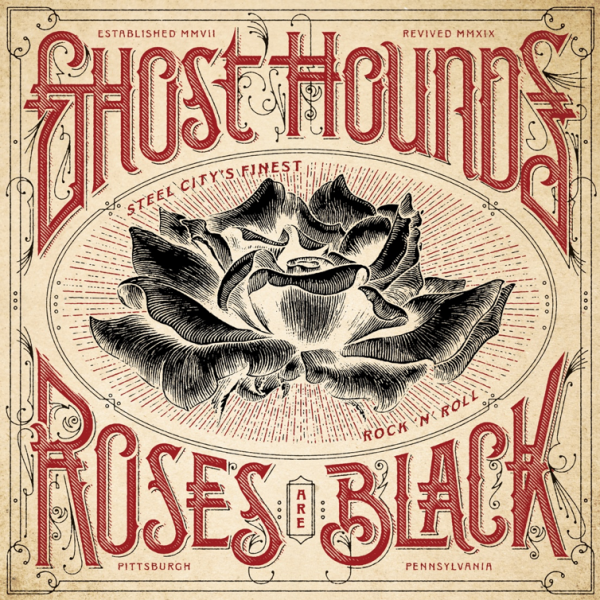 Boomerocity readers know that we love getting turned on to great, up-and-coming talent who we feel you guys would love. Boy, do we ever have a great discovery to turn y’all on! The group is a great rock and roll band, Ghost Hounds, and they’re amazing!

For a new-ish band, they’re already on the fast track to greatness. For instance, they’ve opened for the Rolling Stones this past summer, Bob Seger recently, as well as ZZ Top.

Not too shabby, huh?

On top of all this, they’ve just dropped their new album, Roses Are Black, and you’re not going to believe who they hauled in to play on it: Slash (yes, Slash!), the legendary Kenny Aronoff (go-to drummer for too many people, tours, and albums to name), Reese Wynans (Stevie Ray Vaughan and Double Trouble, Joe Bonamassa), and Michael Rhodes (bassist who, like Kenny, has  played with a ton of people). All that, and it’s engineered by the legendary Eddie Kramer (Jimi Hendrix, Led Zeppelin).

The album is straight on rock and roll that the way it is meant to be written, performed, recorded, and delivered. I’ll even go as far as to say that this is THE album by an up-and-coming rock act to buy in 2019.

Lot’s of original material on the disc but, if you want a calling card, you’ve got to listen to their cover of the Cliff Richard hit, Devil Woman. Already a great tune, this cover takes it to a whole new level.

I’m not going to be at all surprised that these guys will also be a crossover hit on the Country side of music (think Keith Urban or Darius Rucker, sound wise). Just sayin’.

Yeah, these guys are great. Buy the disc and keep an eye on them. I sure am.