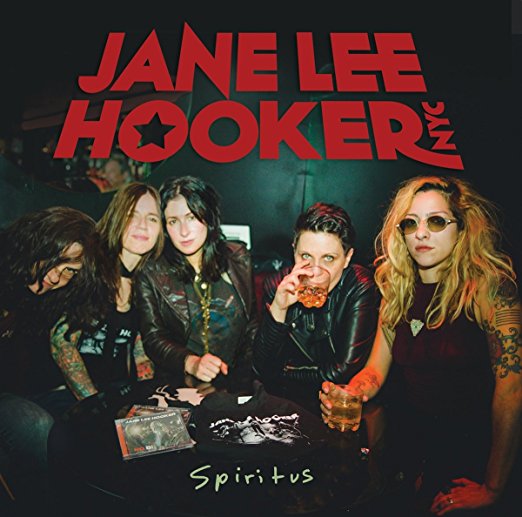 Fusing modern smarts with vintage swagger, Jane Lee Hooker exploded on to the NYC club scene with last year’s No B! – a debut album whose rocket fueled blues won acclaim from Classic Rock Magazine, Curve and The Blues and let them onto major European stages like Rockpalast as well as American festivals like Mountain Jam and the Big Blues Bender. They’ve shared bills with Wilco, Courtney Barnett, Southside Johnny & the Asbury Jukes, Samantha Fish and Beth Hart.

In the Spring of 2017, Jane Lee Hooker hit the studio with producer Matt Chiaravalle (and set the controls to “GO”. The album was written by the band as a unit “We wanted this album to sound like we do live – raw and high energy,” they explain. No B! – all live, no effects, no pedals, no overdubbing. I think we captured the excitement, and we have the same real sounds that we loved so much on No B!”

“This is a record of what was coming out of us in the summer of 2017,” Dana Danger continues. “One of the songs is about puppies, another song is about losing someone you thought you would have more time on earth with. One is about the legendary Kansas City venue Knuckleheads, another is about how falling in love can make you notice how beautiful and vibrant this world is. You have to guess which these apply to...!” On How Ya Doin’, Dana treats this studio album like a live show, bantering with an imagined crowd over revving guitars and handclaps (“How ya doin’, Kansas City? It’s good to see ya. Don’t ya sit there looking pretty. You gotta get up on your feet”). Gimme That is a Stones-worthy swagger that blooms into a stomp-and-holler climax, while Mama Said features dueling guitars, rumbling bass and a defiant pick-yourself-up lyric, “Who ya gonna be, when life’s at its worst?” Be My Baby rides on a cool-as-hell guitar part, while Later On has a lazy drumbeat and a rolling lick, offering a hand up to a loved one who’s been suffering, “Tonight, you’re mine.” Then there’s Black Rat, a blues-on-speed riot and the most stinging moment here, with Dana firing her vocal like a machine gun, “One day I’ll find your trail!”

In an album of impressive stylistic shifts, there’s also The Breeze: a nine-minute blues slow- burner that allows the band to stretch out. How Bright The Moon, is a marked change of pace; starting out with piano and a tender, nuanced vocal, which breaks into a roaring soul torch-song that is a tantalizing signpost to the directions this fascinating band could take in the future.

“We wanted to have an ‘album’ that people would listen to from beginning to end,” explain the lineup, “and find something to love about every song.” Mission accomplished. In a world of manufactured bands and bubblegum pop, Jane Lee Hooker are the real deal.