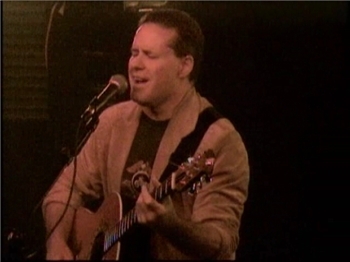 Approximately four or five years ago (long before the launch of Boomerocity.com), a high school friend of mine told me about her cousin who was a pretty good guitar player that I should check out.  Not thinking much of it (okay, in my pre-“rock critic” days, I was thinking, “yeah, sure, okay . . .”), I clicked on the link (here).  I was blown away what I saw and heard.  The person I watched was Dr. Charles “Chocky” Kay.

I’ll stop right here so that I can insert an observation: There are a lot of great musicians across our fruited plain.  Many, if not most, of these artists are people whose passion is playing for the love of playing and either have “day jobs” that pay their bills so that they can play gigs at night or they have spouses, partners or significant others who help in carrying the financial load so that they can pursue their music careers.  Both scenarios make the up and coming music world go round.

Chocky Kay is one of those musicians who has a day job that finances his nocturnal, musical passions.  Not just any kind of day job, mind you.  No siree!  He’s a dagum, bonafide doctor – and I don’t mean one of those highfalutin PhD types. No, Chocky is an MD, not a PhD.

Kay is the consummate professional at everything he pursues.  If you noodle around YouTube, you’ll see, as I did, that Chocky approaches his music and performances with the same intense focus and professional seriousness as you would want your doctor to have  . . . at least while they are treating YOU.

Back to my story.

All of this was great but I hadn’t yet launched Boomerocity.com so Chocky’s talent soon slipped my mind.

Fast-forward to a couple of months ago.  The brother of that high school friend sent me a note on Facebook, wanting to turn me on to his cousin who was a great guitar player.  Trying to look clairvoyant, I said, “Let me guess.  Chocky Kay!”

After I told him how his sister and already told me about Kay a few years ago, it did rekindle my interest in this fascinating guitarist. With said interest thus rekindled, I tracked the good doctor down and arranged a chat with him to find out more about his story.

The first thing I noticed during my couple of chats with Chocky was that he comes across as a very warm and caring individual.  While the temptation is to “chock” it up (sorry, I couldn’t resist the pun) to his professional bedside manner, to have spent the time that I have with him on the phone tells me that the manner is sincere and from his heart.

We both learned very quickly that we travelled in some of the same circles back in the late seventies and eighties.  We both were involved, to one extent or another, in the Christian music business and knew some of the same people.   We were like two chatty school girls exchanging our war stories from our stints in that business.  When we finally got down to the business of Kay’s current music, we quickly found that we still had a lot to talk about.

One of the things I was very curious about was: Where did the nickname, “Chocky”, come from?

“My dad's nickname (for Charles Kay, Sr, of course) was ‘Charlie’, and I always said that my mom wanted the right man coming when she hollered!  So, they had to find a nickname for me. They didn't like Chuck or Chucky (thank God!), so they nicknamed me after a school buddy of my dad's. His name was "Chocky Hall".  And, it stuck from then on.”

Having solved the nickname mystery, the good doctor shares his story of how he first got interested in the guitar.

“I was given my 1st guitar at 5 years old. My father gave me a ‘Kay’ concert guitar that was larger than I was, so I had to put my" strumming" arm over the groove above the middle of the guitar just so my arm would reach the strings. I learned to play so quickly that my father ran out of guitar teachers in West Texas to teach me anything else. They were all country guitarists and when the Beatles invaded the U.S., the lessons were over. Besides I was teaching my teachers at that time, so my father just let me learn whatever I wanted to learn, however I could learn it.

“My brother and I had our first group when I was in the 4th grade and we won the Junior High Talent Show two years in a row. However, my brother and everyone else in the group were 5 years older than I was, so I was booted. Therefore, I had to form my own groups, and starting at 10 years old, I formed "The Shadows".  We played TV shows, dances, and parties all over Odessa, TX until I hit high school and could find no one but guys 5-6 years my age to form groups with and who were serious.

“We played from 4-6 nights a week while going to school and on weekends played everywhere from Southeast New Mexico down to southern TX, San Antonio and Austin, among other places. In fact, I can't prove it, but I think we played a gig one night with 12 bands and I'm almost certain Christopher Cross was in one of the groups. We were both playing at the same time in S. Texas. I'd love to find out. I never met Eric Johnson, but he was playing there around that time, too.”

As often happens with bands, especially successful bands, fractures started to appear in the early band.

“After deciding to move to Austin, Texas, everyone thought we were nuts because everyone knew Austin was a nothing town for music”, Kay says with a laugh, “and the musicians told me how stupid I was for moving there.

“Nevertheless, what killed our group was that we all moved in together in one house. That was the downfall. We argued, fought, and could never again agree musically about anything. After working and having nothing to eat for several days, I had enough. I got on my knees and asked God for help and made a promise to Him. I left the group, left Austin, and moved back to Odessa where I met one of the best guitarists (again about 6 years older) I'd ever heard.”

This chance meeting led to a musical partnership that resulted in Chocky broadening his musical horizons.

“We played BARS! I went from Metal/Hard Rock, to acoustic Loggins and Messina, the Eagles, and every song I'd never played before. And, because I wasn't even 18 years old yet, we had to lie and I had to drink beer (drinking age was 21 years old) just to act like I was old enough to be there.”

What about the deal Chocky made with God?

“I forgot my promise when He helped me. He didn't forget. The guy I was playing with came to me one day and said, ‘I've found God, and this time it wasn't while taking Acid!’ I was caught.  I gave in and began playing, writing, singing, living and breathing every minute for God. The problem was that rock music and God didn't mix in West Texas. I was forced to either sing in Gospel Trio's or die and go to hell.

“I chose hell, and met some great musicians like Phil Keaggy, DeGarmo and Key, Nancy Honeytree, Al Perkins (from Odessa- played with Crosby, Stills, Nash, and Young, Dallas Taylor and Al Perkins), and many others. Petra and Sweet Comfort became friends, stayed in our home and played concerts for us. They helped changed my life, but Odessa still would not accept a mix of rock and God.”

In time, with a wife and three kids to feed, Kay had some tough decisions to make.

“I had to feed 3 kids, so I went back to school, and the only thing I ever wanted to do was something BIG. So, I chose to become the only thing I ever wanted to be - someone who helps others: a doctor. But, while in med school, I started realizing that I could play good, wholesome, adult music like rock, jazz, fusion, country - anything I wanted to play. So, I learned every style of music I could find all while spending an average of 22 hours a day in medical school and residency.”

In time, Chocky’s medical profession brought him and his family to Colorado. However, the move didn’t affect his passion for music.  He continued playing, innovating and writing his own songs.  Along the way, one of his compositions, Chick'n Lick'n: A Bohemian Rap-City, made it into the Tom Green snowboarding movie, Shred.   Kay tells the fascinating story behind the recording of the song.

“I hooked up a drum machine, played bass on the drum machine, and did nothing more than play that stereo into a cassette recorder, while I played the lead guitar part stereo on the cassette right on top of it. That's it.”

Over the years, Chocky has recorded three CD’s, won a multitude of awards and was even inducted into the New Artist Radio’s Hall of Fame.  In addition to radio and movies, Kay’s music has also been used on TV.

I own four of Chocky’s five CD’s and each one of them are a special treat to listen.  Don’t ask me which one is my favorite because I would’nt be able to pick one to tell you.  The only advise that I can give you is to purchase all three discs and see if you can pick a favorite.  Or, better yet, download his work now by clicking on the images on the right of this page.

And, if you live around the Denver area or plan on being there sometime in the future, check out Chocky’s schedule (as well as some of his video) at www.chockykay.com and see if he’s going to be playing around town.  And, when you see Chocky, tell him Boomerocity sent you.

Larry "Fuzzy" Knight
7760 views
Posted July 27, 2014 As I interview many great and notable people for Boomerocity, I am always am...