Christopher Cross - A Night In Paris 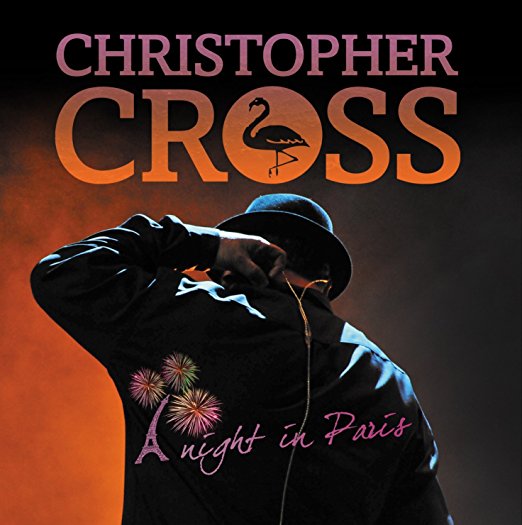 I distinctly remember buying Christopher Cross’s landmark self-titled first album. While I still have the vinyl record in my collection, I do believe that I wore the grooves plumb off of that album. When I hear songs from that album, pleasant memories instantly are brought to mind.

With those memories never far away, I was thrilled to receive my review copy of the CD/DVD set by Mr. Cross entitled A Night In Paris. After the release of the studio album Doctor Faith, the Grammy Award-winning artist started one of his biggest European tours of the last 15 years. A Night In Paris is his first live 2CD/DVD.

A Night In Paris, filmed at the notorious Theatre Le Trianon in Paris, France in April 2012, was filmed by 9 cameras in HD. The 90-minute show is impeccable, with new material fused beautifully with all the songs the audience is expecting, including tracks from the 2011 album Doctor Faith. Classics such as “Sailing,” “Ride Like The Wind” and “Arthur’s Theme,” blend naturally with more recent songs like “Leave It To Me” and “November”.

Christopher Cross’ impressive career started in 1981 with his self-titled debut LP, which sold 20 million copies worldwide, and was instantly hailed by critics as a “rock masterpiece.” In only a few months, three tracks conquered #1 worldwide (“Ride Like The Wind,” “All Right” and “Sailing”), and Cross won 5 Grammy Awards including Best New Artist and Best Song (“Sailing”). He continued releasing material throughout the 80s and 90s. His original mix of rock, soul and blues, mixed with his sensibility and unique voice, gained the respect and appreciation of some of the best musicians in the world. In 2011, Cross released the critically acclaimed record Doctor Faith – his first album with new material in 12 years. Album after album, Cross keeps delivering great song-writing, soulful performances and a high level of musicianship.

Christopher Cross is getting ready to embark on a US tour. Tour dates are below.