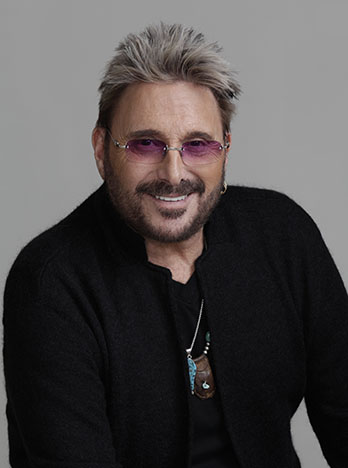 One would’ve had to have been living under a rock in out in the wilderness in the seventies in order to never have heard any of the music put out by the iconic group, Three Dog Night. Songs like Joy to The World, Easy to Be Hard, Never Been to Spain, One, and many other songs by the band dominated the airwaves of the seventies and reportedly enjoyed 40 million in LP sales.

Though a trio, the voice of Three Dog Night is often attributed to Chuck Negron. By the time the band disbanded in 1976, Negron had a very serious drug problem. In 1999, he chronicled his story in his autobiography, Three Dog Nightmare, which has been released in a revised version.

So, for the book: I know people are amazed that Keith Richards is still alive. However, if they read Three Dog Nightmare, I think Negron could give Richards’ reputation a run for its money. To that point, my first question to Chuck was: How on earth are you still alive?

“Yeah, well, I guess there’s a bigger plan for me. Ha! Ha! The book has become part of a program of many rehabs across America. I’ve ended up speaking. Several months ago, I spoke in Kansas for many judges and probation officers and incarcerated men about addictions. It seems that I’m helping a lot of people understand addiction. It seems to be a greater purpose for me.”

Three Dog Nightmare is an excellent read (I have a first edition hard cover copy) and really is a warts-and-all tale of his life. It stands to reason that with so many editions of the book out that many had to have been positively impacted by Negron’s story. I asked him to share a story or two that he had heard.

“There have been many people who have said that it’s touched them. One of the reasons is that it is so straight forward and honest and it’s not glamorizing or romanticizing something that is ugly and very, very sad. People see themselves in that – not only in addiction but in many other obsessions. It helps people. There’s no disclaimer in it where you can kind of get the side door out. It’s really just blatantly honest. I think people just relate to that.

“I wanted it to help people and I knew if I said, ‘Blah, blah, blah, but . . .’ that would give a lot of people reason to turn away and go, ‘Oh, yeah, this guy . . .’, you know? I didn’t want to do that. At that point in my recovery, that’s exactly where I needed to be and had to be was owning everything with no disclaimers, no pointing the fingers at anybody else. Just accepting that this is something that I did. At that point, it was very, very important to write it that way.”

Negron has been clean for quite a few years now, but I just had to ask if there’s any temptation, still, to go back to using.

“That’s been a blessing to me. I’m twenty-six years clean and sober and I have not had the obsession to use – EVER with my recovery. It’s been removed and the miracle of that is that was my burden. I couldn’t get sober because the obsession was with me every minute. I couldn’t shake it. So, it was a real blessing when it was removed.”

Chuck turned 75 back in June. To my ears, his voice is as good as it’s ever been and, from a show of his that I saw in 2009, he’s still an incredible entertainer. I asked him what he attributed this to.

“It’s kind of you to say so. I think a lot has to do with genetics and has much has to do with preparation and work. I think for a singer, you have to sing. You have to work on your voice – especially as you get older. You have to train. You have to muscles strong. The breathing. The stomach in good shape. It’s a muscle that breathes. There’s a lot to do. I take voice. I never took voice in my whole life and I take in the last fifteen years. I started taking voice to learn as much as I can to keep myself viable and learn and I still am. Plus, I love to sing. It’s my - excuse the saying - but it’s my voice. It’s how I express myself – the very free part of me. I love it! I love to sing!”

I had to ask a question that I know he’s been asked countless times because everybody always want to know: Will there ever be a musical reunion between him and the remaining, living vocalist from the band, Danny Hutton?

“Nah. It’s not going to happen. There was a time when Cory and Jimmy were alive that it could work – especially if we go Floyd (Sneed) back involved because Floyd still plays and is a good drummer and a great guy. There was a time that was something I would’ve enjoyed. But once Cory and Jimmy died, there was no reason to do anything. It was me, Danny, Michael, and maybe Floyd. The name, Three Dog Night, besides all the genius that was the band and musicians, what made Three Dog Night special in my mind was three part harmony. How can you do three -part harmony with two guys? So, it’s over. There’s no reason. That was my reason was to hear that beautiful sound; that powerful, guttural sound. It can’t be done. It would just be an interference in my life at this point I don’t need.”

I shifted the topic of conversation over to the new CD, Generations, that he recorded with his daughters, Charlie and Annabel, and asked him to tell me about it and what has the buzz been like on it.

“They’ve performed with me since they were kids. Charlie – my twenty-three-year-old – she made her first record with me – a duet. Actually, it was her record that was a duet David Foster, many, many people that made ‘Ain’t No Mountain High Enough’ which is on one of my best of CD. At ten years old she performed with me at the Hollywood Bowl. She’s performed with me her whole childhood and her sister – who is now sixteen – followed suit. She’s performed. So, it was just a natural thing when I asked them, ‘Would you be interested?’ and they went, ‘Yeah! We’d love to!’ We sort of worked on the harmonies. It ended up being a really wonderful family thing. I was very, very pleased that they did as well as they did. It was great.

“We have a lot of support. And the community that are Three Dog Night fans are picking up some new fans but that seems to 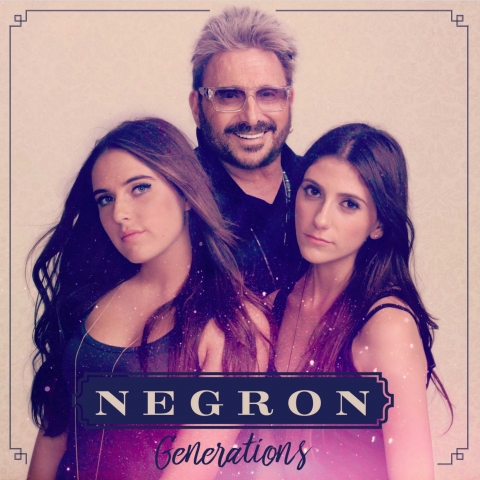 be the bigger challenge – not being with a big label, it’s difficult to get it out there. Although, it’s being played her and there. We’re still working on it and trying to get it out to a bigger audience. Everyone who does hear it likes it. I shouldn’t say ‘everybody’ but people do like it. We’ll see what happens.”

Do Annabel and Charlie ever perform with him in his solo shows?

“That’s a once in a while thing. Annabel is just sixteen. She’s in high school so I don’t want to interfere with that. I wouldn’t ever ask her. I want my girls to have a normal life. My other daughter just graduated from college. She’s figuring out what she wants to do although she would be ready to work with me at any point. She’s into it. But Annabel – she’s younger and she’s living the life of a teenager. I would not want to interfere. I’ve talked to them about it. If something happened. We had a real good show and the record was getting a little play, they’d be ready to do dates. We’ll see.”

When I asked Negron what was on his career radar for the next one to five years, he shared:

“I’m writing. I’ve got about four songs almost completed for the next album. I’m writing a book of short stories entitled, ‘Rock and Roll: Full Contact Sport’. I’ve got the book coming out this Fall – right around Christmas with eleven new chapters that I wrote that shows a different perspective of some of the issues I handled twenty years ago – from the perspective of twenty-six years later. Stories that show the other side of addiction. In other words, how it changes other people. How broken they become. How sick they become. How angry they become. And, in some instances, how they can be almost as evil as you are because they’re so disappointed and angry. There’s that perspective; a lot of different stories; very revealing stuff. Very, in a sense, topical. It wasn’t when I wrote it, but it is now – about pedophilia. That’s a chapter dedicated to. There’s a lot of fascinating stuff in there that you might not see in a regular biography.

“There’s my blog. I have another short story coming out that you should check out. It’s about Three Dog Night. It’s at ChuckNegron.com. A bunch of stuff. It doesn’t stop!”

With so many years in the music business, a new lease on life, and just celebrated his 75th birthday, I asked Chuck how he wanted to be remembered and what he hoped his legacy will be.

“Well, it’s probably too late to be remembered as a nice guy. Ha! Ha!” Then, more seriously added, “Someone who helped a lot of people. Turned his tragedy into someone’s victory.”

As we were wrapping up, some small talk led to us talking about the harassment stories that were making the headlines in the various industries. He shared a remarkable story that he shares in his book.

“You know what? There’s a chapter in my book. There’s these kids that were abused when they adolescents. I met them in their thirties and forties and they came to me because they ended up on a program – on AA. They needed a sponsor and they came to me and out of nowhere they told me they were molested and all this stuff. We’d work and everything and they said, ‘Well, you know the guy.’ And I go, ‘What?’ All of a sudden, they felt empowered because they were getting some help and someone was acknowledging that what happened to them was wrong.

“So, these people are coming forward because they have been relieved of the guilt – not completely – but the blame and they realize that they’re not alone and they feel empowered to say something because they need to not hide any more. That’s why it’s coming out. Unfortunately, they look like opportunists but they’re not! The sad thing is, a lot of them are going to look like schmucks.”

You can keep up with all the latest with Chuck Negron at his website, ChuckNegron.com. 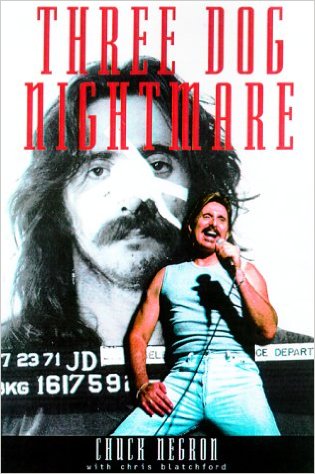