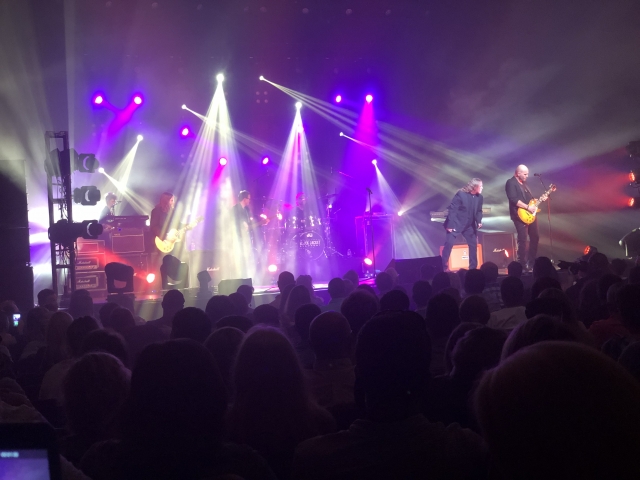 Photo by Randy PattersonIt’s been almost nine months since we’ve covered a Black Jacket Symphony. One only needs to look through the concert review section of Boomerocity to know we’ve covered lots of their shows. It’s been three years since we last covered their performance of Journey’s Escape album. A lot has changed since that performance.

For one, like the AC/DC show that was covered almost a year ago, BJS has moved up to performing larger venues. No longer is Knoxville’s Bijou Theatre or Chattanooga’s Walker Theatre sufficient for the ticket demand. They are now performing in – and selling out – Knoxville’s Tennessee Theatre and Chattanooga’s Tivoli Theatre. They have also added an amazing, very cool light show to supplement their musician ship, all giving audiences a true bargain for their entertainment dollar.

The crowds are not only bigger but even more enthusiastic as was evidenced during BJS’s performance of Escape. Danny Wayman’s vocals were amazing and were close enough to Steve Perry and/or Arnel Pineda to be worthy of the mic and stage.

Filling Neal Schon’s shoes is (primarily) Bryan Gibson (http://bryangibson.com/) and Allen Stone. Their guitar work is top-shelf and near-perfectly interwoven with each other much like Keith Richards and Ronnie Wood do.

And the Journey tunes? Wow. Just wow. Whether the song list from Escape or the string of hits during the second half of the show, the band was strong and tight and the crowd eating out of their hands while they sang along.

A baby boomer couple I was talking to prior to the show started excitedly shared that they love coming to see BJS because it’s always a great show and it doesn’t break their entertainment budget.

I happen to agree. These guys are great and well worth your time and money to see them perform your favorite music.

To keep up with them and to see if they’re going to be performing near you, go to http://blackjacketsymphony.com/ and sign up to be on their e-mail list. They won’t bug you to death but they will keep you adequately informed.

Oh, and tell them Boomerocity.com sent you.