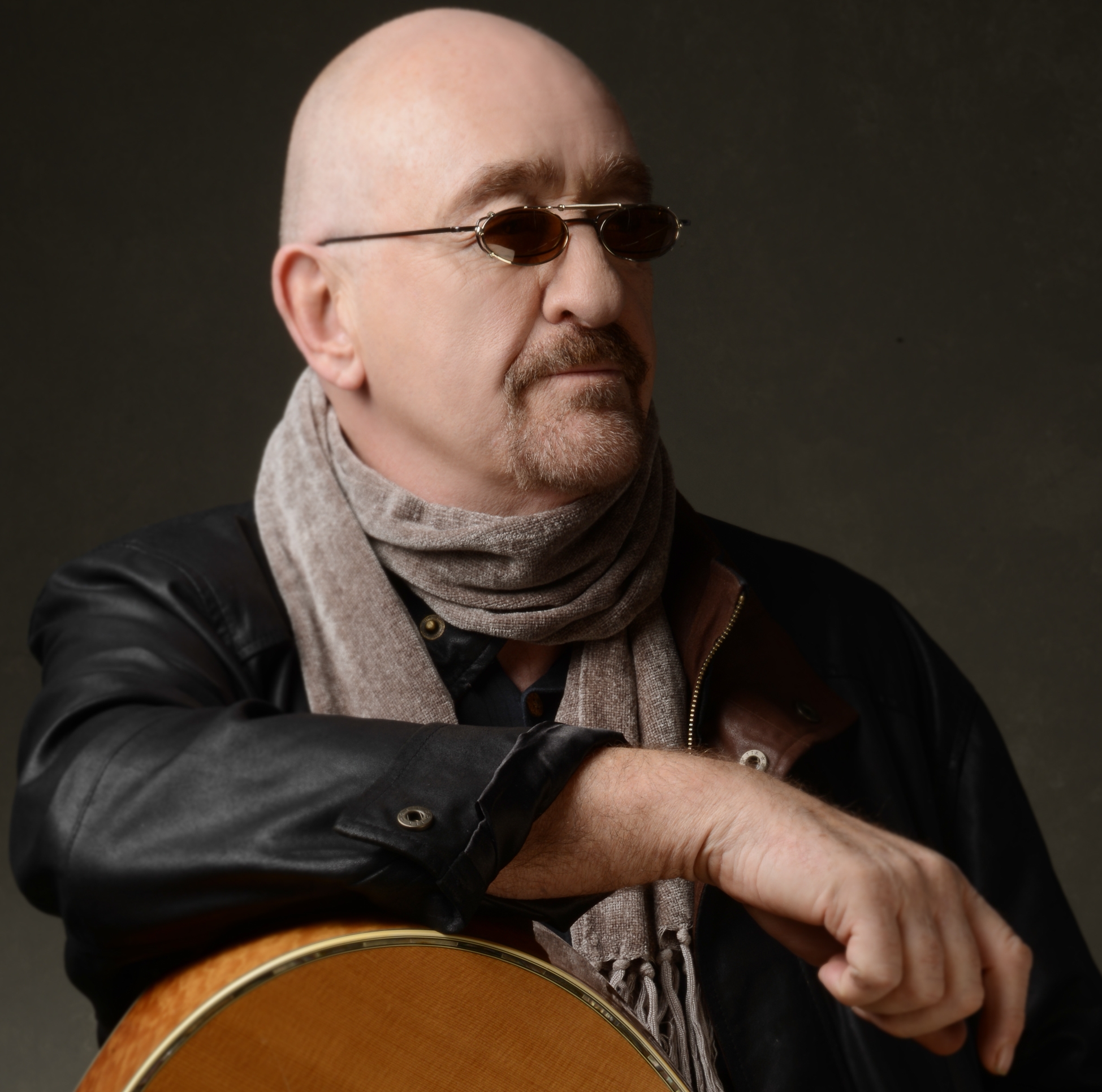 Photo by Chris JensenIf one were to make a list of attributes of a rock and roll icon, all of the qualifying boxes on that list would be checked under Dave Mason’s name.

• Great guitarist. Check
• Songwriter.  Check.
• Wrote and recorded songs that are part of the soundtrack of the baby boomer generation.  Check.
• Played with rock’s most historic figures like Jimi Hendrix, George Harrison, The Rolling Stones and more.  Check.
• Has been – and still is – an actively amazing performer and concert draw. Check.
• Still putting out great music that people love. Check.
• An inductee into the Rock and Roll Hall of Fame. Check.

Dave Mason is all of that and more.  An energetically dynamic sixty-eight year old rocker, the co-founder of the legendary group, Traffic, still records fantastic, relevant music and still tours the country - and the world.

I recently contacted Mason at his California home to discuss his latest album, “Future’s Past,” and his current tour.  This was my second opportunity to interview the rock legend (the first interview is here).  Always warm and engaging, we started off our chat by discussing “Future’s Past”. For the rare fan who might not know the story behind the album, I asked Mason if he would tell readers what motivated him to record it.

“I have a studio at home. Making a CD or album like we used to, it’s something that I’ve kind of throw out the window at this point. But that being said, music is my life so, when I’m home, I’m always working on something in my studio. Albeit, it may be a revised version of an older song – I have versions of songs that I loved when I was growing up. There’s Eddie Cochran that I’ve done that hasn’t been released. And, then, I have new stuff that I’ve worked on.

“So, to say that I was consciously putting an album together – I wasn’t. But what I do have, as I said, is I just have a collection of music that I constantly keep making. A lot of it is never in one style, which has presented a problem in the sense that it’s hard to pigeon hole me, musically. Am I rock? Am I ballads? Am I blues? I’m not any one of those. I just want to cover the gambit of songwriting.

“So, I have a collection of stuff and I had some things sitting there and there was some stuff that I revisited. Like, I did a re-write of that version of ‘Dear Mr. Fantasy’ and, yes, I was going out to do ‘Traffic Jam’ so it seemed appropriate to put a couple of things on that CD from that era. Then, I had some things like, ‘Sad and Deep As You,’ that I put on there that was from ‘Alone Together’ – my first solo album. It was such a strong and powerful version that I felt that it should go on there.

“So, essentially, I had a mix of stuff that was new and old and, hence, the title eventually becoming ‘Future’s Past’. A lot of my fans who have been following me for years, for them some of that stuff is old material. As an artist, one lives in the hope that there are some younger people that, to them, this will all be brand new material.

“Music, for me, doesn’t span any age or style. The music’s just good music. Essentially, ‘Future’s Past’ was just me putting together a collection of stuff that I thought was pretty cool and represented some things I was doing at the moment and part of what I do in my shows. Then, I was lucky enough to have a friend send me some stuff from Graham Nash’s art show and one of the things that he had was the cover which is done by Graham. It’s a photograph of me in the seventies when I was at his house in Kauai and he did artwork on it. So, the cover is done by Graham and it sort of seemed to fit perfectly with the title.”

Record sales for most artists in all genres have been tough over the past several years. Internet piracy is still a problem,

Photo by Chris Jensendetrimentally affecting album sales and decimating what we once knew as the record industry.  When I asked Dave what sales for “Future’s Past,” his matter-of-fact answer echoed those I’ve heard from virtually every other artist I’ve had the privilege of interviewing.
“Well, record sales are pretty much non-existent these days for anybody. We just basically have CDs at the shows.”

He continued by responding in a way that validated everything else I’ve heard about record sales.

“Everybody is stealing everything. That’s the easy way to put it. They’re taking it all off of the internet – which goes for literature, as well. All intellectual property is somewhat being decimated by the internet – but that’s been happening for a few years now.

“For any artist, it doesn’t really matter. I mean, even with Beyoncé and that new record, because a big corporation ordered a bunch of CDs to give away, otherwise, there are no record sales. They’ve just disappeared because everybody is just taking it from the internet. Some people are downloading and purchasing stuff, but for all us artists, a huge part of our life has disappeared. If I was to say, ‘Record sales are great!’ I’d be bullshitting and lying to you. It’s not just me. It’s pretty much any classic artist and any other artist. What would’ve been a big selling record, say, a half a million records or something like that, would now be maybe twenty thousand CDs.

“I’m not just cryin’ the blues for myself. I’m just saying that’s what’s happening to all of us. People would rather spend five dollars on a café frappe latte mocha than they would spend a dollar on a piece of music that’s going to last them forever.”

That all said Mason has, obviously, faced the piracy issue head on and has been an early adopter of online marketing and social media engagement of his extensive, global fan base.  One only has to sign up for his newsletter on his website (here) or follow him on Facebook (here) or Twitter (here) to see that he’s mastered the medium. As he remains resilient and adaptable to market changes, I’m sure that we’ll continue to observe Dave implement technology and changes in social media and implement them into his marketing efforts.
Our conversation shifted to his current Traffic Jam tour and the shows that are going to be held in my home region of East Tennessee.

“I’m looking forward to playing down there in Tennessee and some other states. I haven’t played these places in years! I’ve played Atlanta but not a lot of other places like Chattanooga and some other places but, I mean, it’s been years and years since I’ve played those places. I’m very much looking forward to playing there and hoping people will remember to come out. The band is great. The show is great. I’m as good at being Dave Mason as I’m going to be .Ha! Ha!”

As for the current band line-up and what fans can expect at one of the Traffic Jam shows, Mason said, “Alvino Bennett is still playing drums with me. Johnne Sambataro is playing guitar as well and I have a great keyboard player named Tony Patler but he also handles bass. So, basically, it’s just a four piece band and we push out a lot of music for a four piece band.

Mason said about the show, itself, that, “Basically, the Traffic Jam show runs about two hours and we do it in two sections. The first half of it is pretty much the songs from Traffic days when I was with them. Then we take a fifteen minute break and then we come back and we do stuff from my solo career. Along with it all there’s some visual stuff that goes with it. I’ll BS a little bit and tell some stories. You’ll get a bit of everything but I’m sure that there’s something that I’m going to not do that somebody will want.”

To that point, I had to ask Dave which version of “Dear Mr. Fantasy” he would be playing during the Traffic Jam tour.

“It will be the way it is on ‘Future’s Past’. Song-wise, I prefer it. I really came up with it because I was doing acoustic shows a year or so ago and I was trying to find a more interesting way to do it acoustically. The original version, basically, only has three chords to it and, so, there wasn’t a lot of places to go, acoustic-wise, with it. I came up with this version, again, I just started messing around with it and we thought it started sounding pretty cool.”
When I ordered “Future’s Past” directly from his website, I took advantage of a pre-release offer wherein he also sent gave his live album, “Dave Mason Live at Belmont Park 1978”. What an amazing offering! Naturally, I was curious if he had any other goodies in the vault that might be released. 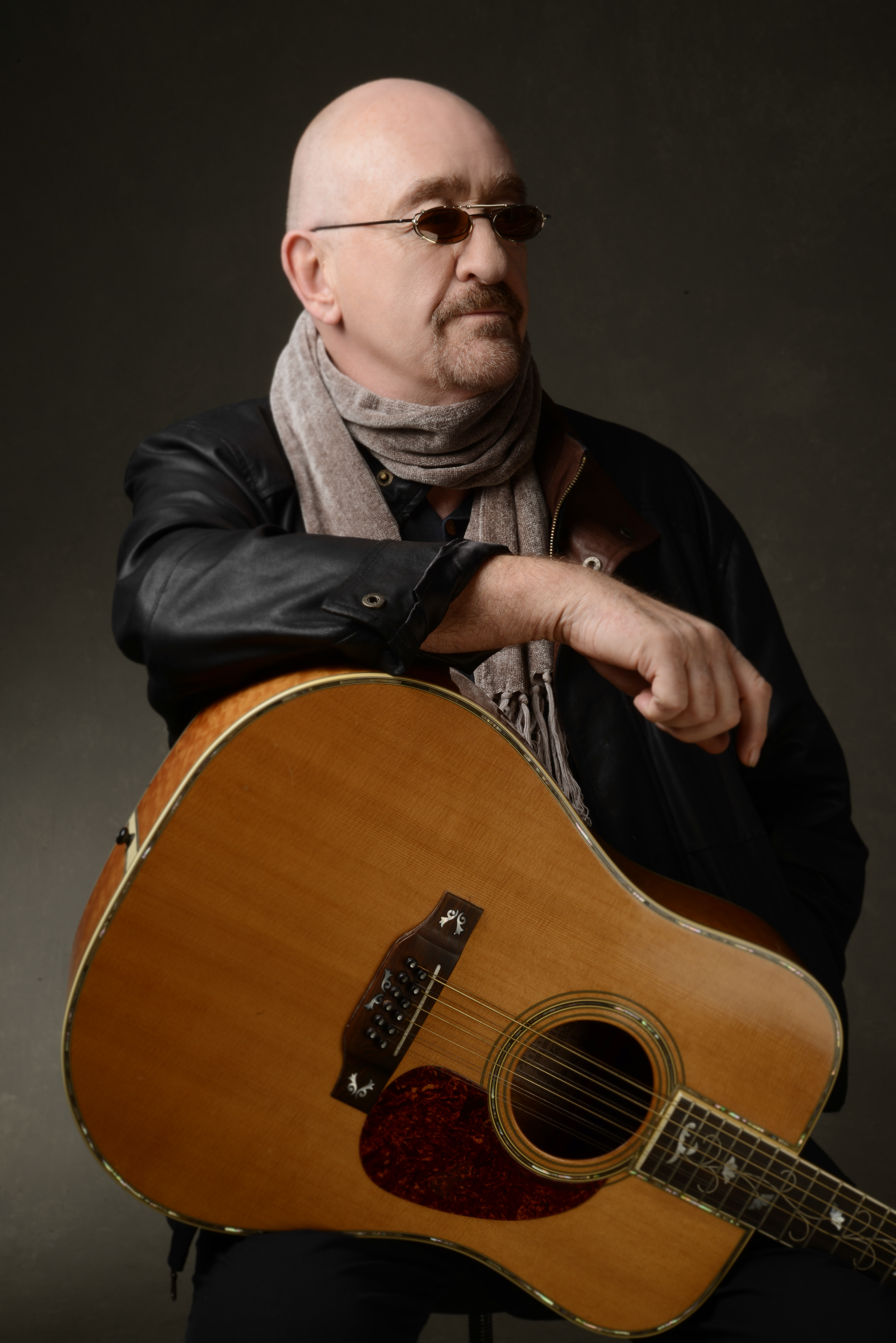 Photo by Chris Jensen“Yeah, I’m planning on a new CD which comes out at the end of this year or the beginning of next year – I’m not sure, yet. But, yes, we are working on some other combinations like that.”

Almost as an afterthought, I told Mason that my favorite song of his was “How Do I Get To Heaven” from his “26 Letters, 12 Notes” album, to which he replied, “Yeah, it’s a really beautiful song. It’s an example of something that would have – to our opening conversation – had this been twenty years ago that would probably have been a hit song.”

As our call was winding up, I asked Mr. Mason what 2015 looked like for him, tour (and other) wise.

“According to my agents, there seems to be a large demand for Traffic Jam so we may be playing this out through 2015. And, then, I’m hoping in April, to go to the United Kingdom. I’m not sure if it’s going to entail some of Europe but I haven’t played there in over thirty years. That’ll be interesting. After that, we’re toying around with the idea of doing what would be, ‘Alone Together, Again,’ where part of the show would be the whole of the ‘Alone Together’ album. But, at the moment, it seems that the Traffic Jam thing – there’s still venues that still want to do the show so it will probably go through a good part of next year.”

To see if Dave Mason is going to be appearing in or near your town, be sure to visit his website, DaveMasonMusic.com. While you’re there, be sure to shop around his online store and take advantage of his signed CD offerings. They’re a definite must-have for your own collection and excellent gifts for the music lovers in your life.