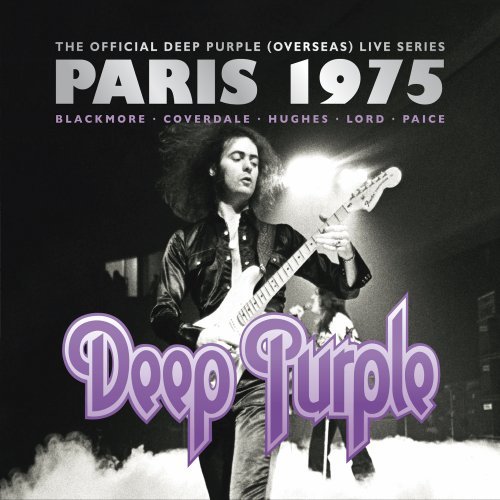 
As a teenager throughout most of the seventies, Deep Purple dominated the airwaves – and my turntable, for that matter. Heck, like every other kid who had even the slightest inkling of a musical ear, I even paid homage to Ritchie Blackmore by being able to play the opening riffs to Smoke On The Water. The band’s momentous live album, Made In Japan, made sure that we were all well aware of that iconic and historic tune.

For Deep Purple, 2013 will be another momentous year. Not only is the band’s new album on the way (to be released April 30 via earMusic/Eagle Rock Entertainment), but 10 classic recordings from the Deep Purple cannon will be exhumed, starting with the 2CD/digital release of Live In Paris 1975.

Live In Paris 1975 has been digitally remixed and re-mastered from the original multi-track recordings, sonically transmitting all the power and electricity of Deep Purple’s live stage prowess. Originally released via Purple Records, this historic concert is now presented in stunning, updated audio quality.

Recorded on April 17, 1975 at the Palais des Sports in Paris, this was the very last concert with famed guitarist Ritchie Blackmore, who was leaving Deep Purple to form Rainbow. Blackmore, vocalist David Coverdale, bassist/vocalist Glenn Hughes, keyboardist Jon Lord, and drummer Ian Paice roared with strength on such classics as Burn, Stormbringer, Highway Star, Space Truckin’, and the smash hit Smoke On The Water. Immersed in high energy solos and noteworthy improvisations, Live In Paris 1975 captures a significant moment in time in the band's history and is essential for any Deep Purple fan.