For the uninformed, the Tedeschi Trucks band is one of the best blues rock jam bands touring the planet today. You can take that to the bank so just go right ahead and buy their three studio albums (Revelator, Made Up Mind, and Let Me Get By) and their live album (Everybody’s Talkin’).

For a little background, the band is led by husband and wife team, Susan Tedeschi and Derek Trucks, and are backed by ten (originally eight but things have a way of growing in a band like this) of the best musicians jamming today. Derek was considered a child prodigy on the guitar not long after buying his first six string when he was seven years old.

In the years that followed, Trucks made a name for himself with his own band as well as playing with the likes of Eric Clapton, Buddy Guy (when Derek was thirteen), Stephen Stills, Bob Dylan, and many others. His reputation also led to repeated guest spots in the Allman Brothers band, who his uncle, Butch, co-founded. The guest spot ultimately led to a permanent position from 1999 until the band split in late 2014.

Susan Tedeschi is an amazing blues guitarist in her own right and is the primary lead vocalist in the Tedeschi Trucks Band.  If you haven’t heard her sing and play ‘Midnight In Harlem’, you’re missing out on a real treat.

Susan is a Berkley grad and her talents led her to opening gigs with icons like The Rolling Stones, Bob Dylan, the Allman Brothers, B.B. King, Buddy Guy, John Mellencamp, and many others. As the Tedeschi Trucks Band, Derek, Susan, and the band have delighted audiences all over the world and even at the White House.  Along the way, they’re building an ever-growing fan base that is sure to serve them well in the years to come.

I recently chatted by phone with Derek just before the band performed their last of three shows at Boston’s Orpheum Theater. I wanted to talk about their latest CD, Let Me Get By, and their current tour. The status of the latter is what I first asked him about.

“It’s been good, you know? Tonight’s our last show of the year. We’ve been hittin’ it hard this year. It’s been a great year but it’s been pretty intense. We’re pretty excited – maybe go out with a bang tonight.”

When I followed up with asking how this tour was different from past tours, Derek said, “The one we’re on right now is three shows in Boston at the Orpheum. I feel like the last six months – really, in some ways, since we put out this last record – the band’s just in a better place musically, personally. I think we’re in a really healthy spot at the moment. Every tour seems to get a little better. There’s been one or two runs this year that we played our best stuff to date. I feel like we’re on the right track.” 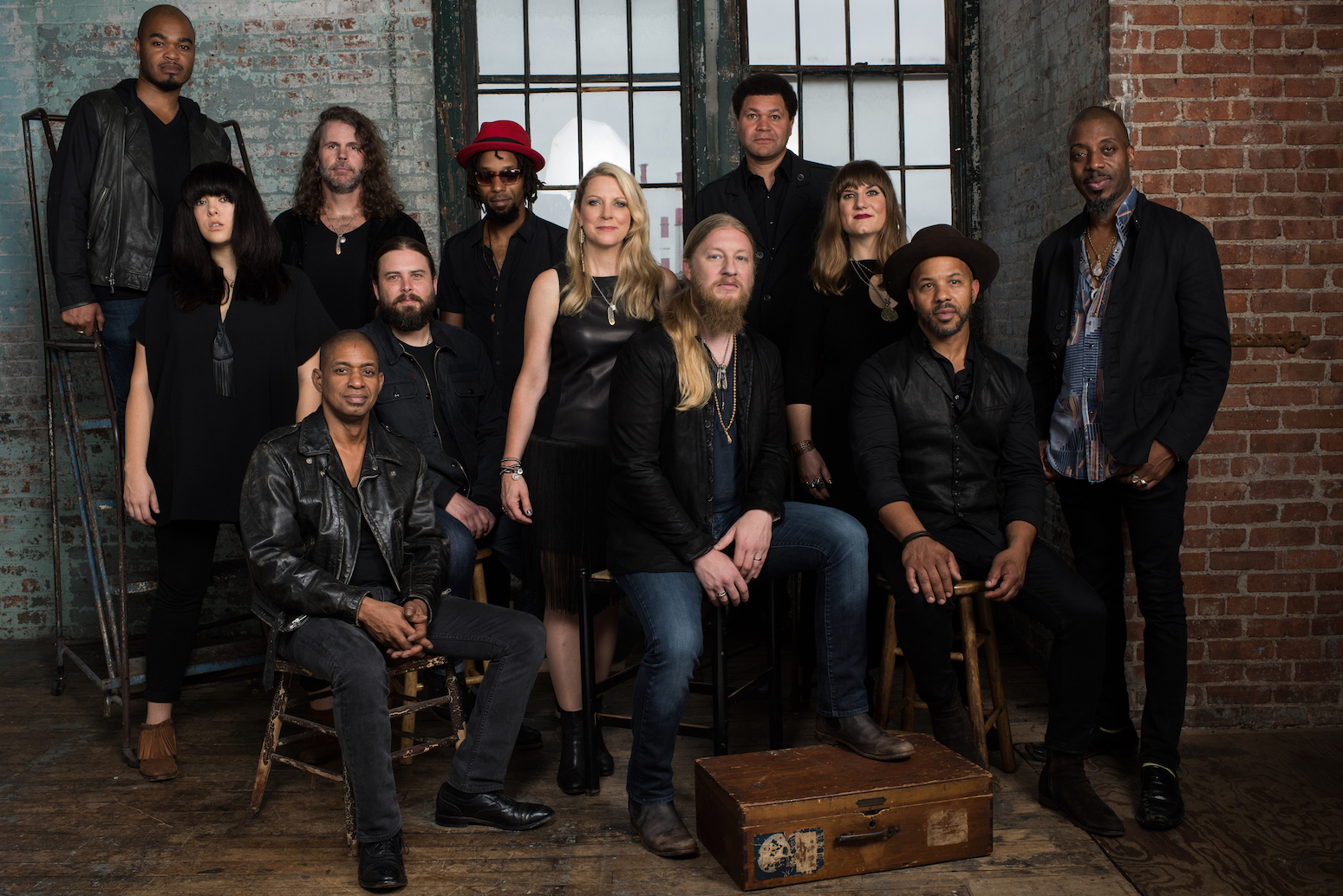 Shows from bands like the Tedeschi Trucks Band tend to be very fluid, spontaneous, and (obviously) improvisational. Still, I asked Trucks what fans could expect from this run of shows, including the upcoming visit to Knoxville on January 26.

“You know, we really try to keep the material kind of flowing through the band. We really don’t know until we get out. Before we head out on the next run we’ll have a little rehearsal. Try to add some new tunes; try to write some tunes on this little break that’s coming up. But, you know, it’s a pretty healthy mix of all of the records we’ve made and just a pile of tunes that we’ve played, whether they’re covers or whatever from over the years; stuff from our old bands. It’s a pretty constantly changing set list.  that we have.

“We just did the Beacon Theatre not too long ago and I think over the course of six shows we did close to seventy tunes – something like that. We try to keep ‘em movin’.”

Any chance of those shows being recorded for future release?

“We record all of our shows – at least the last six months or so. Yeah, we’re working on a DVD from our Oakland shows at the Fox Theater. We’re gettin’ close to that. (We’ll) Do a live record, too. I’m thinking about doing a Beacon Theatre live record somewhere down the road.”

The band’s new CD, Let Me Get By, is a phenomenal body of work – probably their best yet. I wondered how much of the new album would be performed during this tour.

“We play most of those tunes – at least two or three of those tunes a night but . Like I was saying, it does shift quite a bit from show to show. Those tunes have kind of taken on a life of their own. They’ve been a lot of fun to play.”

Obviously proud of – and excited about – Let Me Get By, Derek continued about the disc.

“You know, I do think that record was a turning point for the band. It was all done in-house. We wrote all the tunes as a group. It was a great moment for the band and I feel like we got better, musically, coming out of making that record. So, it was a pretty big turning point for us. I kinda feel like we’re ready to get back in and hit another one. WI do think that we’ll look back on that record as being kind of when the band became realized.

“There’s a lot of stuff on the record that I still enjoy listening to. I don’t put on our records and listen often, but I do go back – we’re mixing a live record now and I go back and listen to the album just to check in on it to see how the mixes hold up. Something feels really natural, to be honest about it.”

As for which song he would point people to as the calling card for the entire CD, Trucks said:

“Let’s see. There’s a few that I can say that we enjoy playing a lot right now. ‘I Want More’ and ‘Let Me Get By’. I loved recording the tune, ‘Hear Me’. We really haven’t played that one live yet. For some reason, those three seem to stick out.”

Artists are always nervous about what their fans’ reception to a new project is going to be. I asked Trucks what fan reaction has been like for the new material.

“I think that record and, really, this year there’s been a big wave. We can feel it. You look out in the crowd when you play some of those tunes you can tell that people know the music. They know the record. We’ve had that a little bit in the past, but I feel that everything kind of ratcheted up a little bit. I think Iit’s the most well received of anything we’ve done as a band.” 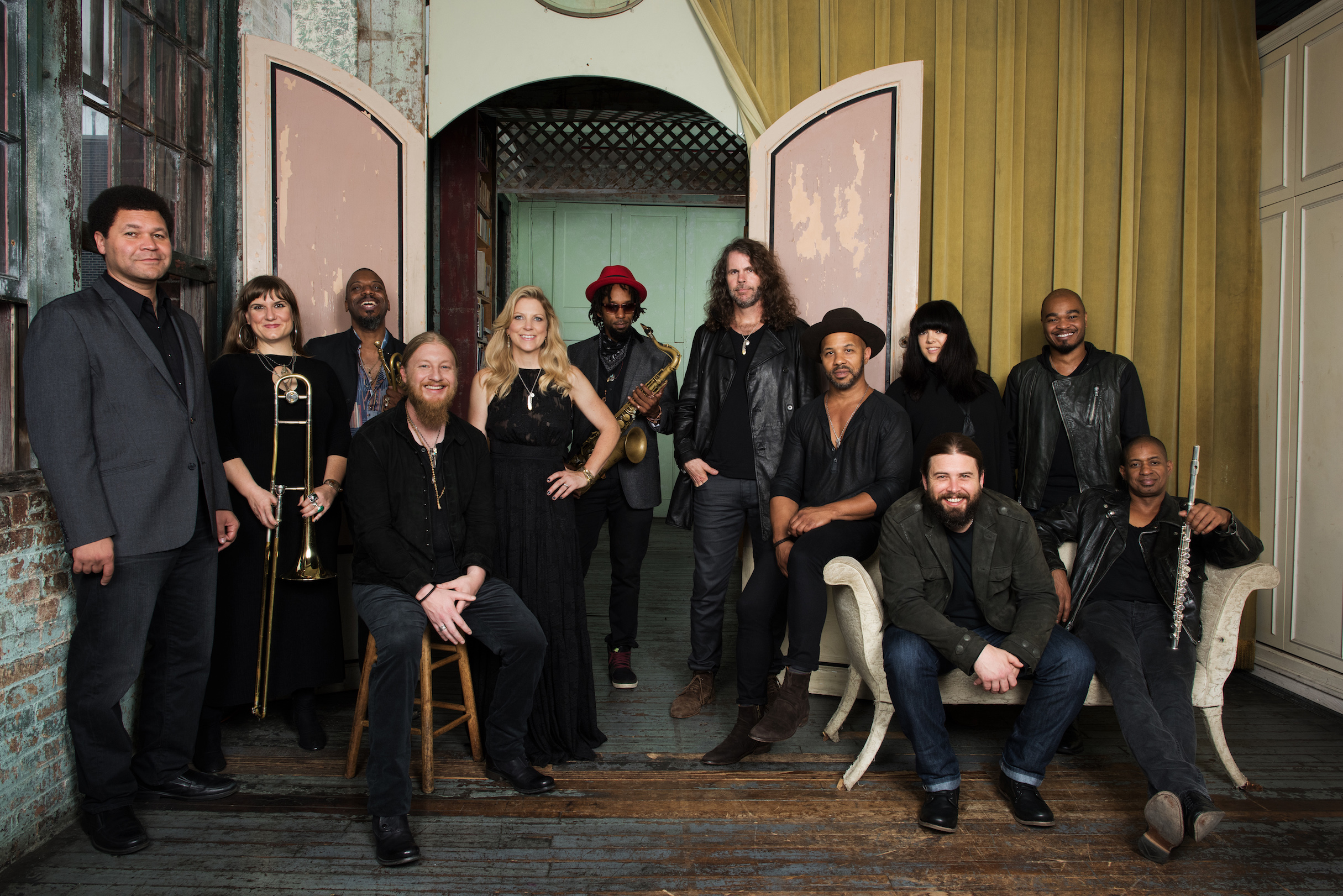 everything on our own. We were between record labels. It’s just all in-house. From top to bottom we just did it the way we wanted to do it. That’s a rare thing. You don’t get that chance very often. We’re somehow avoiding being micro-managed.”

The sign of a great album or performance is when a band or artist leaves his fans craving for more. That’s how I feel after devouring Let Me Get By so I asked if there were already other albums in the works.

“Yeah, we have a live record that’s close. We’re probably a few days away from finishing that. That’ll be next and, then we’re heading back into the studio sometime on this next break to start writing and digging in on a new record. But that will probably be a little further down the road.” But there’s definitely a live record that’s pretty much finished.”

As for what’s on the band’s radar for the next year to five years, Derek says:

“Next year, we’ll probably play a few less shows than we did this year, but we’re still going to be hitting it hard. We’ll have a live record and then the DVD coming out. With a band this big, you have to tour. Five years out, who knows? I feel like this band is in a really healthy place. I can see it steadily growing – musically growing and charging down the road. If it’s still inspired and music keeps rollin’, I see no reason to change course.

Wrapping up our chat, I asked Derek Trucks how he hopes to be remembered and what he hopes his legacy is. Like most musicians, it’s about the music.

“You know, I think everything that I’ve done up to this point and with this band, I think that I just want people to appreciate the integrity. WI feel that we’ve never pandered. I hope that it never gets cynical – that we never get out there and are just playing and going through the motions. AI think that as long as you keep it honest and you try to tell your story and dig deep and do your thing, I’m not too concerned with how it’s perceived. But I do hope that, at least, that sentiment will ring true.”

Keep up with the Tedeschi Trucks Band at www.tedeschitrucksband.com and complete your personal library of their work by clicking on any of the widgets, below.

Race With The Devil: The Gene Vincent St 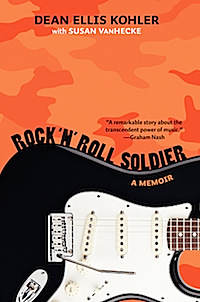