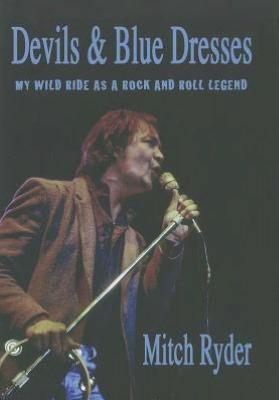 I love reading about celebrities. I especially like reading autobiographies. As a general rule, most celebrities endeavoring to write their autobiography, they tend to have help in writing them. When I read Mitch Ryder’s Devils & Blue Dresses, it was so well written – incredibly well written - I just automatically assumed that Mr. Ryder had some help with a ghost writer.

Devils & Blue Dresses is written totally and completely written by the R&B legend. For someone who wasn’t formally educated in the finer art of book writing, Ryder shames many authors who have written multiple books.

While the book is superbly written, the story it tells is a tough one to read as Ryder shares his warts and all stories of his indulgence into everything sex, drugs and rock and roll. As a rock and R&B legend, he’s done it all.There’s isn’t one bit of sugarcoating of his story as Mitch takes his swipes at those he feels has ripped him off as well as taking full responsibility for the emotional debris he’s caused and left on the landscape of his relationships.

Within the pages of Devils, you’ll read about Ryder’s tough, unhappy blue collar upbringing in a tough part of Michigan. He eloquently guides you through his development as a rhythm and blues singer during his early days while singing with the black group, The Peps. You’ll read the back story of the creation of Mitch Ryder and the Detroit Wheels and Mitch’s rise to fame under the guiding and allegedly sticky-fingered hand of Bob Crewe.

The reader is reminded of the fact that talent such as Eric Clapton, Smokey Robinson and the Miracles and The Who had opened for Mitch. Despite reaching the pinnacle of success, Ryder writes, “In the public eye, I was at the top of my game . . . but when I sat backstage in the shadow and watched the other performers I began to realize that my time as a headliner was nearing an end.

One of the most poignant stories told by Ryder is his one meeting with John Lennon back in the sixties and the incredible kindness and encouragement the late Beatle showed him. One of the funniest stories in the book involves a chance glance of a nude Tina Turner and a misunderstanding that involved the name of Mick Jagger.

The saddest portions of the book are those involving Ryder’s inability to maintain close relationships as he struggled with his own sexuality. Marriages and relationships with his children were the collateral damage in the war Ryder waged against – or with – his demons. The book ends with a pretty open look into his marriage with his third wife, Megan, and the hard work he is putting into keeping that marriage to together.

Devils & Blue Dresses is a must read for those who love reading great celebrity stories. It’s a must own for those who are serious in their studies of musical icons. 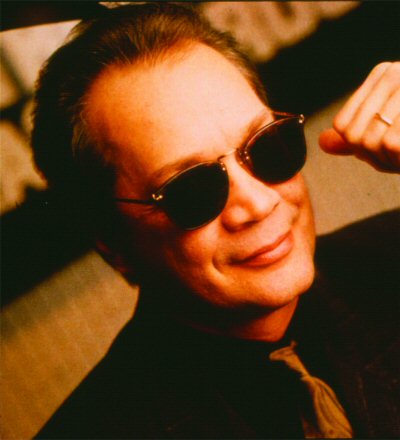