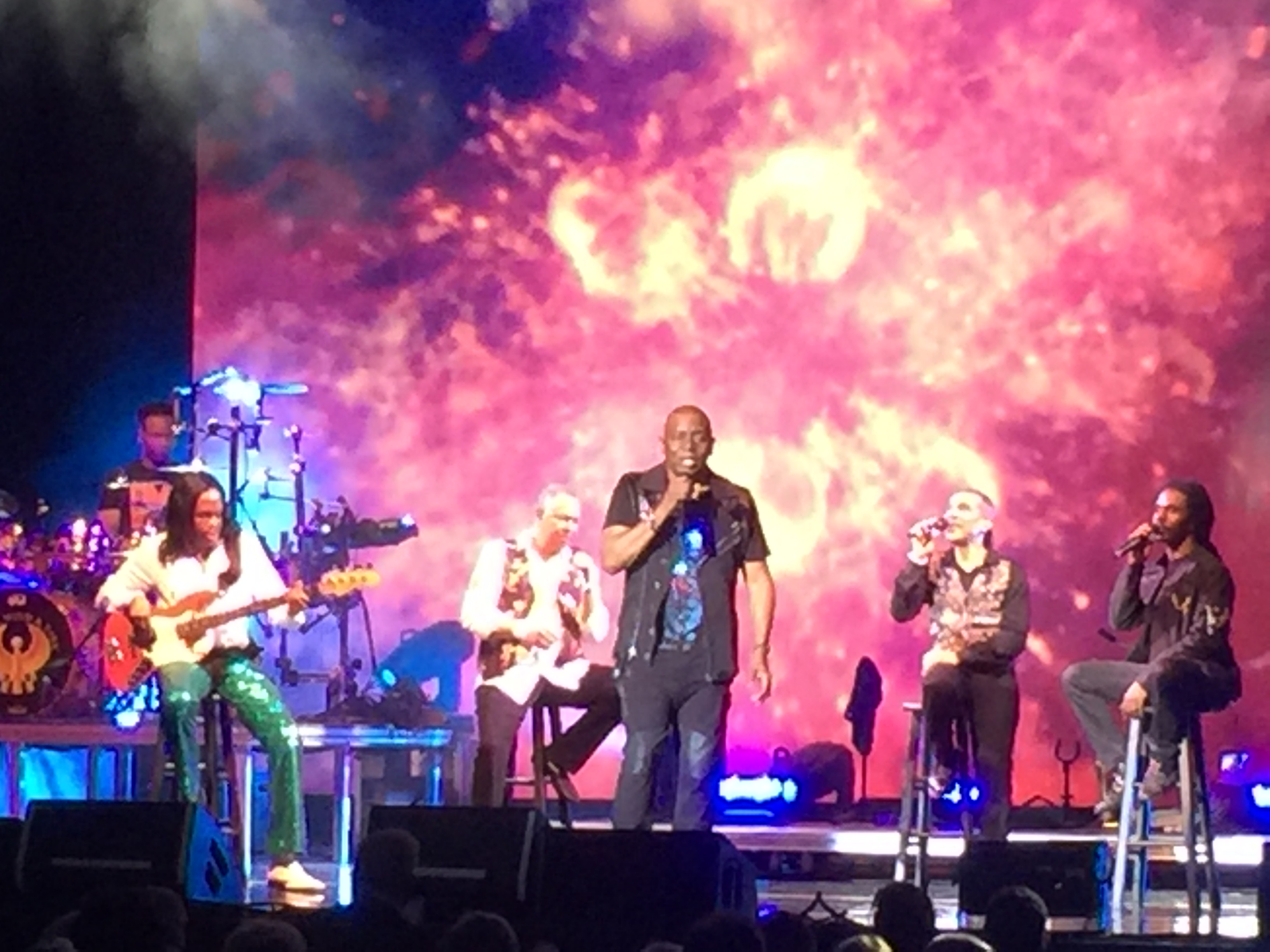 Photo by Randy PattersonLast night’s Earth, Wind and Fire concert at Knoxville’s historic Tennessee Theatre was one for the record books and sure one that will be talked about for a very long time.

The band hit the stage very close to its 8pm starting time (no opening act . . . not that is was needed or missed) and from their opening number (Boogie Wonderland) to the last song of their encore (In The Stone), Verdine White, Ralph Johnson, Philip Bailey, and the rest of the iconic band had the sold-out crowd eating out of their incredibly talented hands.

The guys masterfully conjured up smiles and memories as they skillfully delivered their hits as well as some rare gems.  The show was so energetic, fast-paced, and mesmerizing, that it seemed like it last fifteen minutes instead of the two hours that it actually was. As near as I could count, EWF performed somewhere around twenty to twenty-two of their songs and all without appearing to have broken a sweat.

As if all of that wasn’t mind-blowing enough, getting the special treat of listening to Philip Bailey show off his incredible vocal range. During one point of the show, his upper vocal range made the late Minnie Ripperton sound like the late J.D. Sumner.

What the crowd didn’t get to see, however, was what took place after the show. Verdine, Ralph, and Philip Bailey, Jr. (yes, son of THE Philip Bailey), and a couple of the other members of the band greeted a select few backstage. I watched as they patiently and graciously greeted each and every one who was back there, signing everything that was brought to be signed, patiently posing with everyone for pictures, and talking to everyone who wished to speak with them. Any of you who have ever been to a meet and greet know that (sometimes) artists are a bit less than gracious by limiting the number of autographs and pictures.

Not so with Earth, Wind and Fire.

Keep up with the band and their tour schedule at www.earthwindandfire.com. 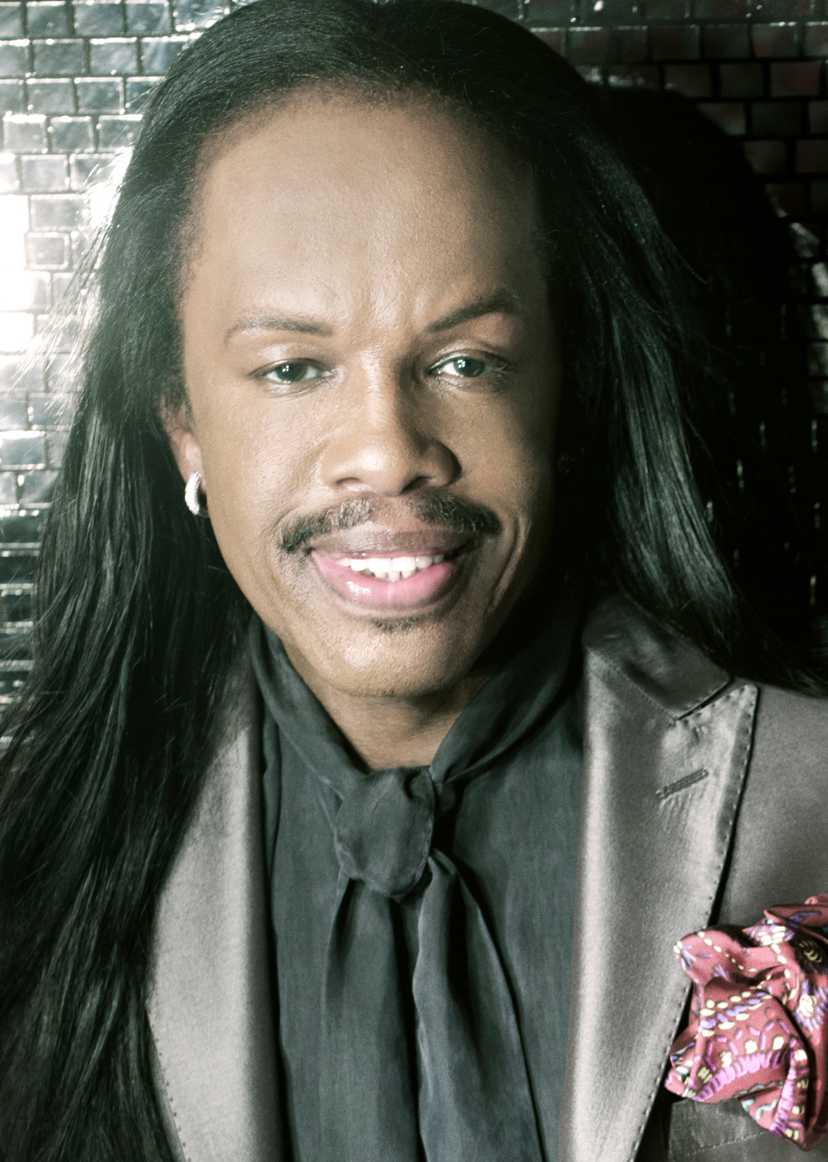 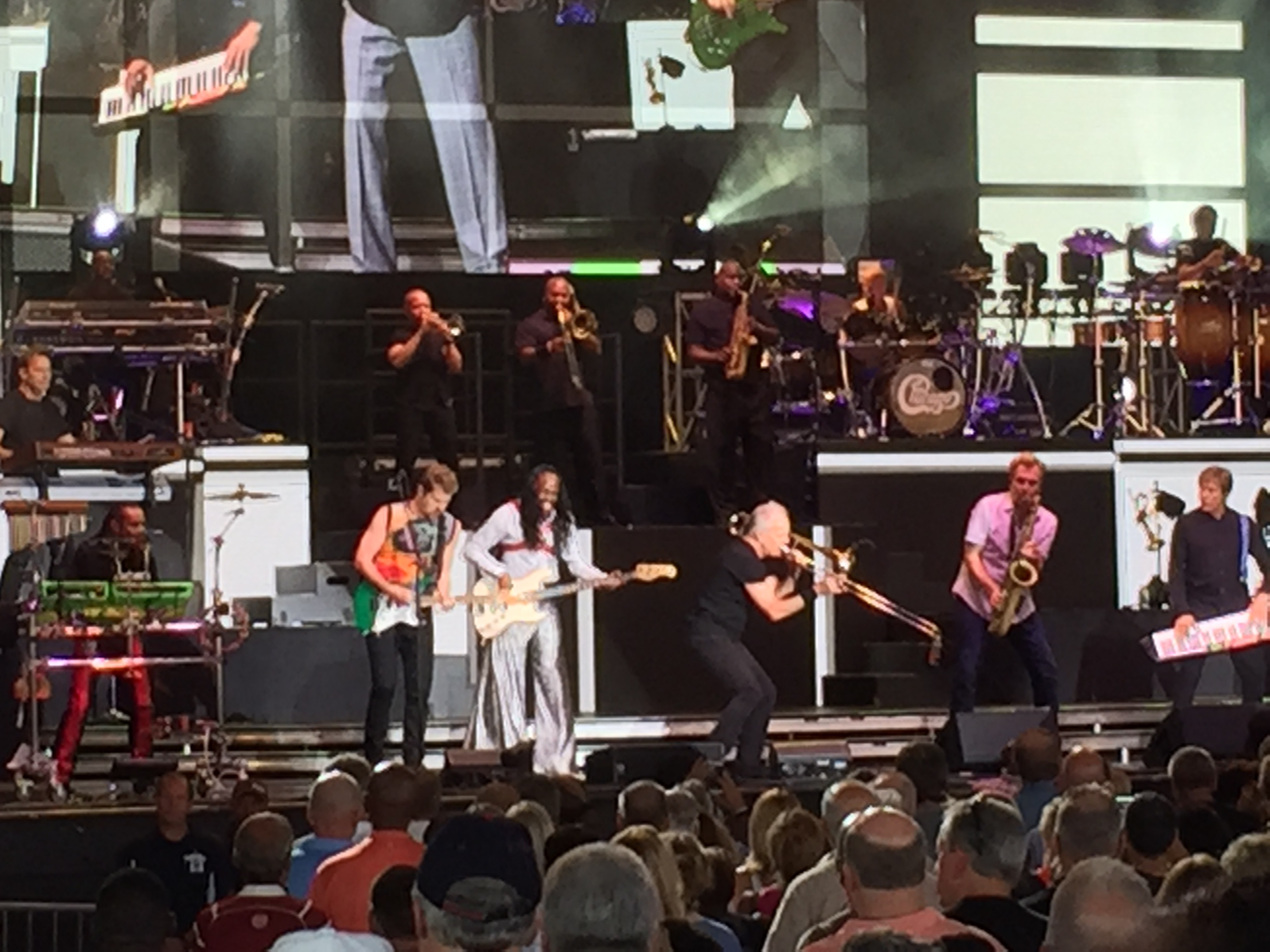