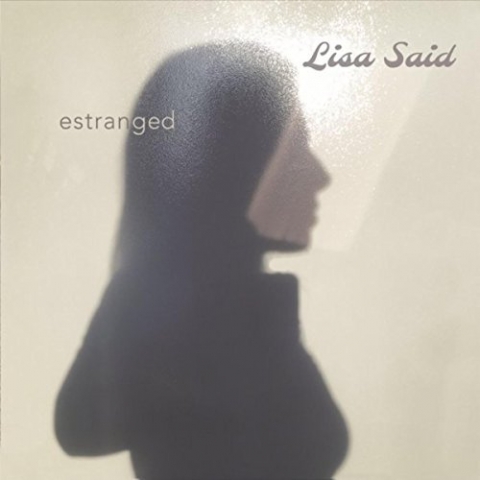 "Estranged is composed of songs written during an extremely difficult time in my life - separated...and dating again.

"I forced myself to re-integrate into a world I had a respite from for years in order to get outside and out of my head. In trying to lessen the space between, I ended up feeling more alienated at what had developed and evolved since I left. Even though a sense of belonging isn't the most natural state for me, I acquired a new sense of separateness and estrangement, of being caught in a zoo with different species. "Exile in Bro-ville" might've been an apt title for this release though it only covered some of the feelings.

"Other personal issues surfaced while recording my first solo album which was the time I wrote these songs- feeling like there was no place for me as an artist in a corporate world, feeling like I had compromised a lot of years and a lot of myself to fit my life into basic expectations. I'd written a dozen of songs during the past two years while recording my last album, some with a more melancholic angle so I decided to record the fast, more rock ones first-with less layers and more grit than the last batch of songs.  This time around, I wanted to bring out the rough and tumble emotional landscape in the sound- which some might say is a better representation of my personality.

"I began recording again last November and wanted to get everything down as quickly as possible-much faster and less instruments than last time-to record with the same tried-and-true team that I worked with on the last album: Don Zientara at Inner Ear Studio, Andrew Toy on drums, and Jason Kingsland mixed all the songs from his studio in Georgia. Since Seth Kauffman (Floating Action), who played most of the bass and guitars on No Turn Left Behind, was also busy touring during most of my impatient recording schedule, I consulted with other resources and talent-I invited my friend Andrew Cox to play mandolin on a few songs at Inner Ear. And then I was able to get my first guitar teacher Joel Schantz to play guitars on 'Regular Guy' which he recorded from his home studio in Asheville, NC. Don Zientara played bass on 'Up Not Down' and added extra textures with guitar effects and keyboards to some of the songs. I played bass on the other songs, not shy to dust off my old bass this time - urgency and availability was more of a guide than perfection and elegance this time around.

"Even though I was impatient to record quickly, I still kept working on songs until all the elements fell into place. Luckily, Seth Kauffman was available at the eleventh hour to add electric guitars and bass to 'Some Dudes' remotely from his home studio in Black Mountain, NC.

"Since I was working with a more familiar process and team this time around, I was able produce faster and with more intention, and I could be more myself in the resulting sound: obsessive yet impatient, punchy, and rough around the edges."

Lisa is a first-generation American, born in Tennessee to parents that moved there from Cairo, Egypt in the early '70s.

Having grown up in an Egyptian family in Tennessee, looking different and feeling stifled, it made Lisa want to leave the South as soon as possible. While earning her degree in upstate New York, she began visiting NYC and getting involved in the arts scene as a photographer and moved there after graduation. Then, after less than a year there, the drain of the city hustle along with her desire to focus on finishing projects and learning new skills drove her to locate to the less hectic and more natural environs of Asheville, NC. Once there she met a lot of musicians, had a lot of fun, and learned how to play bass and guitar from friends.

During those post-college years in Asheville, she gathered more music, watched music documentaries incessantly, and connected with people who were also obsessed with music. While living in a artist studio and practice space in a warehouse by the river (minus the van), she played music with her bandmates and recorded songs-some covers, some co-written- with her first band, a garage art-rock outfit, while learning how to play better and how to record and mix with Logic and GarageBand. It was during this time, around 2005, that she started writing the songs on her debut album.

After giving up on the small town artist life, Lisa came to Washington D.C. in 2006 to look for employment. She immediately started playing bass with a local band but soon left to concentrate on her day job, a new relationship, and other creative endeavors. Six years later, she got a new job with a great signing bonus right after a new bandmate had to quit the first music project she attempted since quitting her last band. With a stronger itch to play music after her hiatus, she combined both events and decided to record her solo songs in 2014 which led to the beginning of her musical endeavors in D.C., of which Estranged is the latest and most potent.