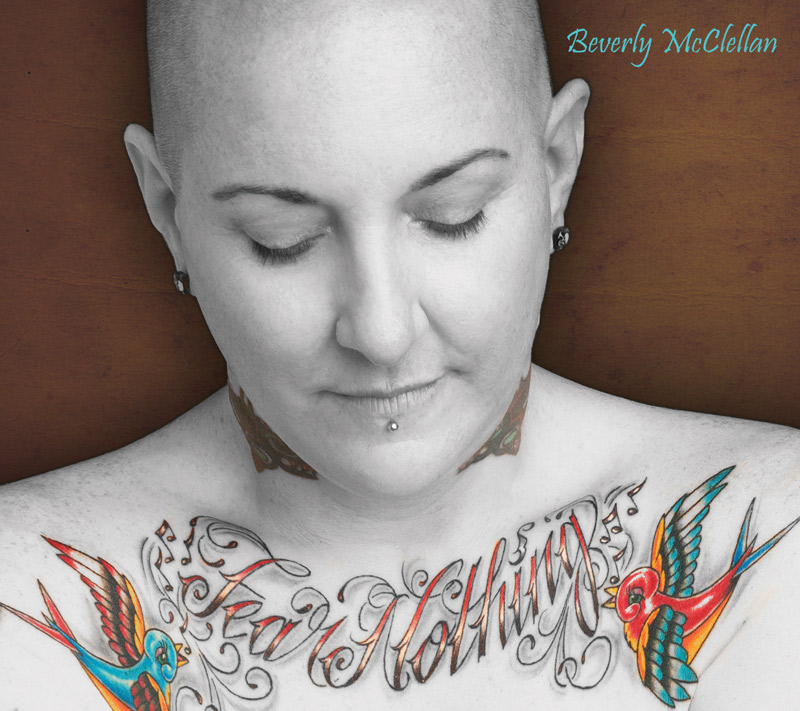 Fear Nothing is the third CD release by Beverly McClellan but the first since wowing the world with her dynamic performances (and third place win) on the first season of NBC’s new hit show, The Voice. And what a CD it is.

From the opening tune, I See Love, to the Boomerocity favorite, I Will Never Forget, to the beautiful, Melissa Etheridge-esque closing tune, Precious Times, this album hooks you and never lets you go.

Just as McClellan likes to make an audience feel that they’re in her living room during one of her concerts, her performance on this CD makes the listener feel the same way. The aforementioned I See Love, is funky, fun and full of life and makes this white boy feel like dancing in ways that he knows he can’t. Picture the pre-instructed dancing skills of the character, Willard, in Footloose, and you’ll have some idea of what I’m talkin’ about.

Another Boomerocity favorite is the uber smooth Ain’t Me. This tune has multiple smacks on the repeat button due to the easy groove oozing from the speakers. In addition to Beverly’s vocals, the bass and guitar work are bang on.

As already mentioned, McClellan’s treatment of the Nina Simone/Blind Willie Johnson classic, Nobody’s Fault But Mine, is one for the record books. Beverly serves up this blues staple in a way that would bring a huge smile on the face of the Ms. Simone. In fact, if I wasn’t already slapping the repeat button on this tune, I’m certain Nina would me making me.

I Never Will Forget is yet another of the eleven favorites on this CD. Easy and reflective, I predict that somewhere down the road, we’ll read that Beverly and Melissa Etheridge will perform this tune as a duet at some well publicized show. I can pretty much hear it in my head as I write this. The rest of you will just have to wait until it actually happens to hear it.

You’ll definitely want to add Fear Nothing to your listening library. You’ll listen to it often without growing weary of it. It’s an excellent travelling disc for the open road. Go ahead and buy it. There’s nothing to fear.

Beverly McClellan, The Voice, Fear Nothing