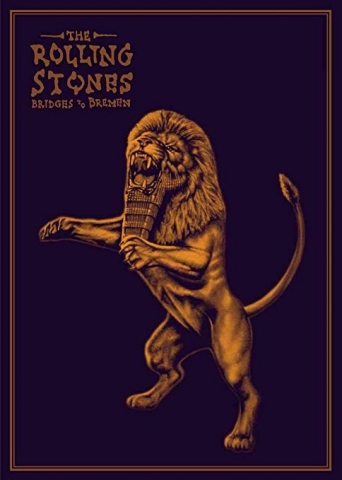 If you’re a Stones fan, odds are pretty good that you’ve seen – if now own – the Bridges To Babylon concert video by the boys. From that same tour, The Rolling Stones – via Eagle Entertainment – bring us Bridges To Bremen. The disc is a full-length show performed by the Stones on the fifth and final leg of the Bridges To Babylon Tour. Filmed at the German city’s Weserstadion on September 2, 1998, the band had by then completed four legs in the stadiums and arenas of North America (twice), Asia and South America before finally landing in Europe early that summer.

Ever the innovators, Bridges To Babylon was a tour of firsts – the first time the band went on the road with a permanent B-" allowtransparency="no" width="120" height="240">stage, and also the first time where fans could vote on the band’s website for a track they wanted to hear at the show – Memory Motel in the case of the Bremen fans.

This concert film has been meticulously restored from the original masters, and the audio remixed and remastered from the live multitrack recordings. Four tracks from their Soldier Field performances in Chicago are included as bonus features. So, Stones fans, what are you waiting for? Order up!