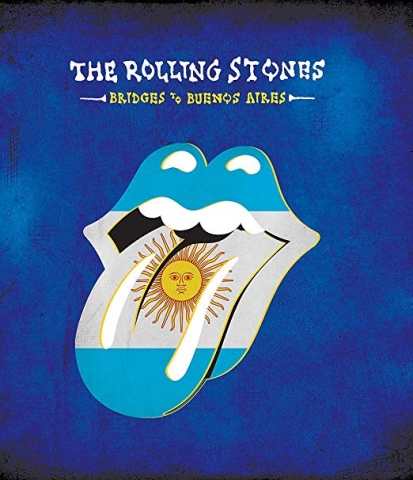 Here at Boomerocity, we’re huge Rolling Stones fans. Huge. So we’re always stoked to see anything new from the bad boys of rock and roll. Their latest DVD release, Bridges to Buenos Aires, is no exception.

Filmed on April 5th, 1998, by this point, the band had played to over two million people on the first two legs of the tour in North America and Japan. The full-length show from their five-night sell-out residency at the River Plate Stadium in Argentina’s capital city has been restored in full and features a very special guest appearance from Bob Dylan who joins the band onstage at River Plate for a unique performance of “Like A Rolling Stone”. That, alone, is worth the price of the DVD.

The two Boomerocity favorites from this collection are Saint of Me and Jumpin’ Jack Flash (of course) – but that’s if we had to choose favorites. We love the whole thing.

In this particular disc, the band is exceptionally tight and energetic and delivers all of the Stones favorites. The aforementioned performance with Bob Dylan is one for the record books and you’ll be able to have it in your own personal library when you order this offering.

Just in time for the holiday season, this is a great time to order several copies for yourself and those Stones fans on your Christmas shopping list.