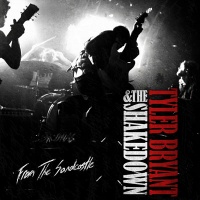 From The Sandcastle is the latest offering by guitar prodigy, Tyler Bryant, and his incredibly talented band, The Shakedown. The boys in the band consist of Belmont University alum, Caleb Crosby, on drums, Graham Whitford (son of Aerosmith’s Brad Whitford) on guitar, and on bass, another Belmont alum, Calvin Webster.

From the opening cut, Kick The Habit, Tyler and the boys offer up ample evidence as to why they are commanding the significant buzz and attention that they have. Excellently crafted lyrics on top of sophisticated, intertwined melody’s shows profound maturity in songwriting.

The second tune, House That Jack Built¸ is a solid rocker that, in my aging cranium, manages to conjure up memories of an amped up version of the “mojo risin’” line from the Door’s L.A. Woman. You’re going to find that this tune will definitely give you quite the earworm after the first listen.

Tom Petty’s influence on Bryant is clearly evident on Good Life. In fact, you’re gonna swear that Mr. Petty is providing the vocals. I’m not going to be at all surprised to learn that Tom and Tyler share a stage and/or studio in the near future. That will be worth five times the price of admission.

Someone else Tyler sounds like with his own special magic added to make it all his own is Jon Bon Jovi as he sings Being Here. Not only are Bryant’s vocals bang on like Jon’s, the tune sounds like it could easily be a Bon Jovi hit.

If I had to choose a favorite from this disc (and I’m glad that I don’t because I love the whole thing), that pick would be Shackles. Sung like a man who has been to the fabled crossroads, one can see why Tyler won the Robert Johnson Blues Foundation’s New Generation award five years ago.

If you can only buy one album between now and the end of the year, From The Sandcastle is just such an album. It’s available here September 20th and is a definite must-have for any of you who love blues or straight forward rock and roll – both performed as they should be: from the heart and soul. 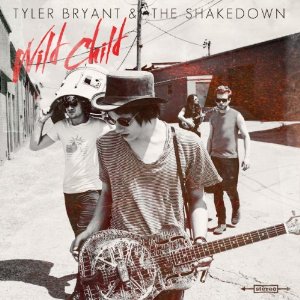 Tyler Bryant, From The Sandcastle