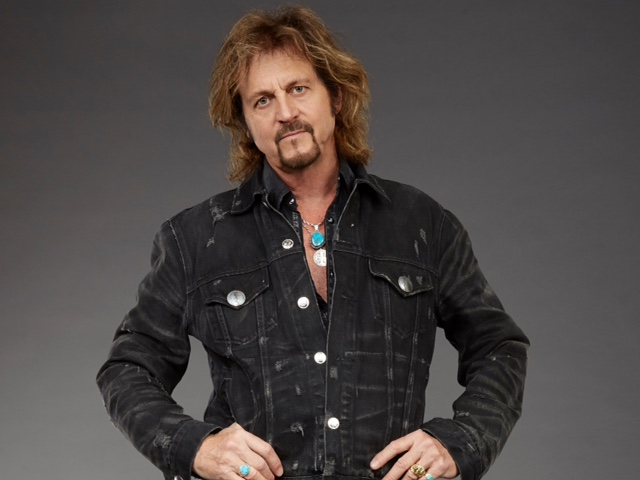 Photo by Maryanne BilhamOdds are pretty strong that you have heard Gregg Rolie on some of your favorite songs but you probably aren’t familiar with his background and his huge accomplishments.

Let me fill you in.

The first big band that Rolie was involved with – and made his voice and organ work internationally recognizable – was the original Santana band. The opening organ notes and his voice on “Black Magic Woman” is, to this day, instantly recognizable. It took the band to Woodstock and, ultimately, provided Gregg’s first induction into the Rock and Roll Hall of Fame.

The next huge band Rolie helped form was none other than Journey. He was keyboardist and vocalist/co-vocalist on the band’s first six albums. He left the band (“retired”) in 1980. However, Gregg recently re-joined the boys of Journey for their induction into the Rock and Roll Hall of Fame, making it his second induction to its sacred halls.

The past six years, Gregg has been keyboardist/co-vocalist in Ringo Starr’s All-Starr Band. How cool is that? I recently called up Gregg to chat about his induction, his work, and what it’s like working with Ringo.

As I did in my recent interview with Rolie’s All-Starr Band mate, Todd Rundgren, I mentioned about meeting him backstage a couple of years ago at a Ringo show in Greenville, North Carolina, and how gracious and friendly each of the band were to their guests.

“You know what? That’s because everybody is that way. I think it’s one of the major reasons why it’s lasted five years. Have a good time and treat each other

with respect and love the music. It doesn’t get much better than that. You travel well. You’re playing with great players. Good music. A Beatle. And, everybody gets along. It’s just so enjoyable!”

At the time of our conversation, it had been a few days since Gregg was at the induction ceremonies with the other Journey bandmates.  Since he had some time for it all to sink in, again, I asked the obvious question of what his thoughts were about it.

“Well, you know what? That’s what I always said. I’m so stunned by it. It got to the point where I was going, ‘Are they sure they got the right guy?’ I’m in there with people that I hold I such high esteem. It’s a very select group of musicians to be in really good company. I was blown away by it. I still am when I look at the list. It’s all of my heroes! So, to be added to that list is just stunning! And now that I’m home, it’s like, ‘Yeah, it’s cool. I did do the work!’ I mean, there’s no doubt about it! 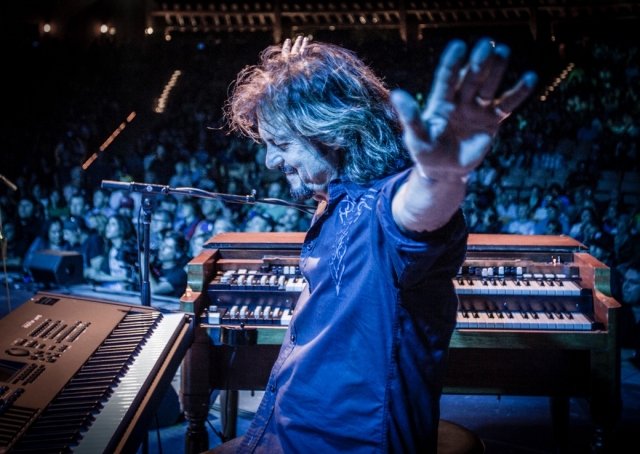 Photo by Scott Robert Ritchie“Still, I always looked at music as just one foot in front of the other. It’s never been a goal to have – just play great music and have a nice living and enjoy myself while I play. Just take it one day at a time, basically, because you just never know. In my life, it’s just gone on and on and on. When I gave my acceptance speech, I mean, think about it: From Santana to Journey to Ringo Starr, various solo projects, back to Santana IV, and up on stage with Journey, again.

“The other part is, about eighty percent of my music has Neal Schon on it – from Journey. I had to go back and take a look at it being that this is kind of his historical event. I went back and took a look at it. I go, ‘My god! He’s on almost all my solo projects. Whether it’s one song or two songs. We’ve stayed together apart for a long time. I found that amazing. Without Neal and Herbie calling me in the first place, I wouldn’t have been there. It really was Neal’s band all along. When the singer appears, it’s like it all changes. But it really is Neal that started the whole thing.”

Looking over his career, being a co-founder of Santana, playing Woodstock, co-founding Journey, in his sixth year playing with Ringo, and reuniting with Santana to recreate that past magic, it all begged the question of where does he go from here.

“I know! It’s one foot in front of the other one! Who knows? I’ve retired several times and it just doesn’t seem to hold. I get calls to do things. ‘It’s a great idea! Let’s do that!’ I mean, it just keeps going on and on. I’ve been so fortunate. Going back and taking a look at the history of my work with all the guys I met, when I met them and everybody had the same ideas. We just grew. It was all about the music and all going forward and building it. We have played to so many generations of people. And it continues. Santana will never – I don’t think it will ever stop because of the style of music it is. Blues. It won’t go away. It is what it is. People still love it. Young people get hold of it. ‘Wow! This is great!’ It just keeps going on and on.

“The best news for me is I’m like a lot of painters like Van Gogh who didn’t get any acclaim. Probably died a pauper, as far as I know. He didn’t get any acclaim until he was gone. I’m still alive and I get to look at it! Ha! Ha! I get to see this and realize how much impact the music I’ve been associated with has had on the world. Yeah, it’s pretty incredible!”

Shifting our focus to working with Ringo Starr, I asked Gregg for his thoughts about working with such an icon.

“The best that I can say is you’ve seen movies on Ringo. You’ve seen interviews on Ringo. That’s Ringo. There’s no façade here. He runs a band really well. I’m minimizing it but, basically, it’s like (going into a Ringo accent), ‘Don’t be late or I’ll leave you on the tarmac.’ It’s cut and dry just like his wit. It’s very simple. Everybody has such respect for him in the band and respect for each other. That’s why it works. It comes from him! It took me a year and a half to not sit there and spin my head around when I was on stage with him going, ‘I can’t believe I’m sittin’ here!’ Rivera told me, ‘That’s going to last about a year.’ ‘Oh, c’mon!’ I’ll be damned if he wasn’t right. I finally feel comfortable – really comfortable.

“It’s because of the Beatles – I was going to be an architect. The Beatles came out and I was, like, ‘Wow! This is cool! So, I should try this!’ Ha! Ha! It’s cool. Adding up everything, like I said, going from the groups that I’ve been in and the amount of time that it’s taken. I had retired pretty much at thirty-three and it just didn’t hold when I left Journey. Things just started poppin’. The Ringo thing came out of the blue. I was blown away. It’s been one of the finest things that I’ve ever done in my life.”

When I asked if he were made music czar, how would you fix the business – or does it need fixing, Rolie said:

“The business needs fixing. I think that one of the main things that’s happened is just in the record company side, they got a bunch of bean counters in there instead of real music people. You know, there’s not many Clive Davis’ or Ahmet Ertegun’s – there’s just not a ton of those people around any more. Rick Rubin – a great producer – has kinda gotten into Sony and has the right idea about it.

“But the business has changed so drastically because of the internet. There’s a million bands out there. There’s a lot of music out there and selling CD’s is a thing of the past. It’s really about playing live and we still do and a lot of younger musicians really don’t play live. So, where are ya gonna go? I think that it limits what can happen because if you can’t do it live, you’re not going to sell anything because it just doesn’t sell like it used to. If you sell two hundred and fifty thousand units nowadays, you’re doing really well. Back when I was doing that, you were fired. The real place to make money is to play live, which is what’s happening. Younger bands, they’ve got their own little tribe of people and they go all over the place. They can do quite well. I think that the days of the enormity of it have gone by the wayside. That’s about all I know.

“The only thing that I can say about playing music is that even if you’re just doing it for yourself, it’s so good for your soul. If you can do something like that, you can disappear on the world if you can play. You sit down and play something, you become yourself and forget about all this stuff that’s going on in the world right now – which has gone crazy, by the way. To quote Perot, ‘The world gone crazy!’ Ha! Ha! Anyway, playing music is that for me. It’s good for your heart and soul no matter what.”

My final question for this rock and roll royalty was: When you finally step off the great tour bus called life up at that great gig in the sky, how do you want to be remembered and what do you hope your legacy will be?

His answer was humble and heartwarming.

“I’ve thought about that before and it’s very simple. My epitaph would be: Great guy. Cool job. It’s that simple. It’s all I want to be known for. ‘He was a great guy and what a cool job he had!’ Ha! Ha!”

You can keep up with Gregg Rolie’s activities at GreggRolie.com as well as his work with Ringo Starr at RingoStarr.com.