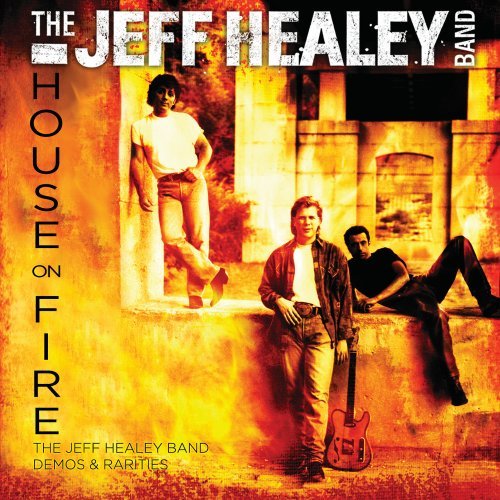 Continuing its series of releases drawn from the vaults of the Jeff Healey Band, Eagle Records will release House On Fire, a collection of studio rarities and demos recorded in the nineties. These eleven featured tracks are previously unreleased, recorded between 1992-1998, with some songs culled from the band’s sessions for Feel This and Cover To Cover.

The entire collection is great but if Boomerocity had to pick three favorites they would be:

The blazing hot title tune that will defy you to not go at least 30 miles over the speed limit if you’re listening to it while driving.
The down, dirty and bluesy You Go Your Way, I’ll Go Mine
Healey’s cover of Bob Seger’s We’ve Got Tonight

Jeff Healey was an important figure in the world of music, his popularity rapidly outgrowing his native Canada and taking him all over the world. Without a doubt House On Fire serves as a reminder of his talent that is still horribly missed five years after his premature passing. Healey fans and guitar aficionados alike will most definitely want to add this phenomenal collection to their listening library.

Written by Randy Patterson
All rights reserved. Permission for use may be obtained by contacting This email address is being protected from spambots. You need JavaScript enabled to view it. .