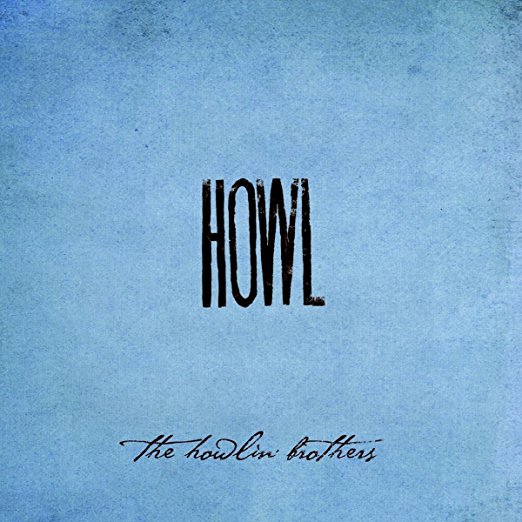 The Howlin’ Brothers is a Nashville-based band that likes to keep one foot in tradition and use the other to kick it right out the door.

On Howl, their first album for Brendan Benson’s Readymade Records label (through Thirty Tigers), they effortlessly dispel all kinds of preconceived notions — starting with the myth that Nashville means just country. We can also forget the words rock and pop, regardless of what their association with Raconteur Benson, who produced, might imply. (Although, we must note, they do rock — just not according to, um, tradition).

Though they certainly incorporate bluegrass rhythms, these Ithaca College graduates say they’re better described as Americana, where multiple hyphens are the norm and boundaries are not.

Perhaps because they veer frequently into old-time, country-blues and even Dixieland jazz territory, vocalist/upright bassist/banjo player Ben Plasse notes, “I think we’re more willing to take risks with arrangements and style. We’re not afraid to do anything we can pull off that that we think is groovy.”

And no, the Howling Brothers are not siblings — nor even relatives. They do share a house just outside of Music City, and co-parent a 1½-year-old pit bull/border collie/bird dog “blend” named Cora Lee — who doesn’t howl . . . much. Coincidentally, siblings can be heard on Howl; members of Nashville’s Jypsi contribute harmony vocals to the gospel-graced closing track, Mama Don’t You Tell Me. Warren Haynesalso guests, on Big Time (which he co-wrote with the band).

It should be noted that none of them was raised in the foothills of the Smokies or the Blue Ridge Mountains, or anywhere near a “holler” — though they sound as if they’d fit right in at the Carter Family Fold in southern Virginia. (And when they plop matching white felt hats on their dark locks, they look the part, too.)

Ian Craft did grow up not far from the Adirondack Mountains, in Homer, N.Y., just south of Syracuse. Jared Green was born and raised in Bayfield, Wis. Plasse was born in Halifax, Nova Scotia, and grew up in Lexington, Mass., just outside of Boston.

Craft’s first passion was drumming and percussion; he had steel drum bands in high school and college. Green grew up tickling the ivories next to his piano-teacher mother. He did the high-school rock band thing, playing covers at dances. Plasse remembers, “Music was just always in the house. I played guitar from about 14.”

All three wound up at Ithaca, where Craft studied percussion performance and Green and Plasse majored in classical guitar and recording. Craft and Green met, appropriately, at a recording session.

“My steel band was going into the studio to record a demo. Our bass player, Dominic Fisher (of Wood & Wire), was Jared’s roommate,” Craft explains. “Jared was the recording engineer. So I met Jared and I said, ‘Hey, let’s pick some tunes sometime.’ I eventually moved into Jared’s place, and I met Ben through Jared. We all liked the same kind of music.”

Craft sat in with Plasse’s jam band once or twice, and Green joined Craft’s rock band as an electric guitarist. But by then, Green says, Craft had ignited his interest in old-time music.

“We realized that acoustic music was what we loved the best,” says Craft. “We just had so much fun doin’ it.”

Though Craft didn’t know Plasse well, he accompanied Green to Plasse’s college guitar recital. Plasse asked them to join him onstage. “We did some high-singing and three-part-harmony,” Craft recalls, “and Ben’s guitar teacher, Pablo Cohen, from Argentina — an awesome guy — came up to us afterward and said in a really thick accent, ‘Who ees these guys? The Howling Brothers?’ And we said, ‘Hell, yes, we’re the Howling Brothers!’ We’ve kept it ever since.”

Before they knew it, they were a band. After graduation, they hung around Ithaca, scraping by with house-painting jobs, then decided they might as well try their luck in Nashville. That was in 2005.

They’ve been making music full time for three years now, and previously self-released the albums Tragic Mountain Songs (2007), Long Hard Year (2009), Baker St. Blues (2011), and a compilation of live performances, Old Time All the Time (2012). (Sold exclusively at shows until now, they will be available on the band’s website in 2013.)

The trio met Benson through a mutual friend who hosts frequent picking parties, a favorite Nashville pastime. Searching for multi-instrument string players to perform on a Cory Chisel album, Benson asked around, and, according to Benson’s manager, Emily White, “Everyone said he had to talk to the Howlin’ Brothers.”

They ended up spending an entire month in the studio together.

“He was just so cool,” Craft says of Benson. “He loved us, and he was like, ‘I’m making your next record.’ We thought he was joking.” But according to White, “When he brought them into the studio he freaked out and called me, saying that he really wanted to produce a record for the guys because they were such amazing players and had a killer thing going on.” Once they got over the shock of realizing he was serious, they created Howl, a mix of originals and classic and traditional covers.

“We always try to include some of our favorite traditional tunes, because it’s cool give a nod to the traditional stuff,” Craft says. But he insists, “It’s not a bluegrass album at all.”

But after working and touring with the Howling Brothers, maybe Benson’s testimonial resonates the most. “The Howlin’ Brothers live the life they sing about in their songs,” he says. “They are authentic and the real deal through and through. On top of that, they are the hardest-working musicians I've come across. They play their instruments every waking moment and are truly possessed by music.”

Possessed by music. Sounds like a great next-album title, especially for a band called the Howlin’ Brothers. But let this one sink in for a while first. Because it’s going to. For sure.