In Concert - Live At Sibelius Hall 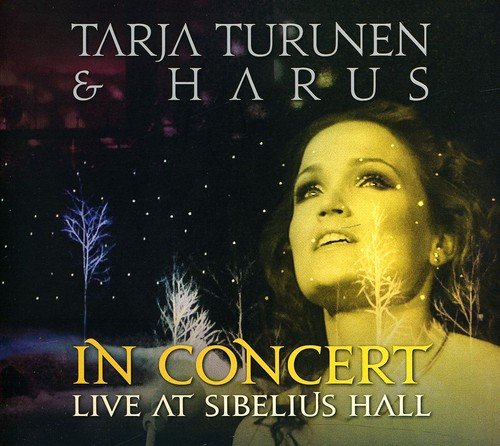 I’ve always been a rocker. However, when I was in high school in the seventies, I also was part of Mrs. Caldwell’s high school Concert Choir at Moon Valley High School. During the two years I spent under her patient (and I do mean patient) instruction, I learned to have a healthy appreciate for great classical works by Handel, Wagner and others. I was also startled to learn that certain rockers like Freddie Mercury , Elton John and the members of Chicago were all classically trained. Suddenly, to a young punk like me, classical was cool.

Fast forward to more recent times. Today, it’s a lot more common to learn of artists having had classical training but it’s not too terribly common for those rockers to revisit their roots. One such talented artist who has revisited their roots and put that visit on a newly released CD is the beautiful and multi-talented frontwoman for Nightwish, Tarja Turunen. The album is Tarja Turunen & HARUS In Concert – Live At Sibelius Hall and is the first official release from Tarja’s new project HARUS. Turunen achieved worldwide recognition as a premiere heavy metal/hard rock vocalist as the frontwoman of multi-million selling band Nightwish, before embarking on a successful solo career. However, Tarja’s background has always been classical music. Now, showcasing the true breadth of her talent, Tarja steps away from the hard rock/heavy metal sound that made her an international star to return to her classical music roots with HARUS.

Filmed in Lahti, Finland in December 2009, In Concert presents a blend of traditional Finnish music with classical and modern elements. The fusion of organ, electric guitar, percussion, and Turunen’s enchanting vocals filled Sibelius Hall that evening with an emotional, spellbinding energy. With a set that included two different versions of Ave Maria, the Boomerocity favorites, Heinillä Härkien, Astral Bells and You Would Have Loved This, this fresh approach to traditional music is an absolutely atmospheric experience and well worthy of its addition to the listening library of the most discriminating music fan.

Besides, classical is still cool.

Michael Cheval & His Absurdly Brilliant Works of Art
811 views
Posted September 2020 I’m not an art expert. I don’t even play one on TV. I’m not sure if I can art...