In The Name of Freedom 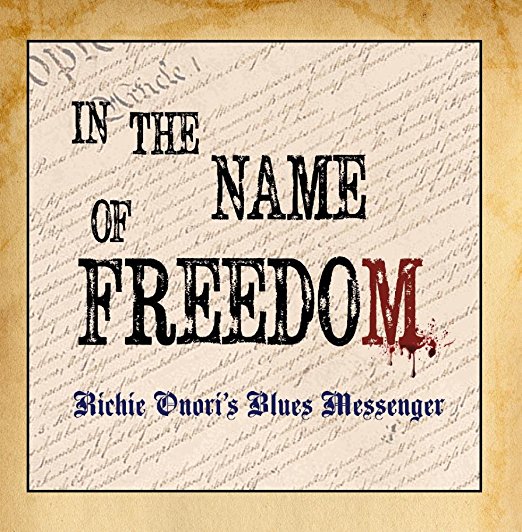 Once upon a time in America, rock music served as the mouthpiece against war, the government and its encroachment against individual freedoms. Whether the president was Democrat or Republican, the protest music of those times were aimed directly at them. These days, the protest music, such as it is, is somewhat along partisan party lines.

Richie Onori’s Blues Messenger has released In The Name Of Freedom that takes aim at both sides of the political aisle. Much like the 60’s and 70’s, Onori (of the iconic band, Sweet) has stepped upon the protest soapbox, calling the alarm to individuals and society alike, to take control of their freedoms, once again, and to hold our government and it’s career politicians accountable.

As Onori states, “The system is rigged in such a way that We The People are pitted against each other to create controversy, chaos, and fear. Their intent is to distract the attention away from them. We can’t, as citizens, come together to defeat this attack if we don’t know who the real targets are. There are very few that know who the targets are – do you?”

Richie continues, “We the people do have the power right now. The time is now to organize and unify before it’s too late. As citizens let’s focus on what is ethically right instead of being separated and distracted by this petty political circus in front of us and which is being purported by the bought-and-sold corporate interests.”

Blues Messenger is made up of Onori on guitar and vocals, Phil Woodard on guitar, and Marvin Sperling on bass. In the studio, Richie also supplied the harmonica and drum work. Together, they make a seamless musical powerhouse that kicks major butt!

The three favorite tunes (if forced to choose favorites) are:

Hey You (Better Think Again): This is THE Boomerocity favorite. The guitar riffs remind me of Hendrix’s best with Onori’s own touches that make it his own. This one tune is worth the price of the whole album by itself. Yeah, it’s that good!

American Fighters: This bluesy acoustic piece is incredible in it’s beautiful simplicity. While the title might imply that its subject is about our men and women in uniform, Onori is referring to the folks like you and me who work hard every day to keep their fiscal noses above water. He eloquently lets it be known that corporate America and its government are dog piling on us in ways that make financial survival harder and harder to attain.

The title cut, In The Name Of Freedom, is a blistering hot cut that clarion call to step up and, first, preserve what freedoms we have left and, second, take back what was lost.

From the opening cut, (Power To The People, an unequivocal call to action) through the rebuking tune, The Answer, this CD will challenge the listener to rethink their core beliefs and values. Hopefully, more than that, it will call the listener to action.

Donna Loren
5160 views
Posted May, 2011 Ah, the sixties!  For many of the Baby Boomer Generation, that is considered ...