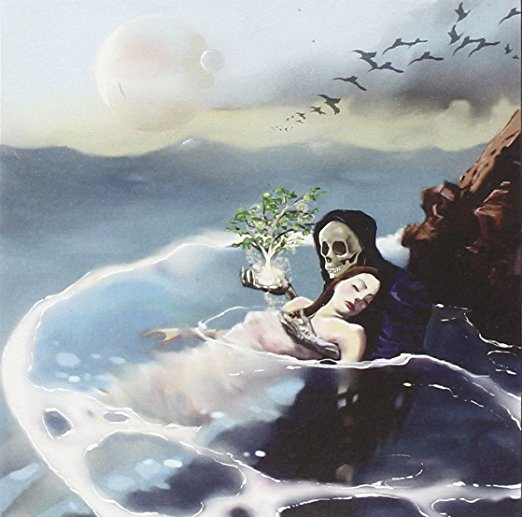 San Francisco’s Tea Leaf Greenreturn with their most personal collection yet of brawny but hooky classic rock ’n’ roll. In the Wake, out May 14, 2013 on Greenhouse Records, distributed by Thirty Tigers, will be followed by a national tour of major U.S. cities.

After suffering personal tragedy and bonding together creatively — allowing for each member to meaningfully contribute to the songwriting process — TLG produced a career-defining album. In the Wake has all the hallmarks of their acclaimed 17-year body of work, but it’s imbued with an emotionally rich cathartic power.

Tea Leaf Green, whose journey began as a jam-minded party band in the late 1990s, now find themselves some of the Bay Area’s most thoughtful, dedicated craftsmen. As sharply carved and musically robust as any rock unit today, TLG have harnessed their surefire live prowess and ability to seize an audience into a bustling, emotionally dense, ear-snagging studio form with In the Wake, a complete vision that represents the great skill and open-minded invention in this quintet (Trevor Garrod [keys, vocals], Josh Clark [guitar, vocals], Scott Rager [drums], Reed Mathis [bass, vocals] and Cochrane McMillan [percussion]), placing them alongside contemporaries like Delta Spirit, Everest and Dr. Dog in marrying honesty, artistry and grit in music that hums with bruised but unbowed life.

“The title In the Wake has multiple meanings for us,” explains Mathis. “First, these songs came in the wake of our own personal tragedies. Second, the album comes in the wake of our previous album Radio Tragedy (2011). Third, it’s a wake where we’re mourning some things, and celebrating the departed. And last, it’s a sign that we’re in the process of waking up. But, the song ‘In the Wake’ isn’t about any of this [laughs].”

Coyote Hearing Studio, an up-and-coming Oakland, Calif. recording space co-run by TLG’s McMillan and In the Wake co-producer Jeremy Black (Apollo Sunshine), contributed to the flow and ease of making this album.

“It’s really helped to have an impeccable environment to record in with multiple people capable of engineering, producing, and creating together. It’s really been a laboratory for us. The ideas were continually stringing together between us. It’s definitely the most collaborative record we’ve ever made,” says McMillan, who spent many mornings alone in the studio tinkering and fine-tuning tracks, a sign of the warm push-me-pull-you creative relationship he shares with Black.

“We’ve been building towards this sound and recording style for a while,” says Clark. “It’s a matter of trust to come in and know what the other guys have laid down is good and you can build on it. We trust each other to make the sounds that need to be made. It’s also nice when you bring in a song with some words and a melody but you don’t have a preconceived idea of how it sounds. We let each song takes its course.”

More so than anything in their earlier catalog, In the Wake presents what the considerable collective talent in Tea Leaf Green is capable of, letting solo spotlights dim in order to illuminate the greater being that emerges when the members’ arms are linked. Early on the quintet distinguished themselves from their jam-band brethren by writing concise, melodic songs with burly blues-rock riffs.

“One goal with this album was to focus not on who was playing what but to do everything we could to simply make the best songs and the best record,” says McMillan. “It’s not all the individual’s ego. It’s Tea Leaf Green’s ego. We tried to tap into something larger. That’s a beautiful, poetic thing to say, but practically we all still have egos and butt heads, but what came out of this process was something we all really and truly could agree upon. We really did move as one large school of fish.”

“After a while, I noticed all the songs were dealing with the same sentiment: Grieving and getting past it,” says Mathis. “Depression happens to everyone when they fall down. Chronic depression is when you can’t get back up and won’t complete the grieving process . . . We ended up with something that felt very authentic and healing. Making the record was the finale of the grieving process we’d been through privately, and we helped each other through the final phase with Jeremy at the wheel.”

In the Wake was exactly 365 days in the making — the band received the final masters a full year to the day from when recording began. It was a long road, with a survivor’s fortitude infusing the group’s traditional melodic charms along with an unprecedented degree of studio exploration.

“All of us had our guts handed to us by life in 2011, the year preceding starting this record. The band was solid but everybody really came up against it otherwise. That’s a really powerful bonding experience, but we were all still feeling a little fragile when we came together to begin recording,” says Mathis. “We laid some ground rules on the very first day: 1) Jeremy’s in charge and 2) We weren’t going to discuss the music. We were just going to start. No one was confined to a role, and we just chipped away at it. I wasn’t just responsible for bass. I played guitar, piano, wrote some of the guitar and piano parts Josh and Trevor played, and more.”

While not a concept album, In the Wake revisits certain themes — separation, loss, what comes after difficulties, the perspective time brings — including an interlocked “Space Hero” trilogy from Josh Clark.

“Trevor wanted to make a party record, and that’s not really what this is,” chuckles McMillan, “but the way we entertain is floating in these tracks. Ballsy, exciting and fun, that’s us at our best.”

Listening to the new album, it’s clear today’s Tea Leaf Green is a far cry from the young men who wrote “Sex in the 70s” and other easygoing vehicles. That strain remains in TLG’s substrata, particularly in their always invigorating concerts, but creatively and emotionally there’s just more heft to them now.

“We love our fans and are very fan-centric, but at a certain point we have to move on and explore new sounds,” says Clark. “It’s not going to sound like it used to, but we’re really not in any kind of control over this. We don’t sit down and discuss how we’d like to sound. It just happens. This time we got to explore some softer elements, and to move outside our comfort zones. Who knows where it’s going from here.”

In The Wake, Tea Leaf Green