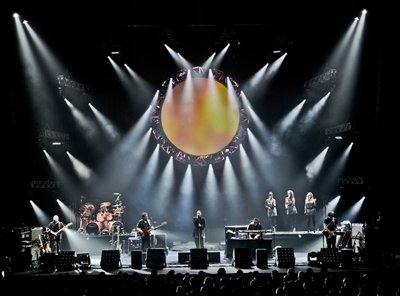 When I was a teenager growing up in Phoenix, Arizona, Pink Floyd was one of THE bands that real serious rock aficionados hailed as being the best. Their music was considered deep, meaningful and intelligent.  Their album, Dark Side of the Moon, ruled the turntables of many a teenager’s stereo, including mine.

My favorite music store in those days was called Wide Wide World of Music and was in our new mall, MetroCenter.  The front two thirds of the store were albums (yes, the vinyl kind) and musical instruments.  The back third of the store was raise up about four feet and had high stereo equipment with the back wall being a wide array of the best speakers money could buy.

One day I walked into the store as the alarm bells from the beginning of Pink Floyd’s Time came blaring out of the wall of speakers in the back of the store. As my stylishly long hair was sonically being parted down the middle, I felt my innermost being getting rocked to the core.  I’ve obviously never forgotten the experience.

These days, Pink Floyd doesn’t tour much. You’ll occasionally get a chance to catch a gig by David Gilmour or Roger Waters but the odds of a Pink Floyd tour happening are, well, on the dark side of the moon.

However, don’t despair. There is a tribute band that is (I dare say) every bit as good as the original (and I don’t make that claim lightly).  They are The Australian Pink Floyd Show and have been hailed as being at the top of the tribute band tree.

“Aussie Floyd” was formed back in 1988 by guitarist Lee Smith in Southern Australia capital city of Adelaide.  Smith formed the band with his drummer, Grant Ross and bassist, Trevor Turton.  They recruited Steve Mac and Jason Sawford for additional guitar, vocal and keyboard work and off they went.

Since their humble beginnings, the band has gone on to sell over three million concert tickets for shows in thirty-five countries. To give you an idea of just how good these guys are, they were asked to play for David Gilmore’s 50th birthday celebration.

With a new world tour starting up again here in the states this month, I was given the opportunity to chat with original member and keyboardist for the band, Jason Sawford.  He called me from England to talk a little bit about the tour and the band.

About touring, I asked Jason how much of the year the band is typically on the road.

“We’re pretty busy. I mean, I think we’ve done about 120 shows in the last year. Of course, you have all the travel days getting there so we’re on the road a lot of the time. I don’t get much time at home at all. I just view my house as a stopping over point, really”, Sawford concluded with a chuckle.

In sharing how this particular tour will be both different and the same as previous tours, Jason shared, “Obviously, we’re doing a Pink Floyd show and we’ll be doing a lot of songs that we didn’t do last year. There’s quite a psychedelic theme to the show this time around and we’re doing some more unusual numbers. We’ve got some new film material and animation material that is included into the show and we’ve rearranged the light show. It’s kind of a new design to the show we had last year. It’s a stunning show. I think it’s the best we’ve ever done.”

When I asked if they’re “mascot”, their pink kangaroo, was going to be part of the show, Sawford said, “He’s always there. We’ve got the other things, as well – the teacher and the pig but the kangaroo is always there. ‘Skippy’ is what we call him. He always brings a smile to the face of the audience. When I’m playing there and he comes up, you see everyone laugh. He’s a favorite.”

The business geek in me had to ask Jason what kind of logistics is involved with getting a show like theirs on the road.  He said that, “It is really involved. When we started out many years ago, it was just a few guys and we used to drive ourselves to the show. But now we’ve been doing it for over twenty years and it’s become a pretty big operation now. We have to have a separate management company that organizes everything. We’ve got to get the tour buses; we’ve to get the equipment to and from; we’ve got to work with lighting companies and sound companies and get everyone who lives all over the place together to rehearse.

So, there are a lot of costs involved in just trying to get everyone together to arrange a tour. We don’t do it ourselves. We have to get a separate management company to that for us because it’s so busy and we get so busy with the music that we have to get someone else to do that for us. It’s really a major operation. I sometimes watch all these people get together and setting it up. It’s amazing how it’s grown over the years.”

In doing my research for this interview, I read that Mr. Sawford puts a tremendous amount of time perfecting his part of the sound of the band.  I asked him if he feels that he’s reached perfection yet.

“It’s pretty much an ongoing process. I think we’ve done very well and we’re getting better and some of the sounds I’m really proud of. What amazes me about the music is I can listen to a classic album like Dark Side of the Moon or Animals or whatever and I’ve must have listened to them umpteen times and I always discover new things, new little subtleties in the music and trying to recreate that sound – that little bit of feeling or phrasing of the music. There’s always something new to discover in the music so you never really finish it. You’re never totally satisfied. The people out there listening to it might not know the difference but we notice it so we’re always working at it to make it better. I think people do appreciate it.

“We do have fans – not only just people who like the music. We do also have hardened music people who know and get into it and appreciate it, the subtleties and the effort we have to put into it.”

Jason and his band mates have been asked countless times about what Pink Floyd albums that they can and can’t do in their shows so I asked him that question. However, I did ask him, of all the things they’ve been able to do, what haven’t they yet done that they think is doable on stage?

“We’ve done a lot of Pink Floyd stuff. I mean, we’ve done The Wall. We’ve done Dark Side of the Moon. We’ve done Wish You Were Here and Animals and we’ve done stuff from their newer, later stuff. But I would love to do something like Atom Heart Mother which had the orchestra and the choir but, I mean, bringing all those people on stage, that’s going to be hard. But we might be able to do a condensed version of it, perhaps. You have to think about how practical you can do it but that’s something I’d love to do and maybe we’ll do it one day. When you’re trying to recreate something like Pink Floyd, there are a lot of challenges – how you do it musically, how you do it with the lighting, how you do the affects and so on. But, with enough imagination and creativity you can figure out how to do it.”

Then, comparing how Pink Floyd addressed those issues back in the day, Sawford adds, “When they started out doing those things, they didn’t have as much technology. We have the advantage of (newer) technology, but, yeah, they would’ve faced a lot of challenges themselves and it is challenging. How do you do this? How do you present that? But it’s a team effort. We discuss amongst ourselves and with our crew about how they would do things and we find solutions.”

Aussie Floyd has had some interaction with the members of Pink Floyd.  I asked Mr. Sawford if any of them shared anything with him or his band mates like, “Wow!  If we had this kind of technology when we started out . . .” or something similar.

“Being a keyboard player, I would love to sit down with Rick Wright but, of course, he’s no longer with us, very sadly. But, no, not particularly on that question. We’ve spoken with members of Pink Floyd and we’ve actually worked with people who have worked with Pink Floyd but not actually discussed that much, really, about it. That’s a good point, really.”

As for what’s after this tour as well as long range plans for The Australian Pink Floyd Show, Jason said, “Well, we’re always thinking, ‘what else can we do?’. Next year will be an anniversary of The Dark Side of the Moon and we’re planning a celebratory tour of it so we’re going to do a lot of stuff from Dark Side and design the show again which will have very much of a Dark Side to them. After that? I don’t know. We’ll have to see. As the years go by, we’ll see what else we can do. We’ve done quite a lot over the last few years. We’ve done all the albums. We did the 3D show. We’ve had this new kind of design recently. Sometimes we don’t know what we’re going to do until the last minute, actually.”

When this is all said and done and you all are on the dark side of the moon, how do you want to be remembered and what do you hope your legacy is?

“Well, you know, it’s funny, because, as a tribute band paying tribute to a band that, obviously, is a very great band and they’ll be remembered for their music and we’re sort of in their footsteps and shadow, in a sense. But I do like to think we’ve done is preserved the memory of one of the great bands. It’s almost like we’re like a classical orchestra in a rock music tradition and we’ve continued it on and studied it like scholars and preserved it. It opens up new potential for what musicians can do; what was once this rock band can now be remembered and preserved live.

“We’re even doing things with our shows. We did this 3D show last year. We’ve taken the whole concept and taking it further. I think we’ve managed to achieve that and I’m quite proud of that.”

As well he should be.

I plan to catch the Dallas stop of The Australian Pink Floyd Show here next month.  I’m sure that Time will be blaring out of the band’s wall of speakers on the stage and my now less-than-stylish hair will be sonically parted down the middle and I will feel it in my innermost being while getting rocked to the core.

And I expect that I’ll, obviously, never forget the experience. 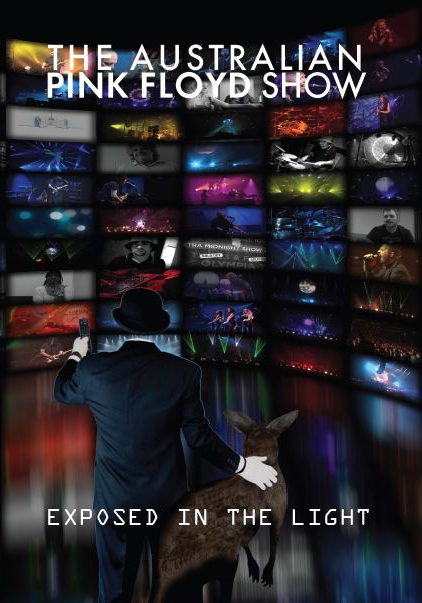 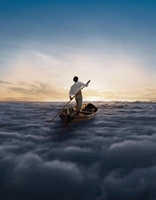