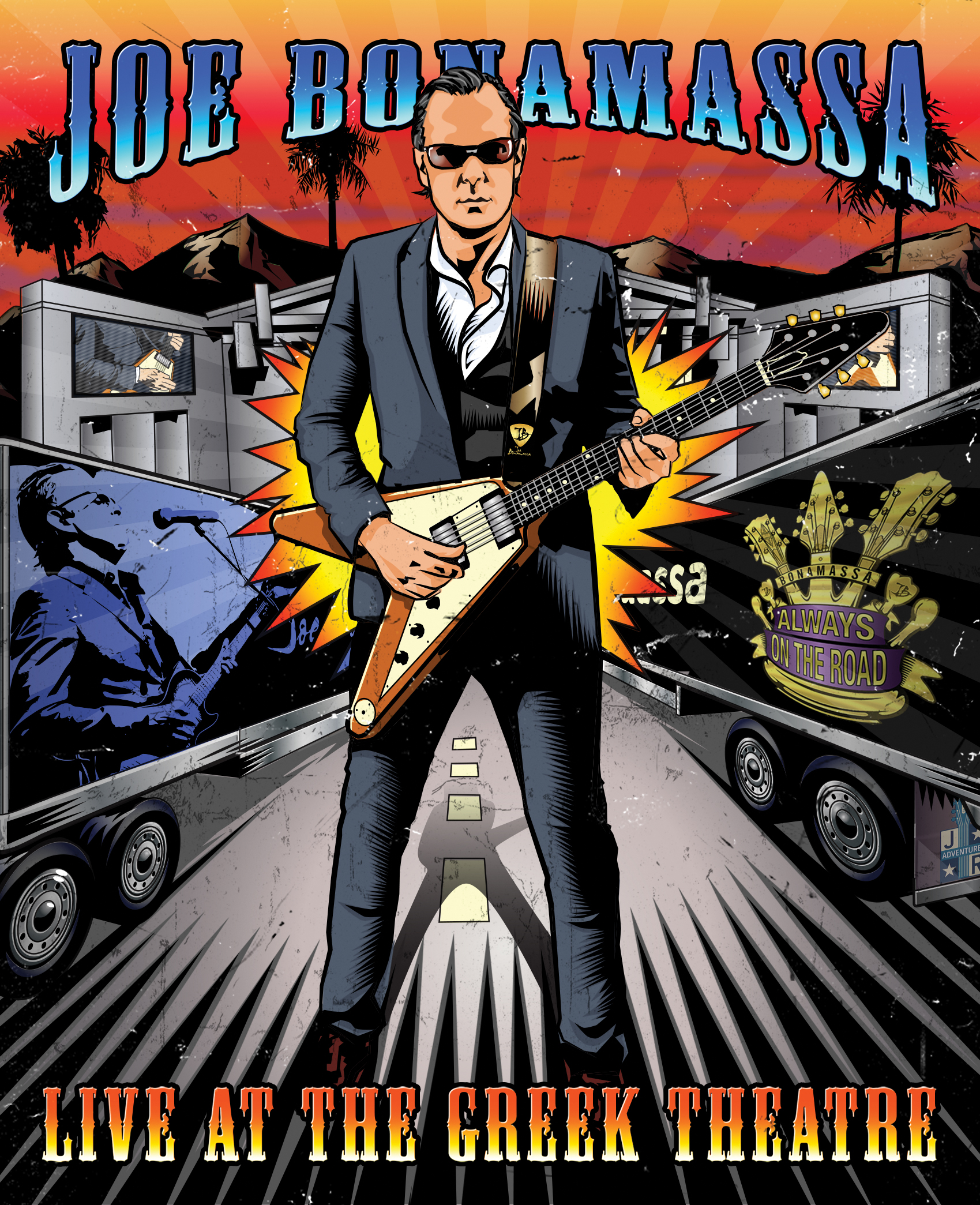 As I’ve reviewed Bonamassa projects in years past, I do now: Love it/buy it.

For those of you who require a little bit more info, here you go:

Grammy-nominated blues-rock guitarist Joe Bonamassa delivers Live at the Greek Theatre, a 22-track Double CD, Double DVD, Blu-ray, and 4-LP Deluxe Edition tribute to three of the greatest bluesmen to ever live – Albert King, B.B. King, and Freddie King. Live at the Greek Theatre showcases “The Three Kings” tour of 2015; a 14-date US amphitheater tour that culminated at famed Los Angeles venue The Greek. Bonamassa celebrates the trio of blues icons with over two hours of some the greatest blues songs ever written. The release includes a collector’s edition booklet, and several bonus features containing behind-the-scenes footage and more. Public TV and MTV Live, formerly Palladia, will broadcast the epic Blues tribute performances during their August and September schedules.

Playing on a warm summer night to a nearly sold-out crowd, Bonamassa’s handpicked set list of songs was called “spectacular” by Premier Guitar; Los Angeles Times said the show “had swing and polish” and that “Bonamassa evoked the signature licks of all three icons while managing to put his own stamp on things.”

Songs ranged from blues standards to deep cuts, including “Born Under A Bad Sign,” “Lonesome Whistle Blues,” “Hummingbird,” “Let The Good Times Roll,” and, of course, B.B. King’s famed “The Thrill Is Gone” as the evening closer. For Bonamassa, the tour’s importance deepened significantly when B.B., his friend and mentor, passed away two months before it began. “My only regret is that B.B. was not alive to see it," said Bonamassa.

Live at the Greek Theatre continues Bonamassa’s tradition of honoring incredible concert venues like the Royal Albert Hall, the Vienna Opera House, Radio City Music Hall, Red Rocks Amphitheatre, and the Beacon Theater. As with all Bonamassa DVD shoots, the performance at the Greek offered a unique presentation of this historical music.

This tour was a continuation of the celebration of our blues heritage, which began with the 2014 production of Joe Bonamassa – Muddy Wolf at Red Rocks, a tribute to the music of Muddy Waters and Howlin’ Wolf. Both tours gave a portion of proceeds to presenting partner Keeping the Blues Alive Foundation, a non-profit Bonamassa founded in 2011 that promotes the heritage of the blues to the next generation, funds music scholarships, and supplements the loss of music education in public schools.

Bonamassa’s most recent studio album, Blues of Desperation, released March 25, marks his 16th #1 Blues album on the Billboard charts, more than any other artist, and landed at #5 on the Billboard Top Album Sales, his highest charting yet.

Joe Bonamassa fans will most definitely want to make sure that they include both the CD set and DVD in their music libraries.