Do you remember the “Jay Walking” bit that Jay Leno did on his original late night show? He might still do it but I gave up late night TV for  . . . for . . . sleep!  Anyway, I would love to do my own version of Jay Walking.  What I would do is ask people various trivia questions about classic rock.  Based on my own private discussions with friends, it would be a hoot to see what kind of answers I would get.

Case in point: Take the subject of Johnny Winter.  I’ll bet you a dollar to a donut that the person on the street will react in one of three ways (just like some of my friends), when I mention this legends name.  Those reactions would be either a blank stare and then, not wanting to look ignorant, say something really stupid like, “Any relation to Jack Frost?”Or, they may try saying something "brainy" like, “Oh, yeah, that comedian dude from the late sixties!

But the truly brainy ones, those well versed in all things classic rock and blues, a knowing smile will spread across their face with a response that will go something like, “Ah, yes!  PHENOMENAL guitar player!” Or, “YES!  One of the all time blues greats!”

As for me, when I ask myself these kinds of questions (and I do!), my mind flashes immediately back to the early seventies.  I’m sitting in the living room, having managed, somehow, to commandeer the only TV in the house, and watching Midnight Special.

I forget who else was on the show but I remember a fella by the name of Johnny Winter being introduced and this scrawny guitarist (are there any other kind?) runs out on stage and starts wailing away the most incredible version of Jumpin’ Jack Flash that I had ever heard.

I was mesmerized. I was in awe of the other-wordliness of the guitar playing and the showmanship.  In my pubescent mind, I was watching the bleeding edge of rock and roll.

Later, I was to discover Johnny’s equally musically prodigious brother, Edgar.  Both men grew up in Beaumont, Texas, just 22 short miles from Port Arthur and another 60’s rock icon, Janis Joplin.  Johnny and Edgar were heavily influenced by the blues and gravitated to the blues clubs in the area, often being the only white guys in the crowd and not being hassled in the slightest.

While making a musical name for himself in Beaumont and the surrounding towns, Johnny was discovered by Rolling Stone Magazine, who featured him in a story about the music scene in Texas and declared him the hottest thing going outside of Janis Joplin.

This ultimately led to Columbia Records winning a bidding war for Winter to join their roster of artists. Later, Johnny drags kid brother Edgar along for what became their legendary performance at Woodstock.  While the performance didn’t make the original cinematic release, Johnny’s appearance is featured in the 40th anniversary DVD released last year.

With career spanning six consecutive decades, Winter shows no signs of letting up in touring and productivity.  In addition to a heaving solo touring schedule, he’s also slated to appear, again, at Eric Clapton’s Crossroads Festival in Chicago on June 6th, 2010. He’ll join a long list of other guitar legends for a day long festival of incredible music.

It was checking out Johnny’s tour schedule that I was excited to learn that he was going to be appearing in the Dallas area.  As I typically do, I did my darnedest to seek out an interview with Mr. Winter.  I was successful in landing a brief chat with Johnny a couple of weeks ago, being kind enough to answer a few questions.

Like Edgar, who I interviewed last year (here), Johnny is somewhat soft spoken and is a man of even fewer words. Since I knew our chat would be brief, I got right to my questions by asking what he had been up the last couple of years.

With his signature brevity, he replies quite honestly, “Enjoying the fruits of finally cleaning up my act by getting off of drugs and alcohol. It has made such a difference in my life.”

What else can be added to that?  With those monkeys off of his back, Winter has the strength and stamina to present stellar performances while on the road.  To that point, I asked him what can a fan expect to experience at one of his shows today?

“Mostly blues, but with some rock mixed in. I do songs from my past and present recordings. I have a great new band and a fantastic new guitarist Paul Nelson and of course I bring out my Gibson Firebird and play some slide. I don’t want to give away my whole set, but we really have a great time playing.”

In preparation for the interview, I had read where a book on Johnny was set for publication just after our chat was taking place.  I asked about it and, again, got a brief but informative answer.

“Yes, it’s called Raising Cane. I had a writer follow me around for some time and it covers my whole life from start to present. It makes for a very interesting read” he concludes with a laugh.

As I always try to do when interviewing people, I asked what would be the one thing that he felt has been least covered and understood about him and his work.

“Actually there has been nothing in my life that I haven’t been asked about - from drugs and playing to sex and rock and roll. If anyone has any questions they should read the book. It’s a very descriptive account of my life even though a few of the people that were interviewed for the book might have sugar coated some of their stories about me for personal recognition. That’s happened a lot in my life. People say that they know me more than they actually do or that they’ve been involved in helping me more than they really did.”

Since most fans, critics and observers consider Johnny Winter the definitive “blues man”, I asked him what his opinion of the state of the blues today in today’s music market.

“I don’t think the blues will ever go away. It has moments when it rises to the top and moments when it takes the back seat. But it is and will always be an important part of any style of music.”

Since the blues is foundational to much of rock music, I asked Winter if he saw the blues saving the music business or was it even the place of the blues to do so.

“Like I just said, there has to be blues in any style of music. That’s what gives it its feel and soul.”

As previously noted, Johnny Winter’s career spans six decades.  He’s, no doubt, observed lots of changes, both positive and negative, in the music business. I asked him what has been the most positive change he’s seen in the business.

“There’s been hundreds of changes, both in promotion and the birth of new styles of music out of old styles. Nowadays, which is a good thing, both old and new music is respected.”

I asked Johnny to reflect, for just a moment, on if he were a teenager today and was angling to get into the music business.  I asked him how he would enter the business today, given what he knows now and would his style, musicianship and musical interests be different.

“I don’t think it matters what era you’re in. If you’re good, you’re good.  You really have to practice and study hard. If you have the talent someone will notice.”

“I have always and will always love the blues. Whether I started in the 60’s or last week, I’m a bluesman and I will stay that way until I die”, he says with his trademark smile.

I asked Winter if there are any new artists out that is commanding his attention.  I had a few names in made (who will remain nameless) that I thought for sure he would mention.  I should have known better.

“The truth is I really only like listening to blues from the past. Robert Johnson, T-Bone Walker, Muddy Waters, and mostly blues from the 50s.  That’s what inspires me!”

As was mentioned earlier, Johnny was born and raised 22 miles northwest of where Jani Joplin was born and raised.  This October will mark the 40th anniversary of the death of Joplin. Their professional paths wound up crossing and he come to know Janis.  I asked him if there was anything he felt was misunderstood about the late icon.  Again, his answer is short and sweet.

“I think the description of her history has been pretty accurate.”

In asking what his foremost memory of Joplin was, Winter shared this amusing story:

“I remember one time we went together to see a Mae West movie and I was wearing a long coat with fur lapels. The audience turned around, saw me and started to applaud, thinking that I was Mae West coming to watch my own movie.”

With no signs of slowing down, I wanted to know what was next, CD-wise, from the guitarmeister.

“I just signed a deal with Megaforce Records and I plan on putting something out within the next year.”

After the interview, I reflected the conversation and how, if at all, my impressions of the man had changed.  I suppose that I expected someone who was as flamboyant in conversation as he is on stage. Obviously, Winter is the exact opposite.  He’s a man of few words but what he says reflects exactly what he means.  Nothing more, nothing less.

While putting the interview to paper, I decided to check out other interviews to see what I could have done better.  While watching the videos of some of his interviews, I was noticed something about this legendary man.  As when I interviewed Johnny, when the subject is about Johnny the man, he says only what needs to be said.  I chalk that up to humility.

However, when Winter is asked about other people or music, he breaks out beyond the tight circle of words and is much more vocal.  Even when talking about his music, he becomes very animated.  While some might say, “Of course! He’s talking about HIS music!”

I don’t think that’s the point.  I believe that it’s because he’s talking about MUSIC, period.  Johnny Winter is all about the music, especially the blues.  That is his love, his passion and is what flows in his now clean and always gifted veins. To Johnny, it’s always about the music.

While minor aspects of my perceptions of Johnny have been slightly altered, what hasn’t changed is my perception of Johnny Winter being the consummate rock and blues guitarist.  He’s that and more. He’s a man who, after long, painful battles, has finally successfully conquered his demons while not quenching the creative spirit within.

Read more about Johnny’s story in Raisin’ Cain: The Wild and Raucous Story of Johnny Winter, published by Backbeat Books. If that doesn’t satisfy your Winter itch, check out his website, www.johnnywinter.net.  In addition to finding out what he’s up to, you can avail yourself to the many quality items he has for sell at his online store. 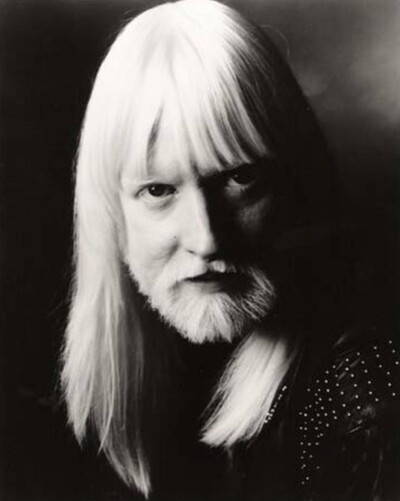