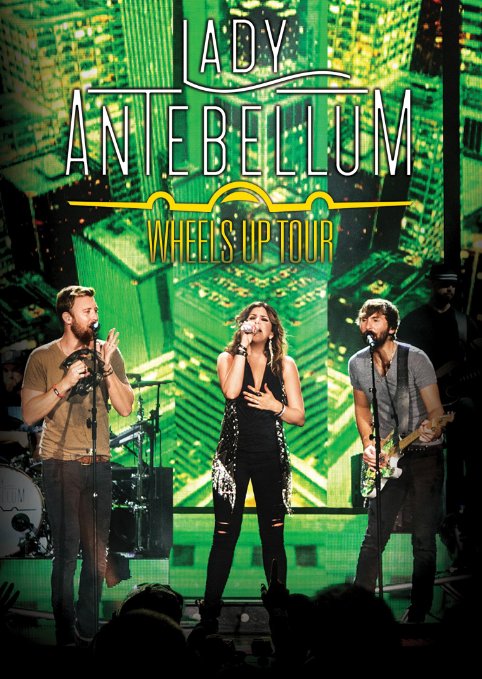 In the eight years since Lady Antebellum hit the country music scene like a hurricane, the trio have become a seven-time Grammy-winning act, recorded a multitude of hits, and a phenomenal loyal fan base worldwide.

Earlier this year, Lady Antebellum’s Wheels Up 2015 Tour started in Oslo, Norway and traversed Europe, Australia, and North America before it concluded in Las Vegas, at the beginning of October. During the tour, it was decided to produce a concert film from one of the stops – ultimately deciding on the band’s June 27th Irvine Meadows Amphitheatre in Irvine, California, show.The Wheels Up 2015 Tour set showcases tracks from the band’s most recent album 747, alongside hit singles and fan favorites from across their career, including “American Honey,” “Need You Now,” “Bartender,” “Our Kind Of Love,” “Just A Kiss,” “I Run To You,” “We Owned The Night,” “Dancin’ Away With My Heart,” “Compass,” “Love Don’t Live Here,” among other great tunes.

Particularly enjoyed by Boomerocity are the band’s covers of Aerosmith’s “Walk This Way” (with Hunter Hayes kicking some major butt on guitar and Sam Hunt serving up lead vocals) and Fleetwood Mac’s “Landslipe”. Either one of these two covers are worth the purchase price of this tremendous concert DVD.

Scattered between the live songs, the film features behind-the-scenes snippets, highlighting the band meeting fans, the spectacular set design and intimate moments on the tour. It’s the ultimate Lady Antebellum tour experience, fully immersing viewers in their life on the road.

Released just in time for the Christmas season, this disc will be an excellent gift idea for the country music fan on your shopping list.

Jeffrey Morgan - The Creem of the Crop of Confidential Rock Critics
380 views
Posted October 2021 Click Above To Order Your CopyAs a teen in the seventies, I didn’t get to buy a...