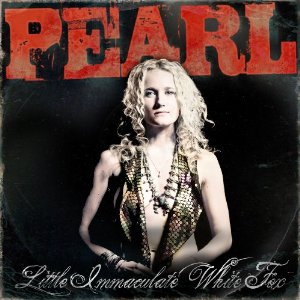 There’s an old saying that states that the apple doesn’t fall far from the tree. When it comes to rock and roll and Pearl Aday, daughter of rock icon, Meat Loaf, the old saying couldn’t be truer. This is very evident with her debut album, Little Immaculate White Fox.

This album is a wild rocket ride that dares you – know, make that “defies you” – to hold on for dear life.

Right out of the sonic gate is the autobiographical song, Rock Child, which, if you’re sitting right in front of your stereo while listening to it, it will part your hair right down the middle. No, really! It will. My gosh! This song, and this girl, will prove to you that she has the pipes that will blow your mind. Her range and diversity of delivery surpasses some of her more experienced idols.

Also on the disc is a great cover of the Ike and Tina Turner classic, Nutbush City Limits. I’m a Tina Turner fan but, I must say, Pearl’s version of this is right up there in quality with Ms. Turner’s. The only way to improve on either version is to have them do the tune as a duet. That would be worth triple the price of admission to witness that!

One of the more downright creepy tunes I’ve ever heard is Broken White. Inspired by a painting that Aday saw previewed in New Yorker Magazine, the song is about a rape and murder victim who comes back and haunts her attacker. Though a dark song, it rocks with the blistering guitar work provided by her husband, Anthrax guitarist Scott Ian as well as by Carl “Nalle” Colt.

If you bought Immaculate for only one song, that song would be Check Out Charlie. Why? Well, besides being an incredibly great song, guest guitarist, Ted Nugent, adds his signature licks to an already great tune.

Okay. I lied. There’s another single reason (a contradiction?) to buy this disc: Mama. This tune has the makings of a rock classic. I have found myself having this song on repeat repeatedly (that phrase is courtesy of the Department of Redundancy Department). You can catch her phenomenal performance of this song here on YouTube. I wouldn’t be the least bit surprised if a country artist covers this one in the near future.

Probably the most mellow cut of the disc is the Raitt-esque My Heart Isn’t In It. This song has all of the makings of a terminal earworm with Ian’s great guitar work with an assist from Jim Wilson.

Immaculate closes with a beautiful love song entitled Anything. This one will have you taking your loved one and dancing a slow dance wherever you hear it played. Yeah, it’s that good.

These are just some of the eleven great songs on Little Immaculate White Fox. I don’t want to tell you everything. You just need to discover the songs for yourself by ordering the disc by clicking on the image above. You can also read the Boomerocity interview with Pearl by clicking on the widget at the bottom of this page..

Keep an eye on this girl, folks. We’re going to be hearing a lot from her for a very long time. 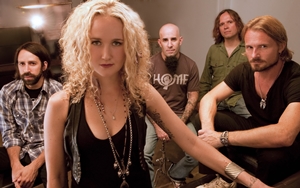