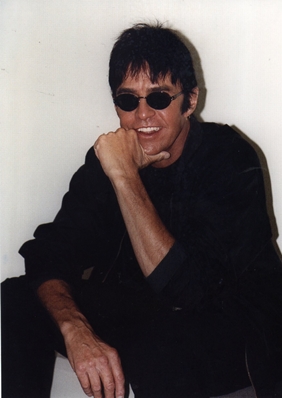 We all remember the 60’s and all the great groups that permeated the times.  A signature of those times was the “regimented” look of the band members.  Whether it was suits, dresses, or even uniforms, yes, uniforms, it was felt that bands needed to have some sort of similar attire.

One group found that their uniforms were almost as famous as the band itself.  That group was none other than Paul Revere and the Raiders.  The name of the band pretty much begged that they wear colonial soldier uniforms and so they did. Frontman, Mark Lindsay, became even more “revolutionary” by growing his hair long and wearing it in a ponytail that was typical of colonial men.  The name, Mark Lindsay, became synonymous with the signature ponytail. And this was back in 1965!

Despite their notoriety related to their stage wear, Lindsay and his fellow merry raiders enjoyed a pretty decent list of successful hits.  Songs like Louie, Louie (recorded around the same time and in the same studio as the same hit by The Kingsmen), Kicks (their best-known hit), Hungry, Just Like Me, What’s It Gonna Be?, Good Thing, and The Great Airplane Strike , made Paul Revere and the Raiders the top-selling rock group at Columbia Records in the mid to late sixties. The band added to their notoriety by being the featured band on Dick Clark’s Where the Action Is.

Mark and the band closed out the sixties with sixteen Top 40 Hits.  However, it wasn’t until 1971 that the Raiders had their one and only number one hit with Indian Reservation (The Lament of the Cherokee Reservation Indian) which, at that time, was the largest selling single for CBS Records.

Mark Lindsay also enjoyed his own successful solo recording career with songs like Arizona and Silver Bird (which later also became a Yamaha commercial).  He left the Raiders in 1975, with his solo career interrupted only by a stint as an executive with United Artists Records.  He also enjoyed success composing music.

In recent years, Mark has ridden the nostalgic wave by performing his iconic hits (Raiders and solo work) while on successful tours including the upcoming Happy Together 25th Anniversary Tour with the likes of The Turtles, The Monkees’ Mickey Dolenz, The Grass Roots, and The Buckinghams.

With such an impressive and illustrious list of accomplishments, it was an honor to have been able to recently chat with Mark Lindsay about what he’s been up to, the Happy Together Tour and his views of the music industry.

With a career that spanned over forty years, I asked Mark what sort of demographic made up his fan base and the attendance at his shows.

With a chuckle, he replies, “Judging from the stuff that we get on Facebook and the audience that shows up, it’s across the board.  We have fans from the ’60s who grew up with that music and there are a lot of kids there, meaning from 16 to 20 who have discovered rock and roll, I guess, and, maybe, these old, ‘classic artists’, I’ll call them, and are really liking the music.  It’s crossing three generations. It’s amazing!”

In discussing the “legs” that classic rock still has in the music industry today, I asked Lindsay why he thought the genre is still popular today.

“I think that the music that appealed to teenagers at the time it did, there was something in the songs  - in the music – that tweaked an adolescent fancy, let’s say, and it still works today.  Of course, if you grew up with it, you’ll never let it go.

“Again, it just maybe something genetically that teenagers related to then still works now. There are a lot of new groups today that are having a lot of success but it’s still rock and roll.  It’s just another color but its rock and roll.

“It’s funny but rock and roll has had the longest run, I think, of any genre of music.  For example, every big ‘fad’, we’ll call it, or ever big ‘bump’ in music has had a decade or so of popularity. Like ragtime or swing or whatever it might be only had a decade or a decade and a half of popularity.

“Rock and roll came in and everybody thought it was going to be a passing fad, including Mitch Miller, the guy who signed the Raiders to CBS.  But rock and roll just has legs.  There’s something about the music that gets in your soul and you can’t let it go!

“There was a focus and rock and roll had a focus.  You mix in a couple of parts of teenage angst and some longing and some desire, it just crosses a lot of emotional bounds or boundaries and you put it all together. Also, there are only eleven or twelve notes to deal with.  I can sit down and write you a totally original tune that’s never been heard before and it would be very convoluted.  But, there are only certain intervals and jumps, if you will, that sound right to the human ear – to western music.  You can go far afield if you want, but it has to stay within certain boundaries, to a great extent, or it’s not going to work. So, you follow the formula and it works.  If you get to far afield, you go, ‘Yeah, that’s interesting’, next?  Isn’t this innovative?  Yeah, but it sounds like crap!

Even though Mark enjoys a successful tour schedule, there are still lots of fans who either haven’t seen him in over 30 years, if at all.  So, I asked him what his fans can expect at his shows today – especially on the Happy Together Tour.

And for those who did see him back in the day, what would be different with today’s show from then?  With a laugh, he says with a laugh, “It’s just better now, of course!  It’s funny, but I think that I’m actually singing better now than I did then.  I work at it now.  Before I just never spent any time working on the fundamentals but now I do vocal exercises and stuff just to stay in shape but it’s actually improved my voice. So, there you go!  They’re going to hear the songs probably sounding better than they did in the 60’s live.”

Segueing to the subject of the Happy Together tour, Lindsay adds, “They (the audience) get a real slice of the sixties – instead of seeing one or two artists, you get a whole cross-section of the music of that time because you have five or six artists. It’s kind of like putting your iPod on shuffle and listening to your favorite artists.”

With all the music Mark has been behind as well as the great artist he’s worked with, I was curious what music from today’s roster does he like and what is on his iPod.

“I love Coldplay.  Their songs are real songs.  The Killers have some good stuff.  There are some groups out there that are good but Coldplay is one of the groups that are really hot – have been hot for quite a while. Their songs are almost classics already. They’re writing good songs – good melodies.

“I like Brad Paisley and Keith Urban.  They’re both really talented.  They write great songs and they play their butts off!  I’m a big fan of both.  There are other people, too, but those guys are standouts because they’re really complete musicians and writers.”

Even though a lot has been written about Lindsay and the Raiders, there had to be some things that are least known or are most misunderstood about them.

“Well, I doubt that the Raiders will ever get in the Rock and Roll Hall of Fame and that’s not based on their musical ability.  I think when people think of Paul Revere and the Raiders, they immediately think of the revolutionary costumes – because we were on television so much – in fact, we were the most televised band in the ’60s.  We did almost a thousand television appearances. Of course, we were wearing the tights and the high boots, raider coats and the hats.  People just have that emblazoned in their memory and I think they think of the silly outfits and they don’t realize that we did some pretty good rock and roll music, too.

“I know that the Raiders have come up many times to be suggested to be nominated (into the Rock Hall of Fame).  People just see the uniforms and don’t think of the music and we just get voted down.  You never know! If I could change just one thing, I would tell people, ‘Just listen to the music and forget about the clown suits!’”

From the vantage point of over forty years in the music business, I asked Mark to relay what he sees as the biggest changes in the business.

“Well, one of the biggest changes, of course, because it’s a whole new genre of music, would be rap music.  I’m not going to judge whether it’s positive or negative.  Obviously, it’s positive from a revenue standpoint.  I think some of the rap music is a little violent but a lot of it is positive, too. I don’t want to throw the baby out with the bathwater but I’d say the advent and dominance of rap is the biggest change I’ve seen in my musical career.”

I was curious about what Mark would do differently if he were 15 today, looking to enter the music business.

“That is a good question!  If I was starting today, I would be like kinda like Eminem. I would be a white artist with some music behind me. I always liked rhythm and rhyme.  I’m guessing that is where I would get into because I’m not a virtuoso on any instrument.  I write a little on piano and play a little guitar but you don’t want to hear me play in person!  I did play some sax.  I’ve always been stronger with lyrics than with music, although I do write both, I would probably gravitate more to rap.”

Is there a band today that makes Lindsay think: They’re the Paul Revere and the Raiders of today?

“No, there are so many very interesting groups today that aren’t that commercial.  I can’t pick out one that group that if you set back the clock that they would be the Raiders.

As our time together was drawing to a close, I asked Mark what projects we could expect from him in the near future.

“Actually, I’ve been going through half-finished – as Paul Simon said, ‘Looking through manuscripts of unfinished rhymes’.  I’m looking through some stuff and there are a couple of songs that are finished.  A couple I’m looking at and going, ‘Yeah! That would really work!’ Some of them might be kind of far out, lyrically.  The ideas are pretty strange but they’re rock and roll and I think that they might work! I’m sifting through the ashes and seeing if I can start a fire.”

Speaking of fire, if you would like to revisit that spark of the hot, musical passion from your youth, you can see Mark Lindsay during the Happy Together 25th Anniversary tour beginning this summer.  Click here to see if the tour is coming to a town or city near you.

You can also keep up with Mark’s latest activities by bookmarking his website, www.marklindsay.com.  You can also take advantage of his free e-mail newsletter and check out the musical goodies and memorabilia at his store on his website.