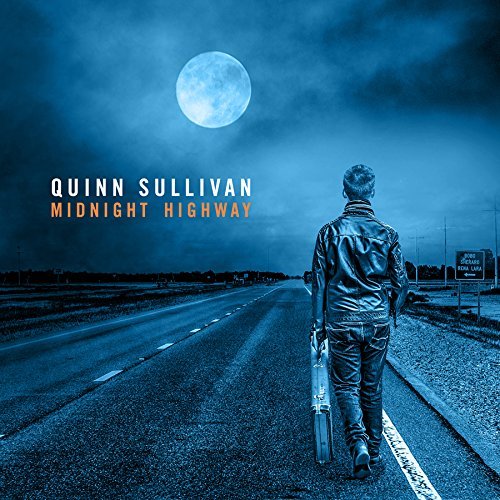 Boomerocity always loves turning our worldwide readership onto hidden gems in the form of musicians – the younger the better. Today is no exception. In fact, you’ll remember this day because you’re about to be turned on to who will undoubtedly be referred to as the next Buddy Guy.

His name? Quinn Sullivan and he’s a very ancient seventeen years old. Seventenn. As in, “not seventy” . . . though, when you listen to his guitar work, you’ll swear he’s a seasoned blues man every bit the age of seventy.

Quinn is a young man with a truly incredible story - he first picked up the guitar at age 3, was featured on Ellen DeGeneres at age 6, and was discovered by Buddy Guy at age 8. He’s been on a wild ride ever since, performing w/ legends like Eric Clapton and BB King, playing top festivals around the world, and being featured on virtually every major TV show, including TODAY, Colbert, Letterman, Ellen Degeneres (twice), etc. Watch a recent segment on CBS This Morning here.

Now, at age 17, Quinn has scored his first major record deal - ‘Midnight Highway' was recorded at the legendary Blackbird Studio with many of Buddy Guy’s closest collaborators.

Midnight Highway is one of those CD’s that you’ll listen to over and over, hearing something that you didn’t hear during previous listens. Like his guitar playing, his songwriting is like artists many years his senior.

The first cut on the album, is so down and dirty, you find yourself spitting the dust from the crossroads from your mouth as you listen to it. Yet, as gritty as that song is, the title tune sounds smacks of the smoothness of blues that you might hear on a Tedeschi Trucks Band album. How’s that for depth and breadth of talent and sound?

Sullivan’s tip of the hat to George Harrison comes in the form of a solid cover of While My Guitar Gently Weeps. Listen to this with earbuds/headphones on and you’ll the incredibly intricate guitar work layered on this recording.

Oh, and let me just say that the last cut, Buffalo Nickel, is worth countless slaps of the repeat button. I’ll just leave it at that.

There are thirteen tunes on Midnight Highway. Any given song on it are worth the price of the whole album so you’re going to know you’ve gotten an sonic bargain.

Don’t doubt me on this: Buy this album.