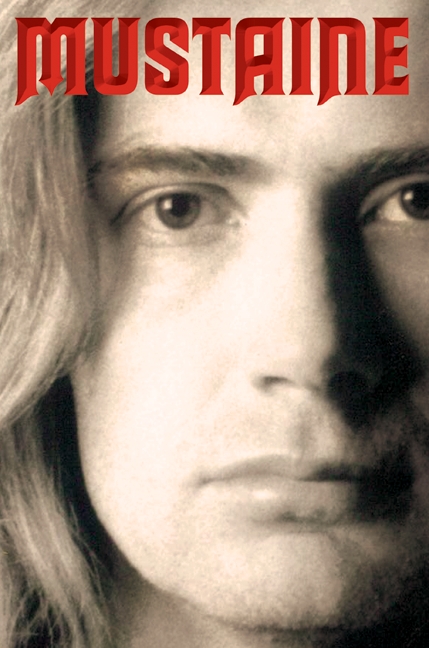 Dave Mustaine founder, guitarist and front man for the heavy metal band, Megadeth, typically generate a variety of emotions resulting from his stage banter, interviews and music. Megadeth fans will instantly give the horns sign with one or both hands as they exhibit their sweet air guitar skills.

Others who might be fans of a competing bands like, say, Mustaine’s first band, Metallica, are likely to pontificate about the finer points of guitar skills between Mustaine and Metallica’s Kirk Hammett. And, still others who are aware of Mustaine’s conversion to Christianity are keenly interested in the strength or weakness of his walk of faith.

As an avid student of celebrities and personalities as well as a Christian, I was eager to dig into the newly released paperback edition of Dave’s autobiography, Mustaine: A Heavy Metal Memoir. I’ll be honest: I wasn’t expecting much from the book because, well, I’ve never read a head banger’s autobiography before and really thought I was going to be bored out of my aging mind. Boy, was I wrong.

The book is very heavy in personal introspection and transparency. The reader will learn very quickly what make Mustaine tick and what ticks him off. Megadeth and Metallica fans will read lots of inside scoop on the history of both bands and lots of stories behind the songs. Dave also shares a lot of the interpersonal dynamics between him and the various configurations of his heavy metal enterprise.

Christians who pick up the book expecting to read something along the lines of B.J. Thomas’s Home Where I Belong will be shocked. The language in the book is raw. Very raw. And, while I’m not one who uses the same kind of language as Mustaine chooses to use, I found his transparency and his simple, level-headed approach to his faith actually quite refreshing.

For those of you who run, not walk, from all things Christian, don’t be such a wuss. Mustaine’s book isn’t “churchy”. Actually, it’s far from it. He states his faith in a matter-of-fact manner and doesn’t try to jam anything down the reader’s throat. He just puts himself out there as he is and you can take him or leave him. Either way, he’s just going to keep on doing what he’s doing while devoting more time to his family.

The reader will get the very clear impression from Dave that he knows he’s lucky to still be playing guitar after going through his debilitating affliction with his money-making left hand. He also comes across as one who knows darn well that he shouldn’t be alive and is living life as one who is fully enjoying his umpteenth chance at living life to its healthy fullest.

If you love reading about talented people – especially those who love a great rags to riches story, you’re gonna love Mustaine: A Heavy Metal Memoir. While you’re ordering your copy, why not go ahead and get some Christmas shopping done for that head-banger friend or relative by picking up an extra copy or two? Just a thought.