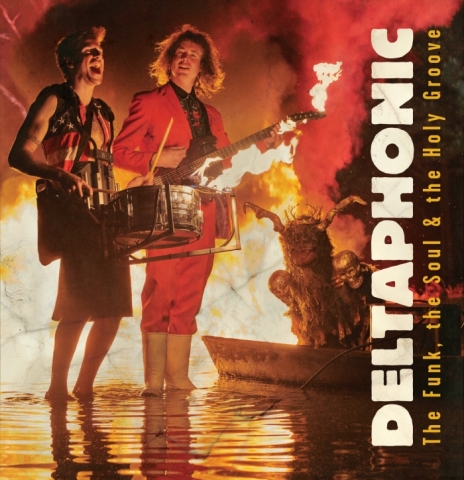 Unless you’re a die-hard funk/soul aficionado, then the odds are you’ve never heard of New Orlean’s delightful and dirty little secret, Deltaphonic.

That is no longer the case. You’ve been made aware. Fully aware.

Deltaphonic is a raw, gritty, funky, soulful band that you’re going to immediately fall in love with and wonder why you’re just now hearing about them as they release their third album, The Funk, the Soul & the Holy Groove.

The disc blends New Orleans funk, soul, and hill country blues-influenced rock n’ roll into a deliciously gritty sound that exists in a realm of its own. The album’s ten original songs tell stories of struggle and redemption in the voice of someone who has learned hard lessons and survived to laugh about it.

In fact, Deltaphonic is no stranger to hard times. They’re the kind of band that lives the songs they sing, often undergoing whatever bizarre or frightening experiences are necessary to progress down their own road. The resulting memories, coupled with songwriter Andrew T. Weekes’ obsessive dedication to capturing the hilarity and essence of life without contrived excess, make the songs on this album a force to be reckoned with.