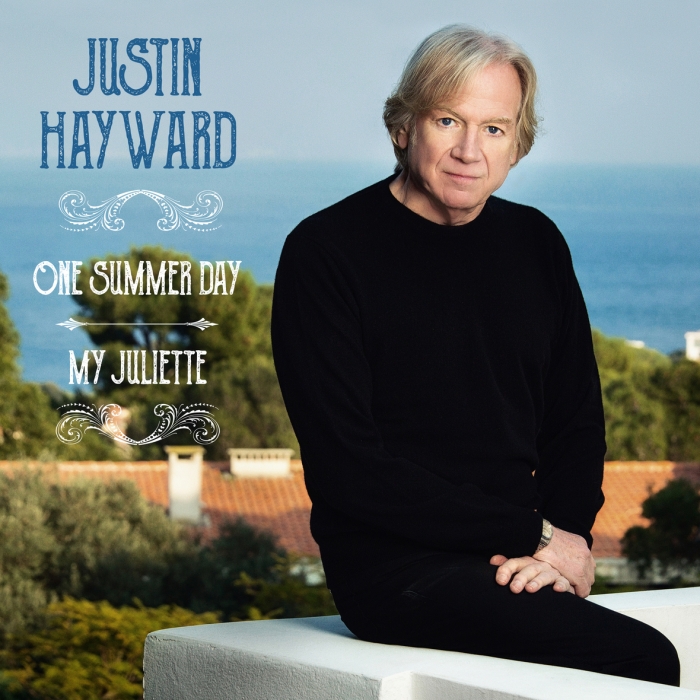 Baby boomers everywhere remember the prog rock group, The Moody Blues. Often associated with the then “underground” FM radio formats, the Moody Blues enjoyed popularity in that format as well as pop radio with songs like “Knights In White Satin”. Key to that band’s sound and songs was legendary singer-songwriter Justin Hayward who has released the digital-only EP One Summer Day / My Juliette.

This two-track release is available via all digital service providers. Whether performing solo or with The Moody Blues, Justin Hayward’s songwriting is known for its thought-provoking lyrics and inventive melodies. These qualities are fully displayed in the new tracks “One Summer Day” and “My Juliette.” “One Summer Day” is written in a conversational style, telling the story of unexpected events taking place one day in the summer.

According to Justin, the song came about in an organic manner. “[It] just sprang out of my old Martin guitar late one evening...I had been playing the riff for a while just for fun, without realizing it could actually be a song.” “My Juliette,” which references Danny Williams’ early 60s recording of “Moon River”, was inspired by Justin’s childhood fascination with the theater. His mother played piano for a repertory theater group during a summer in his childhood. He played guitar for the company, and was drawn into the artistry of the stage, from Shakespeare to pantomime. “I was entranced and I still treasure every moment of that theatre life,” Hayward continues. “I had the song for years before I was sure I wanted to actually finish or record it because I enjoyed just playing around with it.”