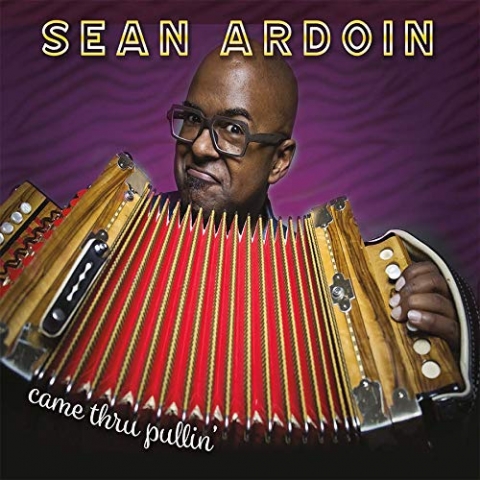 If you’re into zydeco music, then you likely already are familiar with Sean Ardoin. If you are just getting into the genre, then Sean Ardoin’s new disc, Came Thru Pullin’, is a great place to start.

On the heels of his Grammy-nominated CD, Kreole Rock and Soul, he’s reimagined 10 songs from his previous 20 years as a solo artist. He’s added modern sounds to old zydeco classics from his extensive songbook. “Came Thru Pullin’” is a clarion call to the listeners, alerting them to the wild musical journey they’re about to begin. The 8 songs in the middle of this Kreole Rock and Soul sandwich all lead up to the climactic closer, “Shut em Down.” Sean says he likes telling stories with his songs and that music should take you places and give you the opportunity to choose to be happy.

Zydeco enthusiasts know that the Ardoin name is one of the most revered in Creole and Zydeco music. Sean Ardoin’s family legacy started with legendary Creole musician Amede Ardoin, whose songs are the foundation for Cajun and Creole music; followed by Bois Sec Ardoin, one of the best-known practitioners of the state’s rural Creole sound for six decades; and his father, Lawrence “Black” Ardoin. After co-leading the critically acclaimed Zydeco outfit Double Cluthin’, Sean set out on his own musical journey in 1999.

Roll into zydeco by ordering Came Thru Pullin’.