No Sympathy for the Devil: Christian Pop Music and the Transformation of American Evangelicalism 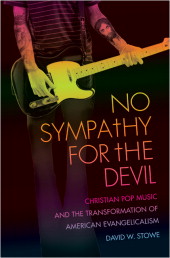 In the 1970’s, a psychedelic Jesus adorned the cover of Time Magazine. Songs from the musical, Godspell could be heard on Top 40 radio, while Jesus Christ Superstar won several Tony Awards as its soundtrack hit #1 on the Billboard album chart. Famed artists like Bob Dylan, Johnny Cash, and Marvin Gaye were all comfortable mentioning Jesus in their popular songs. In fact, even the President of the United States claimed to be “born again.” This was the era of the Jesus Revolution.

Let down by the failure of the “Summer of Love,” street kids and spiritual seekers in California began to turn to a most unexpected form of religion, Christianity. When these new converts came to church they brought with them their hair, their jeans, and most importantly, their style of music. Fuelled by “Jesus Rock” and its artists, within a few years these “Jesus people” had become a large social movement that rejuvenated Evangelical Christianity and spread into popular culture. Oddly, by the next decade, most of this public spiritual emphasis had seemingly disappeared. Or did it become something else? If, like me, you’ve ever wondered what happened to the energy, creativity, and promise of the Jesus Movement and its music, David W. Stowe’s No Sympathy for the Devil may answer some of your questions.

Stowe believes that the Jesus music of the late ‘60’s and ‘70’s, “helped create a space at the heart of America’s commercial popular culture for the talk of Jesus, God, and all things spiritual.” He shows how this was achieved by putting Jesus on the pop music charts, separating the new, hip Christianity from the mainstream, mainline churches of the era, and by promoting non-formal liturgy, casual dress, and pop music in the churches. This is how the self-proclaimed “Jesus freaks” influenced traditional churches. However, once accepted into those churches, Stowe states that the new converts were mainstreamed by the teaching of traditional morality, end-times prophetic scenarios, and an atomistic, individualized form of salvation instead of one which emphasized justice or community ethics. In this manner, the free-wheeling hippies of the Jesus Revolution gradually morphed into the foot soldiers of the Moral Majority and the Reagan Revolution.

In order to prove his premise, the author takes us through an entertaining social history of Jesus music and what he calls, “spiritually inflected pop.” This is accomplished through extensive research and personally conducted interviews. All of the major personalities are here: from Larry Norman, the father of Christian rock, who rebelled against his Baptist upbringing and wondered, “Why Should the Devil Have All the Good Music?,” to Lonnie Frisbee, who went from baptizing Jesus people in the Pacific, along side Calvary Chapel’s Chuck Smith, to dying from AIDS in 1993. Andraé Crouch, Barry McGuire, 2nd Chapter of Acts, and the overly-intense Keith Green are all featured. Love Song and others affiliated with Calvary Chapel’s Maranatha record label are covered, including Children of the Day whose style of music, featured on the Praise albums, led to the current trend of short catchy worship choruses being preferred to traditional hymns in most American churches.

Along with a look at the two Jesus-themed musicals mentioned above, the stories of several traditional pop and rock musicians, who either converted or flirted with faith are also told, including Bob Dylan and his discipleship with the Vineyard Church, the soul to gospel transformation of Al Green, as well as looks at Cat Stevens, Billy Preston, Marvin Gaye, and others.

While not at all gossipy, there are many interesting, and often hilarious incidents recorded here. This is partially due to one of the book’s strengths: it is published by a university press instead of a Christian corporation that may have been tempted to protect its artists from criticism. One of my favorite stories occurs during the “Born Again” presidency of Jimmy Carter. His White House occasionally hosted gospel singings with picnics on the ground. At one of those events, someone talked them into inviting some of the recently popular Jesus Music stars as a change of pace, leading to a mix of country types, like Reba Rambo, on the same stage with Barry McGuire, The Archers, and somehow, Larry Norman. Norman, who was seated on a blanket next to the President, had been warned not to sing anything political. Never being one to miss an opportunity, he began his set with the line, “I was born and raised an orphan in a land that once was free,” from probably his most political tune, The Great American Novel! In spite of the outrage of some of the crowd, the President responded favorably and Larry promised to send his and Bob Dylan’s latest albums to The White House.

Although written by an academic (Stowe is an English and Religious Studies professor at Michigan State), this book is a very accessible, interesting read. There is a little repetition with characters being re-introduced, but that may be helpful for some. Each chapter ends by returning to the author’s focus on the transformation of Jesus people into modern Evangelicals. For anyone interested in roots of Christian Rock, recent church history in general, or important social trends of the 1970’s, I highly recommend David W. Stowe’s No Sympathy for the Devil. This is a book you’ll want to share with friends. I know I did. 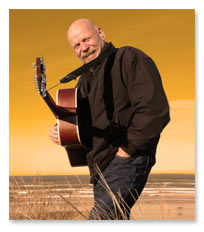 Barry McGuire, No Sympathy For The Devil, David W. Stowe